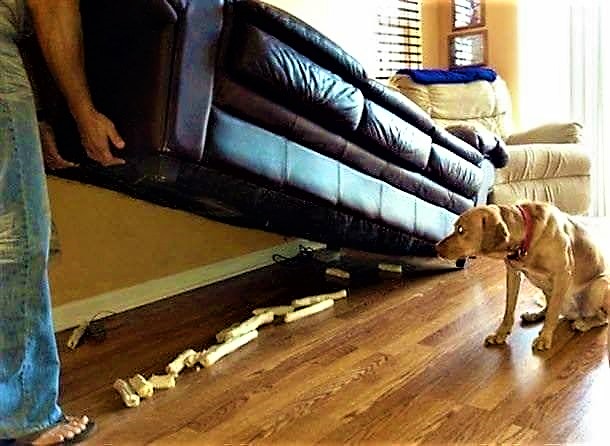 Thursday, February 06, 2020: It’s a perfectly crappy day to play what-if game. The rain coming our way would amount to 36 inches of snow … before the heavy stuff moves in. 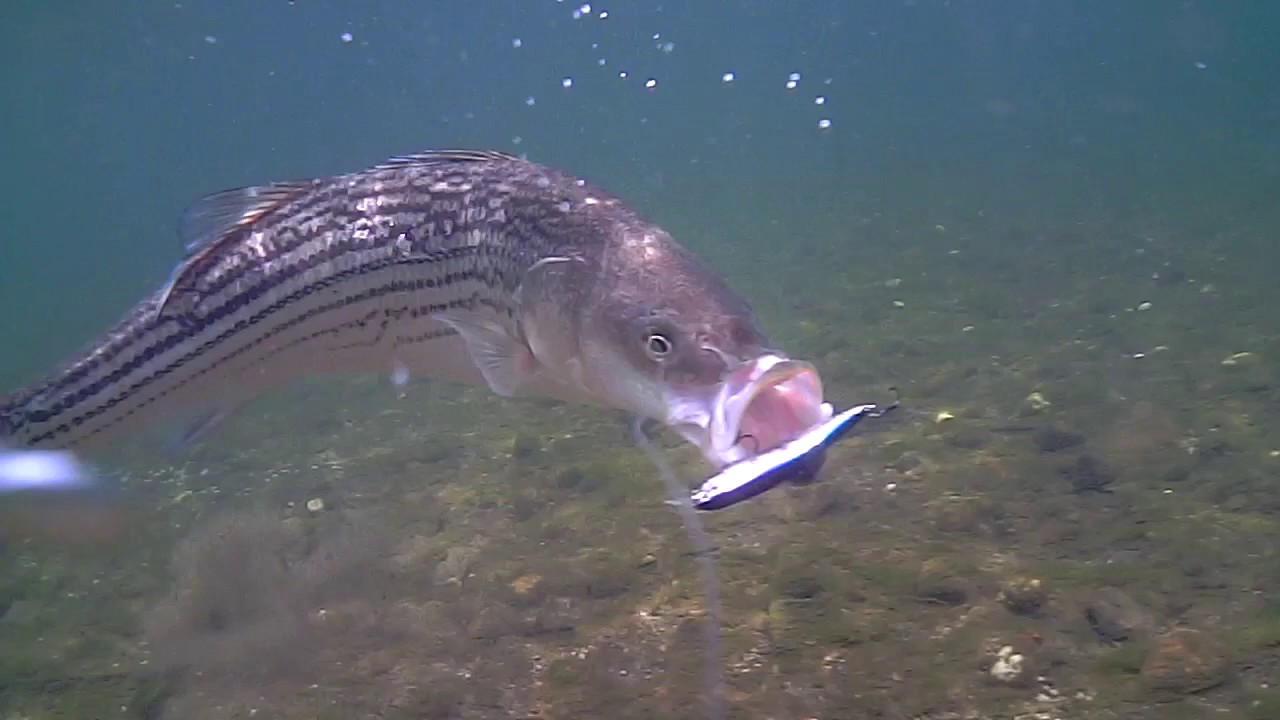 With indoor time aplenty, I’ll pass on the latest in striped bass options, brought to us by Rhode Island. Better yet, here’s Jim Hutchison Jr.’s pass-along:

“A quick update on striped bass regulations.  ASMFC met yesterday and essentially tossed all of New Jersey’s submitted ‘slot’ options for striped bass ‘conservation equivalency’ except one – the approved 28- to 35-inch slot option.  HOWEVER, because Rhode Island was able to get one of their options passed with an upper size limit of 40 inches, New Jersey pushed for a new motion to develop a similar conservation equivalency (CE) approach.

“In summary, ASMFC members seem to be sticking to their guns on this one, in keeping an upper limit to protect bigger, breeding fish.  What this means for New Jersey (just a prediction) is that the state’s advisory panel (slated to meet this evening) will review three different options, (1) the 28- to 35-inch standard, (2) an upper range of 30- to 40-inch slot limit, and (3) and lower range 28- to 38-inch slot limit.  I’m guessing on those numbers – I think it’s a close approximation as to what we’ll see presented on Thursday, February 13 in Manahawkin.”

This 40-inch potential adds a whole other inchiness to the looming option regimen. The “up” side, regardless of final decision, is the allowing of somewhat larger bass to be taken – without over-inflicting damage upon the “trophy” fish biomass. If we go the Rhode Island route I’m betting the bassophile realm will come down kinda hard on us. My bigger-off thinking is anything above the one fish at 24 to 29 inches will leave some breathing room for contests. A 40-inch max would sit just fine with the tourney community.

I’ll insert with a somewhat waning conviction that, locally, we are one of the top states for the catch-and-release of larger fish. I’m not quite as committed to that notion after seeing some wholesale keeping of pretty much inedible trophy bass by boat anglers this past fall.

That accusation does not even remotely apply to the majority of the boat bass,rs who abide by an inner-sport decree to let the big gals swim free. I fully understand how hard it would be for an occasional-at-best angler to release his/her first 50-pounder. I also know my buddies in the charter and headboat industry find it hard enough making ends meet without telling fares they really should release the largest fish they catch during a trip. Even suggesting such a thing can throw a damp fish rag over an otherwise fun day. That industry has to be on the side of the Rhode Island option.

While bandying about bass restrictions with fish folks, the question arose as to when a recovery could be seen. Since I’m certain the fishery is in excellent shape as a whole -- at the sub-40-inch level -- I’ll bet the farm that it will take fewer that two years to produce such a surge in striper numbers that something of an emergency increase in bass harvesting will be needed, hopefully targeting small "eater" stripers. No doubt the commercial realm will volunteer to rise up and meet the culling demand.

And, yes, it is culling because an over-abundance of bass spells doom for (partial list) weakfish, winter flounder, tautog and black seabass. In fact, any young-of year creature in Barnegat Bay will surely fall to the insatiable appetites of pampered stripers and fluke.

In the not-distant future, conservationists and fishery managers will look back in a mind-boggled manner, asking, “What were they thinking!?” regarding our disproportionate babying of more beloved species (bass and fluke) at the expense of virtually the entire ecosystem of both ocean and bay.

The older of old-timers, recall times when bass were an also-swam species, lagging far behind (in the minds of anglers) the channel drum, aka red drum, the kings of the surf and inlets. I’ll bet the bass barn that the over proliferation of stripers will doom doom any chance of a comeback of this amazing gamefish, the lifeblood of the Outer Banks. With ocean temp changes, there is a heightened potential that we could easily experience a return of this onetime top-dog species -- providing stripers are reduced.

Bear with me as a I repost this segment I wrote years back.

I know red drum, profoundly, though only historically speaking. Being a fishing-history devotee, I’ve read just about every shred of what little information there is on the red drum’s past in NJ, where it was known as the channel drum.

As a Jersey species, Sciaenops ocellatus was egregiously despised by baymen, who saw the bullish bottom-feeder as a fish non grata, an attacker of prized crustaceans and shellfish, especially oysters. Anglers felt the oft-jumbo channel bass muscled out the far more favored member of the drumfish family, like weakfish.

Angler/writer Al Ristori offers this historic read. “The first two world records for red drum came from Barnegat Inlet and ‘New Inlet’ -- and almost all of those fish were over 20 pounds -- causing major problems for anglers fishing for smaller species such as kingfish and weakfish as they ran off with expensive linen lines.”

By all indications, the times-past biomass of red drum in NJ, up to as recently as the 1930s, was on par with the famed red drum stocks of the North Carolina area. Such a significant bottom-foraging presence only heightened the distrust of the species, leading to its locally being intentionally and aggressively overfished – to within a scale-hair of extinction.

Old LBI fishing photos clearly show the slaughter. Dozens atop dozens of channel bass, including some looking to be an easy 50 pound, were caught, hand over foot, especially near Beach Haven Inlet. They were then traditionally hung for photos … before being used fertilizer or, more often, just dumped into the trash pits.

Below: This photo from the famed LBI history book “Six Miles at Sea,” by my late buddy John Bailey Lloyd, sure seems to show channel bass – though some folks argue they’re weakfish. No way. Same classic book shows those who hated the channel bass ... 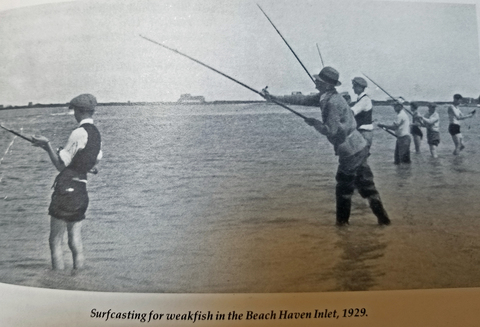 As to its culinary value, red drum was long thought of as being poor eating -- if not downright inedible. This distaste extended throughout much of its East Coast and Gulf shores range, though “redfish” (red drum) were occasionally eaten in the Louisiana Bayou, as proven by a 1933 recipe for “Creole redfish courtbouillon” cooked with ingredients like lard and claret.

Prejudice against eating red drum vanished in a TV flash when, in the early 1980s, chef Paul Prudhomme hyped “blackened redfish.” Its popularity went viral, helped along by Prudhomme marketing the exact ingredients needed to properly blacken redfish. The species’ popularity was soon bolstered by other high-profile chefs going big with red drum recipes. According to a New York Times piece by James Gorman, “On March 1, 2009, redfish was the ‘secret ingredient’ on the television program Iron Chef America, with competitors Mourad Lahlou and Cat Cora both preparing several dishes from the fish.”

Ironically, NJ’s red drum population was fished to near extinction for its thought eco-harmfulness and gastronomic uselessness, while, in modern times, red drum stocks across much of the south have been critically overfished for its deliciousness.

With southern stocks being ravaged, the red drum is now among the most highly regulated of all nearshore gamefish, more so than even stripers – though both were combined in Executive Order 13449 of October 20, 2007, entitled, “Protection of Striped Bass and Red Drum Fish Populations.” (I’ve attached that Executive Order down below).

One of New Jersey’s least-known size limits applies to the red drum: We can only keep one slot fish, between 18 and 27.99 inches, per day. Yep, that’s truly true. For that reason, the state record red drum of 55-pounds, taken (1985) in our own waters (Great Bay) by our own Dan Yanino (LBI) remains locked in place. Worrisomely, I doubt more than 10 percent of all saltwater anglers know about the red drum size and bag regulations, i.e. can you imagine the average surfcaster knowing to release a 50-pound red drum? And don’t think a drum that size won’t soon be coming our way – on the wings of a warming ocean.

California is set to become the first state in the US which will ban the manufacture, sale, and purchase of the fur of certain wild animals.

Additionally, California has come together with Hawaii and New Jersey in banning various animals for entertainment and circus performances, except for tamed cats, dogs, and horses. Violation of this law can lead to a fine of $25,000.

On October 13th, the governor Gavin Newsom signed a pair of bills. The sale and manufacture of clothes, handbags, belts or shoes with fur are to cease from 2023.

“California is a leader when it comes to animal welfare and today that leadership includes banning the sale of fur.”

This is considered to be a huge step against the inhumane practices towards wild animals, which contribute to their endangerment.

The Ethical Treatment of Animals lauded both new laws, and its vice-president, Tracy Reiman, stated:

“Today is a historic day for animals in California, including those who have been whipped into performing in circuses, or skinned alive for their fur or skin.”

“We applaud Gov Newsom and the state’s lawmakers for recognizing that California citizens do not want their state’s markets to contribute to the demand for fur products.”

While the law remains intact, it did face repercussions from the US fur industry.

The fur ban will still allow products used for religious or tribal purposes, as well as the sale of leather, dog and cat fur, cowhides, deer, sheep and goat skin, and any other skin preserved through taxidermy.

Violation of the law might cost a fine of $1000. Fashion designers including Gucci, Versace, and Giorgio Armani have stopped or promised to stop using fur.

Last May, fashion house Prada announced that from its spring-summer 2020 line, it would stop using fur. Plus, the UK’s Selfridges plans to ban the sale of exotic animal skins from February 2020.

According to Cassie King from Direct Action Everywhere, ordinary people want to see the animals safe and protected against inhuman practices. On the other hand, opponents of the law maintain that it will create a black market.