Friday, September 18, 2015: The perfection continues. The fishing, not so much. I’d love to be loaded with local catches but short of the super-savvy fishing folks who work at another plane of angling, the average Jay is struggling for anything other than stargazers … of which I’ve bested two biggies.

Cool fishing story of the week came at an Alliance for a Living Ocean meeting where Kyle G. told me about a false albie he caught off LBI by paddling out on a stand-up paddleboard yesterday. He was out past the sandbar … just beyond where you could cast from the beach … and took a 5-pounder while in a seated position on the board. The powerful little fish spun the board around a couple times.

Looks like I gotta haul out the yak to cast for false albies. I then have to find my sacrificial rod and reel. I would never risk any high-end equipment for use from a kayak or a paddleboard – unless conditions were totally laked out; even then one never knowns when some capsizing event might occur … stranger things happen at sea. I was once purposely swamps by a dickbrain in a medium-sized boat. It happened in the bay but it just shows there’s no guessing what might arise. No, the boat had no discernable name on its stern, beside I was struggling to right myself. And, yes, I actually was wearing a very cool and stylish PFD vest I had gotten as a gift. That PFD beauty sadly floated way in Sandy. I hope someone is enjoying it.

The sharking is as hot as ever … even in the daylight. I’m not conversant enough with sharking to offer more than the certainty that virtually any beachfront might hold browns to easily size feet. Virtually any shop will set you up with gear and advice. While many kayak anglers go for the men in gray suits, you damn well better know what you’re doing, both paddling-wise and fishing-wise, if you’re going to drop huge baits over the side of a yak. I’ve reported in here on one yakker who was dragged out to “the shipping lanes” before giving up, breaking off and needing until after-dark to get back to the beach (Brant Beach). He still loved it

Mullet run remains light to occasionally moderate. The size of the migrating mullet are running all over the ruler, though jumbos still dominate. As I’m prone to say very year, I don’t like what I’m seeing, meaning the run is not that brisk … and could stop quickly. I always like being proven wrong.

More snapper/cocktail blues showing on boats but very scattered. The 70-degree water remains a huge bluefish problem. We know the monster blues that passed through here in spring went up north and fattened up nicely, as that 24-pounder caught this week proves. However, the metabolism of those huge fish simply cannot tolerate 70-degree water we have along the beach. Smaller blues do a bit better.

I was asked if the fishing is decent around the dredges working off Harvey Cedars, part of the replenishment project? I’m not sure how close you can legally get to those huge dredgers. Anybody tried fishing down drift of those vessels? Below: Cool shot of heated action ... but no world record here ,,, know why? ... And it has nothing to do with the brand of beer. 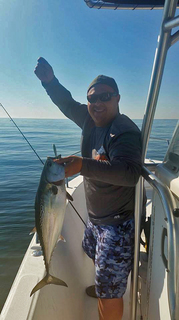 I don'y mind taking a "hake" every once in a while ... good eating. 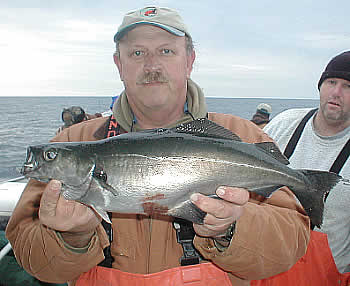 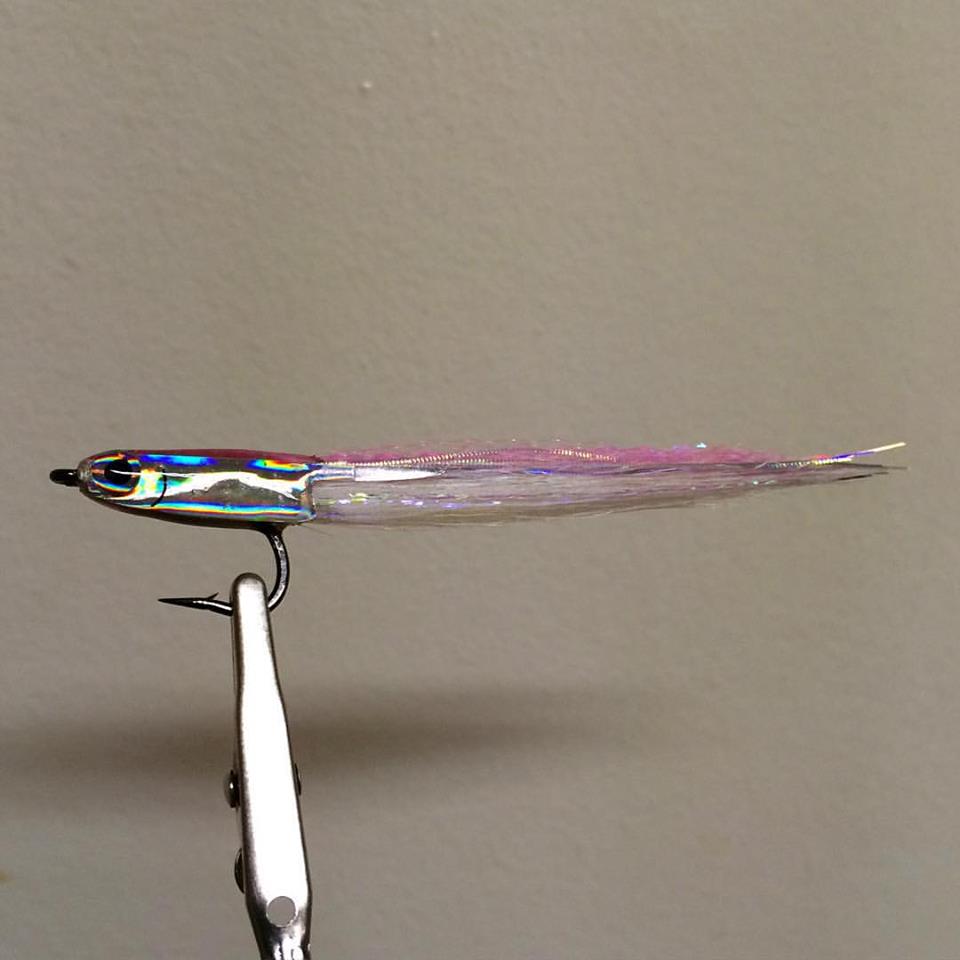 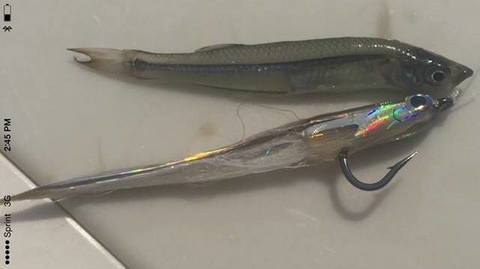 This one will make a lot of Mahi tacos

No world record Three hands on the rod

Plus resting rod on gunnel. I'm pretty sure that's also a disqualifier.