Friday, October 26, 2012: I live my life normally until things change enough that I have to switch gears – and I’m not above gearing up to address a possible Frankenstorm. However, I still believe that all the frickin’ drama queen crap on the part of meteorologists and storm chasers makes it double difficult trying to decide what to believe and what to flush.  By this time tomorrow, it will be slightly easier – and officially imperative – to make a call.

Below: The Forsythe Wilderness Area in Holgate will likely have more than dogs to worry about if this storm lasts for three days. It's duration, not immediate impact, that dictates destruction. Just ask the three-day March Storm of 1962. 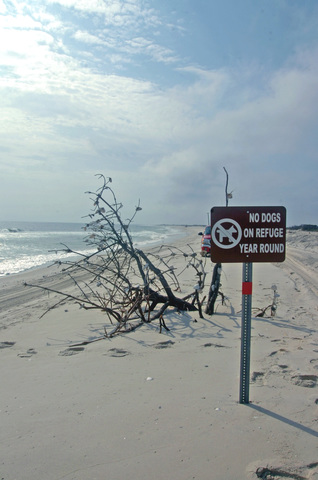 Onward to a normal-life rundown of what went on from my angling vantage today.

There were a few stripers entered into the Classic  today. That’s actually fewer than I had thought. The water seemed like it was getting seriously primed for bassing compliments of the NE winds. I have to admit that I got a surge of upbeatism from the brisk bassing to out north.

Seems that even famed angling areas like IBSP can't keep a bite going on looks alone. It rocked there yesterday. Here’s an email I just got this afternoon: “I thought today was going to be the day. Calm seas to make the run north to the bathing beach, overcast skies and a bucket of spot. Someone forgot to tell the bass to hang around from yesterday’s food fest.  There were probably 50 boats in all, mostly on the troll and I did not see a fish taken or even a tap on my spot offerings. My fish finder was constantly going black with all the layers of bait showing. Maybe that was the problem. Tried a couple of locations on the way back to the inlet and then offered up my spot to the ever present bluefish at the inlet entrance. WP.”

This morning, I did a straight run to Holgate – instead of taking the long ride along the beach, starting in Ship Bottom. Once there, it was once again bluefishing to beat the band. Still no bass bite.

The fat mullet might have sung. Virtually no schools of them today.

I did net some pompano; almost eating size. No better fish to dine upon. They were actually larger than the butterfish I fried up last night.   Still, I released let the pomps. 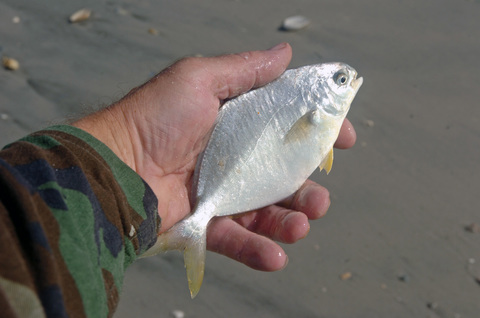 Another 16-pound bluefish was caught today, a 16.81, taken by Martin Supsie, Forked River, using bunker in BL. That is now the largest blue in the Classic. There should be more choppers to come. In fact, here’s boat fish

Nick Sabatino just weighed in a pair of gorilla blues. One 19-lbs 11oz and another 16-lbs 9oz. Caught them in a boat on swim shads off IBSP. 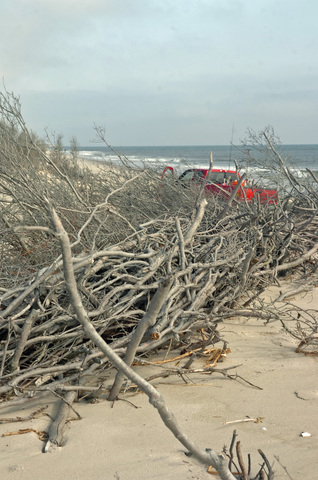 This might be a sign of a "big one" since I'm still cynically sticking with with a haunting fear -- larger than the storm potential itself -- that this weather event is more hype than threat. I've long held to the belief that it's going to be a storm that sneaks up that will do the most damage. Of course, that theory now contends with forecasting advances like never before.

My survival food of choice: RAMEN NOODLES. Even a lone candle can get water hot enough to soften this pasta. You can then serve/load it with all kinds of highly nutritious goodies.