Friday, November 30, 2018: Finally had a dang decent Holgate day. I had actually become fairly disenchanted with the far south end. 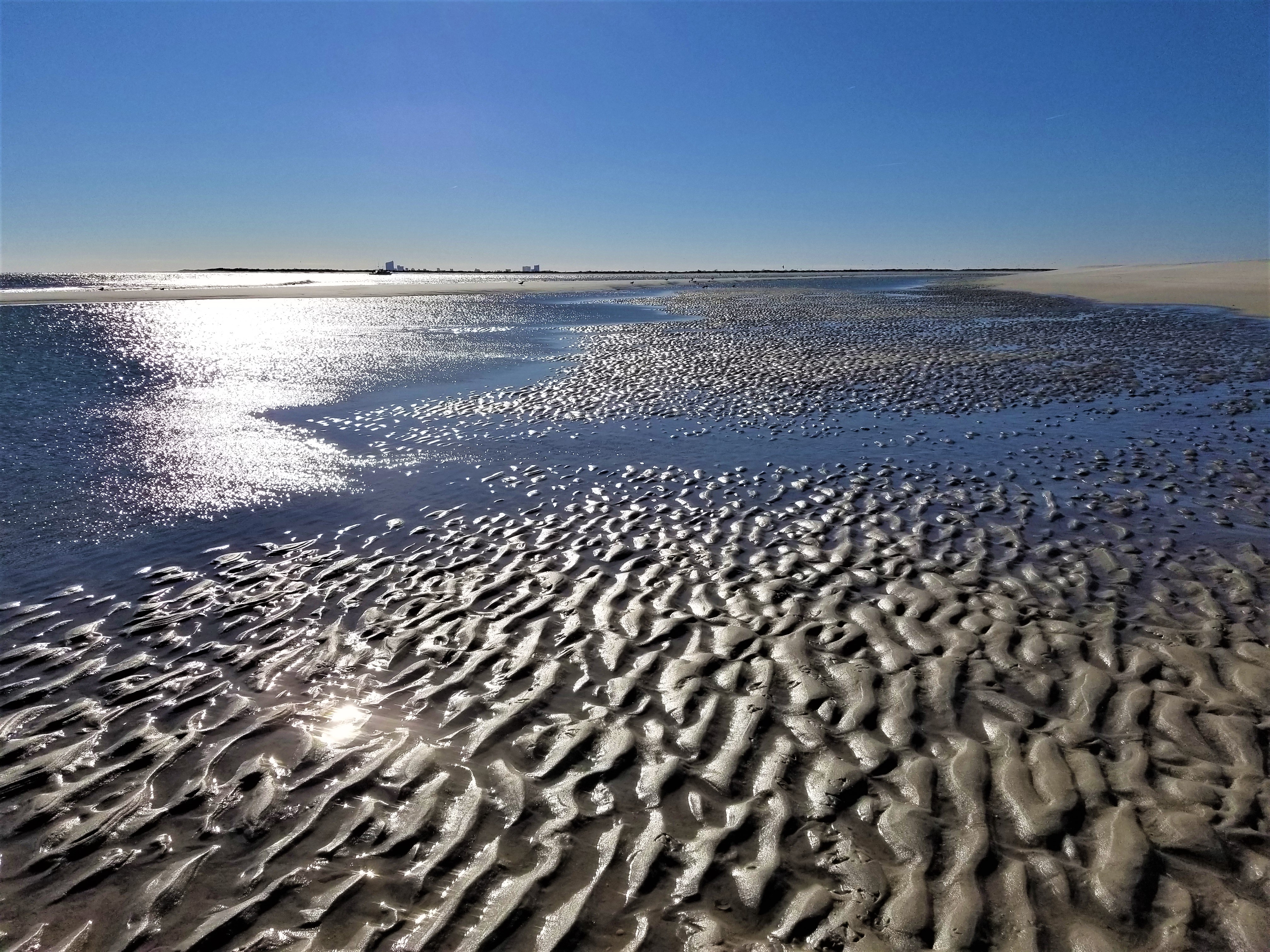 Friday, November 30, 2018: Finally had a dang decent Holgate day. I had actually become fairly disenchanted with the far south end. Yes, that’s me saying that, a Holgate aficionado for over 50 years. But, this fall, it had become an unproductive, even tedious, journey to the Island’s far southlands, especially when factoring in the need to air down my truck tires. There has been absolutely no fish, el zero on the striper front. Oddly, there has been damn few birds of enhanced interest. Holgate is usually a main stopover point on avian migratory flight paths. Troubling, in an ongoing way, is the vast expanse of erosional washover, from ocean to bay. It offers a look not unlike salt flats. Check this video for a look-see at the desert-like stretches of which I speak: (Might be wind noise until the music overdub kicks in later today.)

Even the Holgate flotsam hunting has sucked. The high-tide wrack lines on the west side of Holgate had long offered some mighty fine finds, especially lost fishing lures/plugs. In fact, over the past four decades or so, I have found easily 50 plugs washed ashore in the back meadows. Many were in mint condition, despite what had likely been some serious float time prior to washing ashore. No such luck of late. Nothing to sort through nowadays but plastic trash and an unusually large showing of busted up horseshoe crab shells.

However, me and Holgate have begun to re-bond. It began with yesterday’s spotting of the season’s first snowy owls. FACEBOOK POST to above: Today, 2 p.m. I guess the dark season has officially begun. I photographed this snowy at a goodly distance away since I don't like to irk these wonderful arrivers before they've had a chance to settle in. They get less skittish after hanging around in Holgate for a short while. I saw two; photographed one.

Then, today, the cool calm air made the ocean and bay more scenic and comforting. It had been windblown to hell and back for weeks on end. It was nice seeing a large number of bass boats taking advantage of the calmness, though a ground swell is starting to build from the north. Below: The Boys heading back to the docks. I suspect I'll see some weigh-in or C&R reports later today. 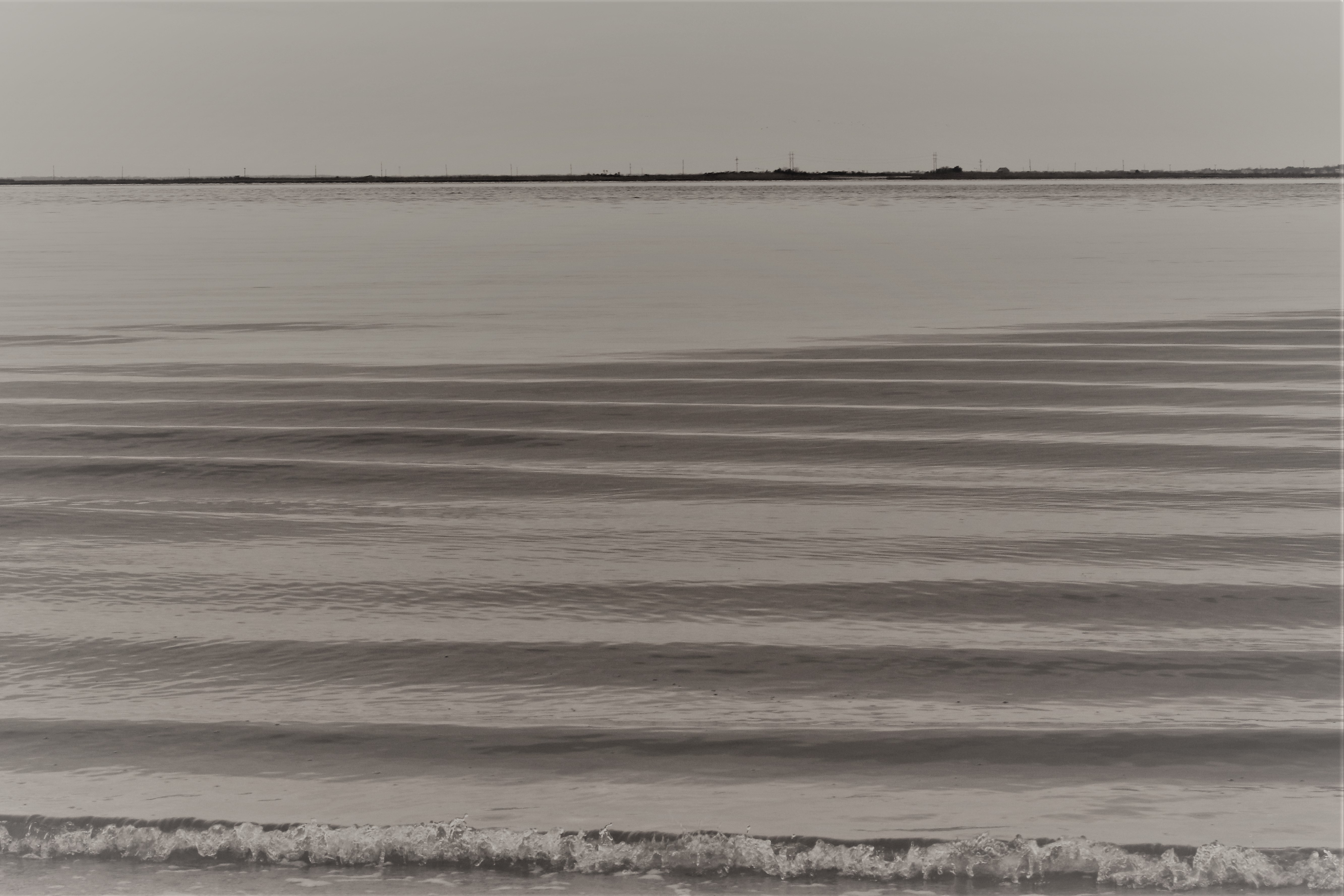 Next, there was the schoolie bass presence of which I only had a couple glancing blows on my Fin-S Fish plastics. Still, watery life at long last! Adding to the resurgence of interesting things, there was some enhanced bird watching. While I saw no snowies, a couple large hawks were steadily a-glide; too far for photos but exceptional to watch through my Zeiss binoculars. Most fun were small flocks of swallows, which are far from flitty around humans. Approach them slowly and they’ll let  you join the gathering. Here’s a shot I took from very close range. 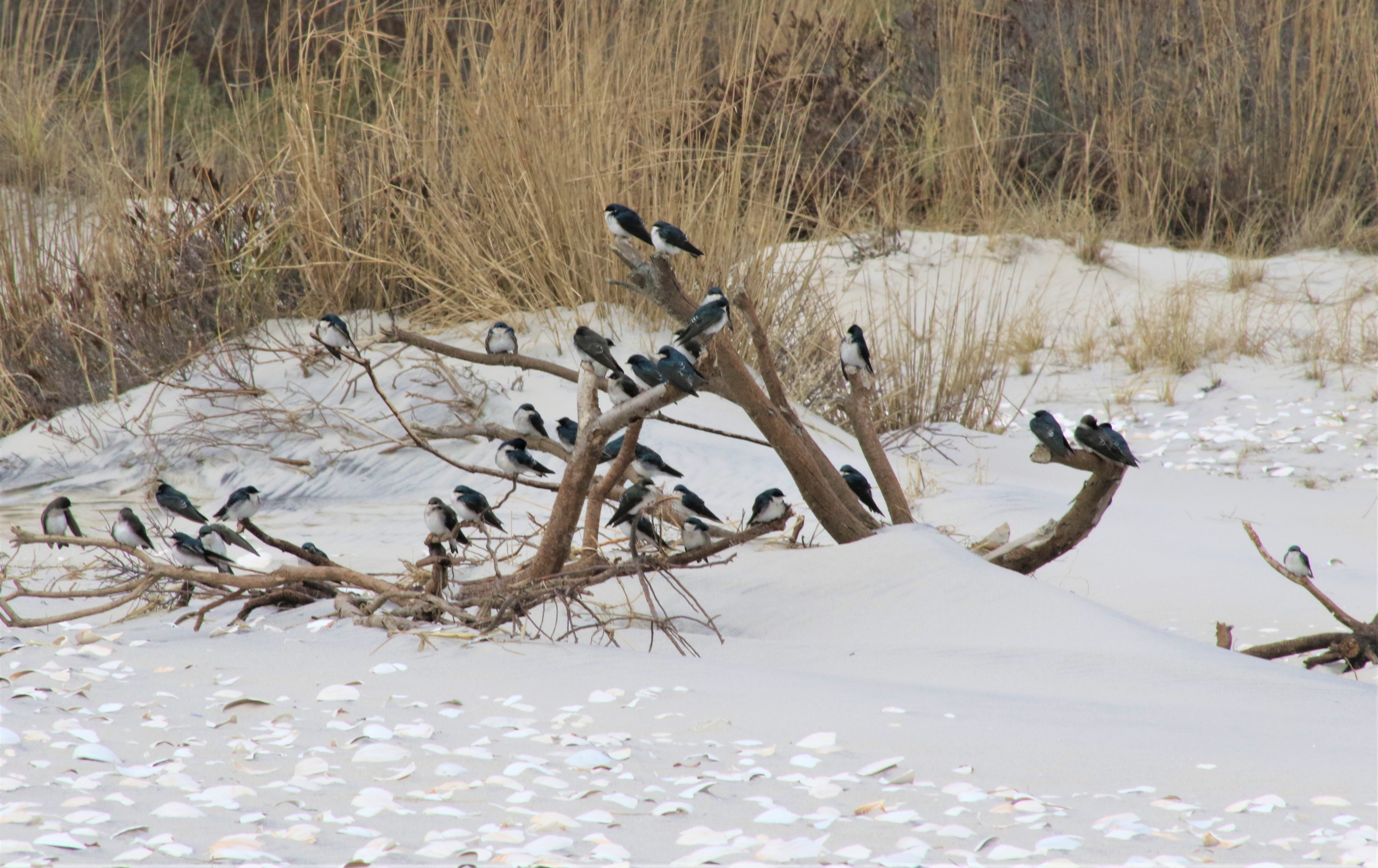 Yesterday, I took this shot of a departing snowy owl and, upon later review, spied an utterly (!) bizarre blue ball-like form that appeared to be poised on its back. The weird part is how much it looks like one of those yoga massage balls. Hey, it was a long flight so maybe the owl needed a little back massage. You have the advantage of seeing the photo cropped ... for a close-up look. But, before I zoomed in during post-production work, I was sure I had captured some cosmic mystery-of-mystery -- and not simply a case of very odd shadow-play of one wing on the other. 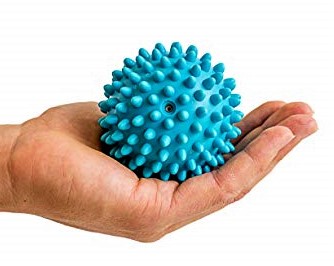 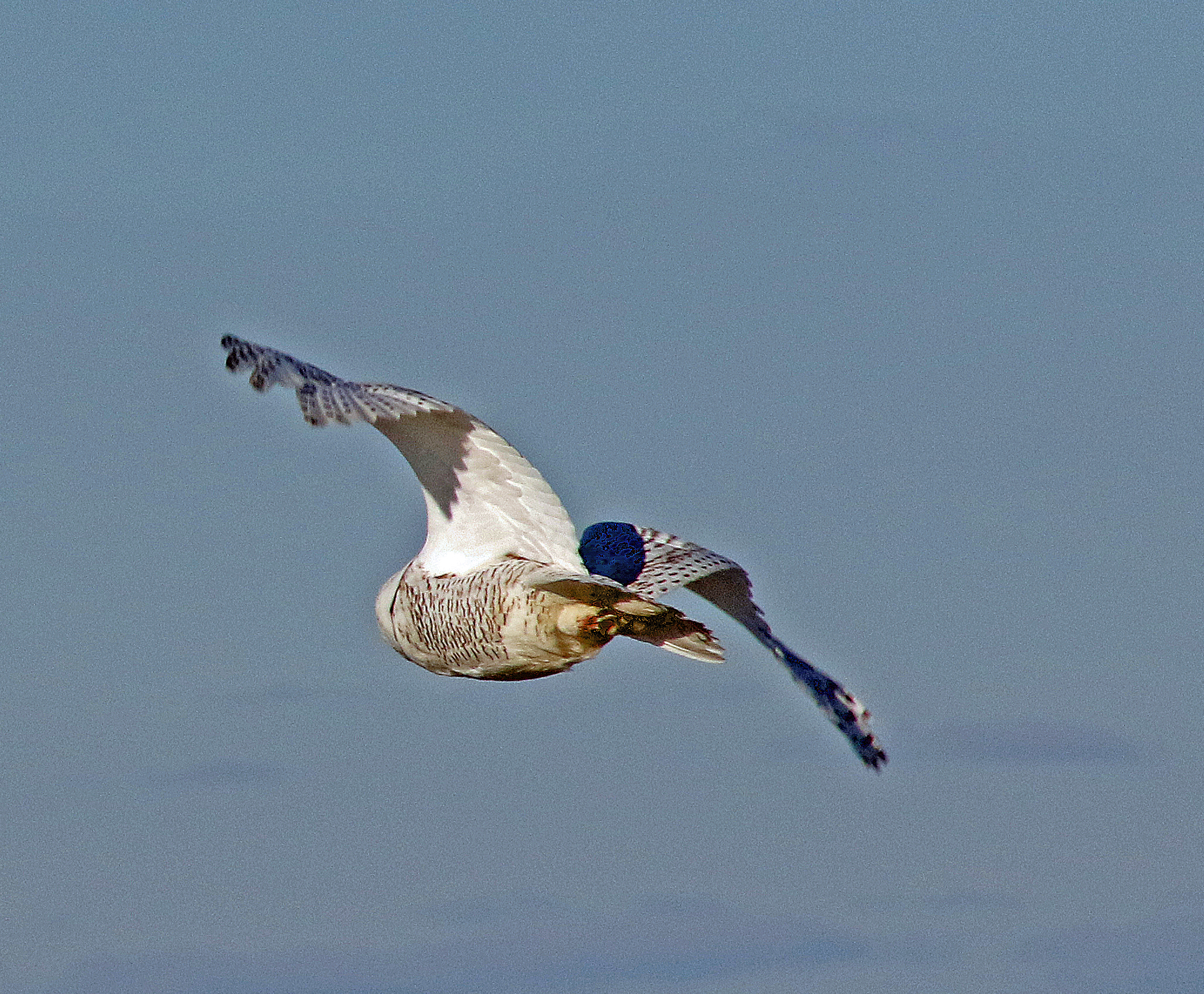 Feds Looking to Increase Limits for Skate Fishing in Northeast

The federal government's considering allowing northeastern U.S. fishermen to harvest more skates, which are used for food and bait.

Skates are flat fish caught on both coasts of the U.S. and commonly sold as "skate wing." The National Oceanic and Atmospheric Administration's looking to increase the maximum catch of skate wing in the northeastern states from 19.2 million pounds to 23.1 million pounds.

The maximum amount of skate bait that can be brought to land would also be boosted from 9.7 million pounds to 11.6 million pounds.

American fishermen caught over 40 million pounds of skate in 2016, the most recent year for which figures are available.

The biggest skate fisheries in the northeastern U.S. are based in Massachusetts and Rhode Island.