Friday, November 01, 2013: Midday. The wind is seriously honkin’ out there. And out of an oddish direction: SSW. However, there is plenty enough south in the flow to build the surf, which is averaging 5- to 7-feet -- a short-period south swell with a tough of groundswell also mixed in. That groundswell might hold the waves around longer after the winds go hard offshore late tonight. The offshore winds will be quite strong but far more fishable than the winds we have now.

I don’t think I’ll be jinxing us to note the hurricane season that wasn’t, i.e. 2013. The lack of both storms systems and landfalls flew fully in the face of those magical men and their prognostication machines. While we are surely refining our abilities to successfully see as much as ten days into the weather future, anything beyond that satellite-assisted scope of forecasting truly leads straight to Crapshootsville. It’s not just the fully-unpredictable hurricane forecasting realm that’s out-there, but also the so-called “winter forecast.” There’s as much chance of predicting the upcoming winter using tarot cards and scattering chicken bones as there is in systematically following jet stream curvatures or measuring the holy grails of winter forecasting, the Niños and Niñas. 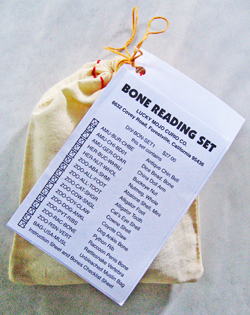 While even I see some somewhat predictable weather impacts from oceanic oscillations, especially when El Nino is cranking, trying to accurately deduce what this January will offer, weather-wise, is served just as well through divination as science.  In case you hadn’t guessed, The Farmer’s Almanac is divination, albeit an oddly trusted form of downhome foretelling. 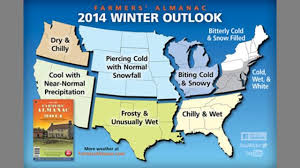 As for post-blow fishing, south winds have had a highly positive impact on stripering. And that’s not divination. Many of us have seen fall south winds spur on the bass. However, this year is bordering on freakily bizarre.  Proof: Ten fish – total! – entered into the Classic for its first four weeks. Are you kidding me?  No, that has never happening before. But it’s all good. I frickin’ kid you not. This event is not based on numbers. We got rid of total “team” tallies long ago.  The Classic is purely a measure of who had the best day/weekend/week/segment fishing. No fish? No problem. C’est la angling. Tomorrow’s bass or blue will loom that much larger, so to speak.

On the other skunked hand, folks like me are simply hurtin’ for hookups – any kind of hookups (except them stinkin’ fluke). This year (to date), the fall fun factor is sorely lacking -- which doubly hurts. We set autumn aside as the time of year to cast, catch, and be merry. I actually took yesterday off I was so disgusted from days marked by hundreds of fishless plug tosses. So I went in the woods and almost immediately ran into a couple confrontational headaches. I won’t go into details since things worked themselves out. Still, the frustration factor seems to be hanging thick in the air all over the place.

I don’t believe this blow will damage the beaches very much – and they have been good to astoundingly good for buggying, especially thinking back just a few years when some beaches were impassable due to erosion. The trickle-down effects from the Island’s three beach fixes are positively helping areas south of where the sand was pumped.

Next fall will likely see a single beach from Harvey Cedars to Holgate. I’m not sure everyone can truly envision that straight-stretch look. I’m not sure everyone wants to envision jetties barely showing -- if showing at all. Am I a bit nervous about that? Damn straight. But I’m just as nervous about blocking replenishment and then having thousands of home destroyed – and maybe lives lost – under my watch.

I will show my advanced age by (barely) recollecting the times prior to jetties, i.e. before the Great March Storm of 1962. I was knee-high to a seagull at the time but from what I remember – and many others have assured – things were wonderfully good back in those jetty-free LBI day, fishing-wise -- and even surfing-wise, for the few back-then waveriders, like an old buddy, the late Stretch Pohl.

Stretch not only helped me master surfing but also showed me how to carve sections of telephone poles into Hawaiian totems – without power tools! Chisel and hammer were all we used when hacking away outside his tiny cedar-shake workshop, located in the now parking lot of the Sea Spray Motel, Beach Haven/Holgate line. (Below) When the area was an empty lot, Stretch's work shack was right where the van at the far left is parked.)

The utility pole pieces would arrive via some linemen Stretch knew. The three-foot pieces would often be oozing black tar so we’d put them in the hot sun to get the shiny tar gooey enough to scrape off with pieces of cedar shakes. When the larger gobs were gone, we’d use acetone to further clean the wood surface. Acetone fumes, melting tar stench, relentlessly hot sun … ah, the sweet/sweat memories. Hey, we got a handsome twenty bucks a finished product – quite near the buying power of $100 today.

By the by, both Stretch and I signed those buggers so they just might still be floating around the Island somewhere. They’re almost laughably primitive when compared to the utterly astounding totem carvings now being done hereabouts. Still, they’re the roots of that now highly artistic industry.