Friday, March 08, 2013: As expected, the beaches took a brutal, albeit fairly typical, beating from Winter Storm Saturn. Merivale to Nelson in Beach Haven is now getting trucked in sand to aid in yet another mechanical (dozer) fix of that dead-in-the–water stretch of Queen City beachline. The only salvation there will be replenishment, possibly coming in the fall.

(Below: Previous trucked in fill scene.) I still have this lingering sense that, over-all, things could have been far worse. Saturn was a consistent blowhard, though it should be realized she was very much in-line with dozens, if not hundreds, of NE blows recorded hereabouts since the 1700s.

Dozens of shipwrecks off LBI attest to insanely wicked blows through history. I’m into reading old historic accounts of nor’easters and it’s amazing how many blows could have blown the socks off of any generation.

As previously noted, with Saturn we were lucky that the winds took a more westerly tilt yesterday (Thursday). Had they honked NE – as some forecasts indicated they might -- it could have gotten even testier around Beach Haven, which had some juicy flooding through a couple/few high tides.

WE’RE SINKING!: Yawn with boredom if you must, but I swear my theory of a too-shallow bay (unable to contain storm and tidal waters) is being born out as flooding seems way too easy/common in waters adjacent to Little Egg Harbor. On a larger scale, the bay isn’t doing a bang-up job of containing itslef from Ship Bottom southward.

I still refuse to attribute our recurrent high water to global warming. There is no standing data (proof) of an elevated ocean, at this time. It very well may rise, mind you. It’s just not currently showing on the gauges – unless you squint at the numbers, so you can phantasmagorically see a deadly sea rise, just to say you were there when the seas rose. Yes, that’s me openly insinuating that many aspects of global warming are hype and drama.

To show I’m not immune to the truer science attached to a rapidly warming planet, I will surely buy into the fairly documentable worldwide increase in intense stormage -- and also large-zone seasonal temperature aberrations, in both a cold and hot vein. I guarantee that these spooky sky throes, surely symptomatic of planetary heat-up, are bona fide here-and-now concerns.  You can write home that you’re on-scene to see those.

(We've all been there ... and the Island is about to have it run over its backbone.)

HUMOR ME: I want to take this auspicious opportunity to forward my idiosyncratic suspicion that another significant factor in LBI’s flooding  might very well be the island’s overall sinkage. It’s not as crazy as you might think.

For the first time in written history, we have bulkheaded the westward-facing side of an entire barrier island, excluding the far south end. Geographically speaking, barrier islands must migrate westerly – or who knows what might happen. But LBI can’t migrate. Theoretically, that will leave us open to attrition from the sea, i.e. eroding beaches -- a theory put forth decades back by state geologist Susan Halsey.

Far more conceptually, our Island’s sands have been stopped in their tracks, below our feet. Since sand has a goodly amount of space between grains – even some trapped air above the waterline – it can surely be compressed; not to a huge degree but surely enough to result in an overall surface sinkage.

What can cause the trapped grains to compress?

Being voraciously built atop -- larger buildings, closer together – could be a contributing factor. That might even be an unspoken perk to placing all new buildings on pilings.

But I’m way more suspicious of millions and millions of what I’ll dub vehicular poundage hours, as traffic passes over and over the sand beneath the roads. As for the impact of those vehicular poundage hours, there are cases of solid bedrock (mountain regions) being essentially weighed down, worn down, by traffic constantly driving atop it. All we have is sand. And sometimes it’s wet sand.

Am I implying that our flooding is getting consistently worse because of ponding and puddling of pressure-lowered roadways? Absofrickinlutely. I see all our flooding beginning in the roadways.

One more floodgate factor is the backdoors we have opened to saltwater-intrusion flooding. Bay waters pour in via large-gauge sewer and runoff pipes, which allow the bay to backwash into those depressed roadways. Face it, LBI flooding is fueled via the sewers -- then, as was the clear case of sandy, it can get greatly enhanced by the likes of dune overwash of ocean water.

Could a cure be as simple as raising the roadways? I’ve learned the hard way that simple can be horribly complex when it wants to be. Imagine the litigious uproar if all that raised roadways accomplish is to divert early floodwaters into households. In many ways, roadways are an appropriate initial catch-all for bayside backwashes.

Backwash preventing “purge” devices within sewers are already in the experimental phase. The allow rainwater runoff to flow into the bay but block baywater from surging up during high tides. They would likely help reduce only minor tidal flooding, which has admittedly been plaguing LBI for decades.

Remember, the evolution of a held-in-place barrier island is all new territory. It’ll come down mankind’s ingenuity to take on issues that have never been seen before. I’ll be watching closely. 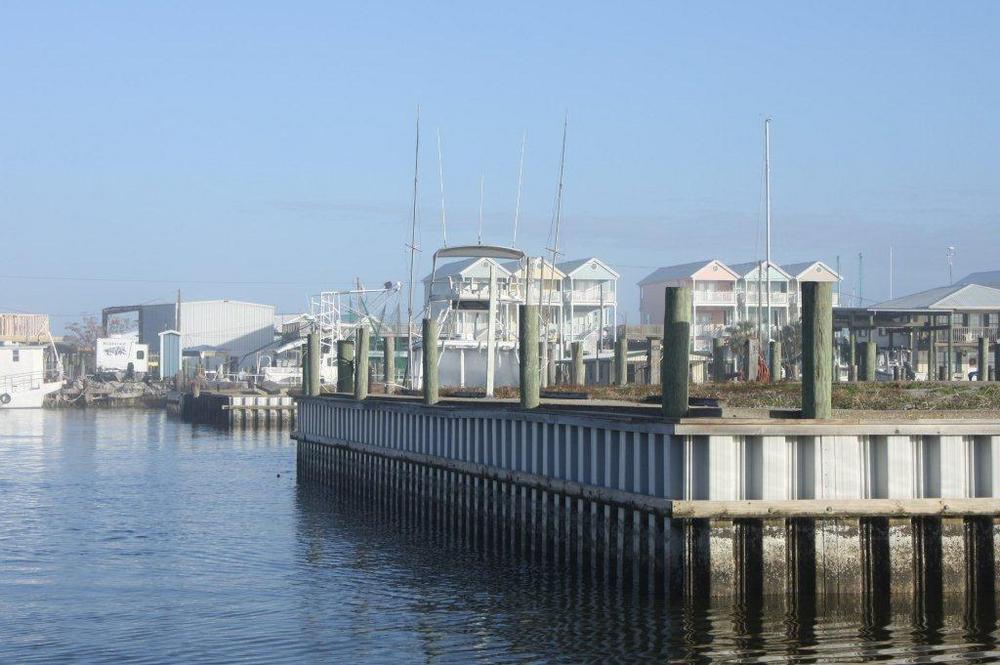 The NJMFC voted unanimously in favor of a recreational fluke season that will begin on May 18th and end on September 16th, with a 17 1/2" size limit and a five fish bag limit. The groups I represented at the meeting supported a longer season or at least one that extended the season further into the fall. However, the vast majority of those who spoke favored the option that was chosen. However, there is still a little ray of hope that the season might be extended further. After all states have set their regulations, the ASMFC will review them. If they determine that the regulations are likely to result in a coastwide underage of the quota they may allow New Jersey and New York to liberalize their regulations somewhat. New Jersey and New York were the only two states who were forced to take a reduction due to overfishing their quotas last year. If the ASMFC does allow us to liberalize somewhat the NJMFC may do so by adding a few days to the end of our season. However, there was some concern by council members that doing so could cause us to exceed our quota. I pointed out that we are more likely to underfish our quota this year because there will be far less participation. This is due to all the marinas, boats and coastal homes that were damaged or lost due to Hurricane Sandy. If we are given the option to liberalize further, the NJMFC will consider doing so at their next meeting on May 2nd.

The NJBMF is still working on the sea bass options for this year. They are expected to be ready sometime in the near future.  The regulations will then be set at the NJMFC meeting on May 2nd. 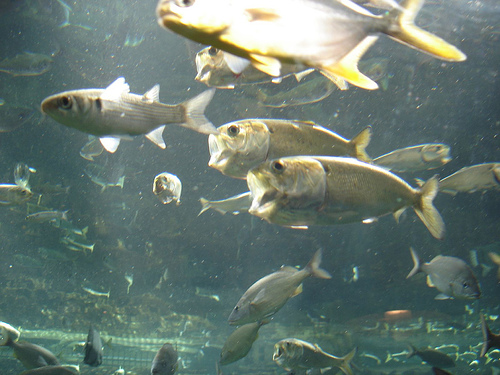 Menhaden, alewife, mossbunker, fatbacks, bunker or pogy-no matter what it's called-the fish is making news up and down the East Coast as the Atlantic States Marine Fisheries Commission (ASMFC) mandated harvest reductions have fishermen scrambling to determine the impact.

On December 14, 2012, the menhaden management board of the ASMFC voted 13-3 to institute a 20% reduction in overall landings for the commercial catch of Atlantic menhaden. Virginia, Florida and New Jersey representatives voted against the reduction. More menhaden are caught by Virginia fishermen than any other state along the east coast and Virginia was allocated 85.3% of the total harvest.

Virginia's representative on the ASMFC menhaden board, Jack Travelstead, lobbied to hold the reduction to 10%. When this was obviously not going to fly, Travelstead tried 15% and then 17% before the rest of the committee settled on 20%, with the cut being based on the 2009-2011 harvests.

Omega Protein general manager Monty Deihl said, "We do not feel cuts to this level were justified, particularly based on the lack of scientific data. While the new reductions may or may not have positive impacts on the menhaden biomass, it definitely has economic negative impacts on the Northern Neck."

"The mandated cut equates to a loss of $20 million in revenues for us," said Deihl. "That could mean at least $20 million on the expenditure side is going to have to be reduced too."

If you want the full health benefits of omega-3, it's best to get them from natural food sources like oily fish than in supplement form.

That's the overriding conclusion out of a pair of studies published this week in the Proceedings of the National Academy of Sciences that showed that while omega-3 from dietary sources such as herring, mackerel and salmon can help lower blood pressure in mice, supplements showed no anti-hypertensive effects.

In fact, omega-3 in supplement form was actually found to diminish the beneficial health effects of the natural fatty acid acid docosahexaenoic acid (DHA) found in fish oil, said the team of researchers from the US and Germany who conducted both studies.

When mice were fed the DHA, the kind found in natural food sources, as expected it resulted in the expansion of blood vessels and consequently a drop in blood pressure.

By comparison, DHA ethyl ester, found in most fish oil pills, failed to do the same and even appeared to “antagonize” or compete with the positive effects of DHA from natural sources, scientists said.

In a meta-review of 38 studies that involved 80,000 participants across 15 countries, researchers from Cambridge University and Erasmus MC Rotterdam in the Netherlands found that those who ate at least two servings of oily fish a week - sardines, mackerel, herring and salmon - reduced their risk of stroke by up to six percent, while fish supplement intake failed to show any benefits in reducing stroke risk.

Lesson for the day:. Please STOP watching the Weather Channel. These idiotic storm names drive me crazy. And who gets their info from them anyway, anymore? I'll switch on 2/3 times a week ( if I'm even looking at TV and there is never live weather descriptions. I remember watching them in the 1990's when they actually had weather forecasts and not all the drama. Granted during Sandy, they were on top of it, but ordinarily it's the last place I hang out. Try AccuWeather. I love those guys and they are really interesting to listen to.

Assastegue Island east of Chincoteague moves westward every time there is a major storm. There are aerial photographs to prove it, too.

Storms arrive arbitrarily. We had '91, 92 ( which was a bruiser- The headline in The Sandpaper read "Tidal Flight '92") Bob in '76, Josephine in '84, Gloria in '85 the one 3 years ago in August ( I was in Chincoteague when that one blew in) as the tides rolled into the parking lots. And how many have I left out ? There is too much media and hype over this stuff now. I remember in the 70's swimming in mid October some years. In '88 there wasn't a day you could swim comfortably since the heat all summer produced upwelling of epic proportions. However, I think there may be something to minor climate change, due to our declining tree cover. Of this I am sure. For example, where I live the stark and sad contrasts of my block in 1992 and now is depressing. Ancient stumps, shaded yards and street corners  gone, mind you this in a 2 block area. Multiply this over thousand of times and you have a recipe for heat absorption. There are 4 properties within sight of my house where clear cuts were the order of the day after Irene and Sandy because of  fear.. Its as bare as a winter's beach . This is having a deleterious effect. I am sure of it.

Good insights, Dave. I take all such reports into my mental data banks.