Friday, June 06, 2014: Anyone under the weather besides me? Came down with body ache and headachy thing, hopefully passing quickly. Work goes on, though. Thanks to the many folks who have been forwarding me fishing stuff.

It’s always risky to say we’re in for a perfect weekend but I’ll limb it by saying it sure is lookin’ tasty at this time. If I had to pick a perfect fish target for this weekend, it would be fluke, based on availability (they’re showing amazingly well) and weather. The great part is you can grab some meat then zip out for bass and blues to totally jam pack the BBQ. While it’s not my thing, I’m guessing the blueclaws are also showing. Again, just picture sitting down to a seafood platter overflowing with some of the best seafood on the planet.

For whatever reason, NJ is often not openly acknowledged as the source of world-class seafood, yet so much of the fish, clams and crabs that restaurants in other states serve is from the Garden State, especially those blue crabs, which are seemingly dying out in Maryland and Virginia. For many years now, NJ has been the backup source of “Maryland’s Famous Crabs.” And not one person has noticed the difference.

I gotta put in a good bassing word for the surf. Some incredible stripers are exiting the suds. Not in insane number but in what I like to call rougeish number – lone fish coming and going. This doesn’t mean you can’t get a slew of them. It just takes time for another fish to mosey on-scene. As a buddy of mine said just yesterday: “I’m having one of my best springs ever but I’m putting my time in.” It’s a perfect example of Pavlovian respondent conditioning. Huh? In the case of fishing, it means that you hook-up on a regular basis, albeit sporadic. It happens just often enough to keep you fishin’ and fishin’ and fishin’. Positive reinforcement.

As will likely be the case for many moons to come, when you’re on the blues you’re neck deep in ‘em. There are huge schools to out south, moving northward. All are that perfect “eatin’ size.” If possible, it is always best to bleed blues via a coup de grace cut, underneath, just behind the gills. It truly does improve the flavor, while making the cooked meat lighter. Just as eatingly important, surgically remove the deep red lateral line meat, using a v-shape cut, then detach with a slice, while lifting the V'ed red meat.

Earlier this year, the U.S. Army Corps of Engineers' Philadelphia District awarded a $7.6 million contract for the project to Agate Construction Company of Clermont in Cape May County. Throughout the spring, a barge, cranes and other equipment were mobilized and work began on the project last month.

The U.S. Army Corps of Engineers and DEP anticipate the repair project, which will see the stabilization of approximately 740 feet of the jetty on the north side of the inlet that was battered by Superstorm Sandy, to be completed this winter. The project is funded by through the Disaster Relief Appropriations Act of 2013, also referred to as the Sandy Relief Bill.

"This is a much-needed project that will deal with severe damage caused by Superstorm Sandy, and which will result in a more resilient shoreline when the work is done," said Commissioner Martin. "The Army Corps is committed to moving as quickly as possible to get the job done and have the inlet fully reopened to our residents and visitors.''

Anything smaller than 25/15 need not be entered.

Been having fun breaking in a new CTS S7 (8-12oz) chunking rod this week. A great stick for 8nBait fishing for sure that has no problems crushing 8oz and half a bunker. Have had multiple fish each trip out to 43". Including a 41" and 38" last night.

Finally got off the schneid on Block Island! A few very rough days made for the most incredible mung carpeted surf I have ever seen. Fished up North along a cleaner beach and was able to release this perfect Striped Bass on night #4...Putting my time in was alot of fun! Great trip with great guys.

If you don't mind me asking how big was that fish I think I might have released it about a month ago 34 1/2? 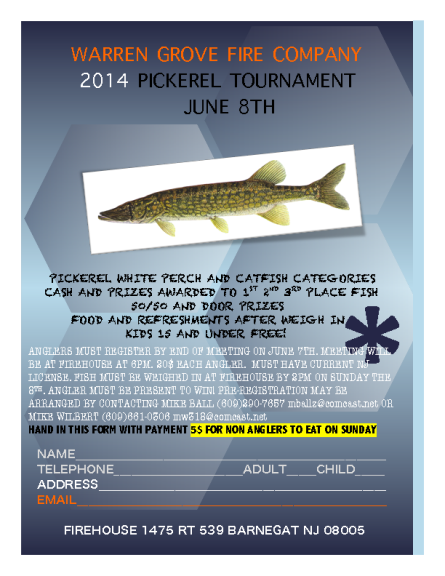 Just me and the old man in spirit..
And his favorite surf rod

I have doubts about this but will pass it on anyway ... It applies to lakes and such where all the ducks only eat is hand-fed bread. Feeding an LBI mallard a few pieces of bread isn't going to do squat. Fresh bread is NOT poisonous to the ducks, as I've read elsewhere. Moldy bread is a whole different thing.