A man cleaning his kittens. So sweet.

Below: Wildlife officer weren't sure what to charge this homeless man with ...

(What? They never heard of rock-and-release?)

Friday, February 19, 2016: Did a beach drive and there’s not much to speak of, short of some amazing buildup of sand near the waterline. With air temps near 60 tomorrow, many a folks will be able to get down and check out the above-average sea glassing … providing you know the last of the good collecting beaches … where replenishment hasn’t sanded things over. However, the replen sand offers decent sanddollaring. Hey, I enjoy folks collecting stuff. Makes me feel saner.

There’s a snowy owl in Holgate, near the erosion area. It’s easily spooked. I’m not as worried about publicizing it because the snowy owl days are running out. It would be returning north soon anyway. 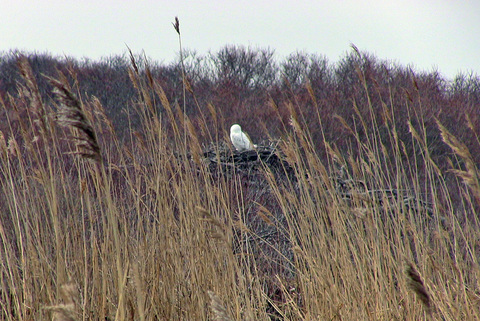 Here’s a video look at where all the Holgate sedge material is coming from. It’ll be issuing forth for many moons to come. Fortunately, it is not the worst stuff to drive over, though the larger loosed clumps offer quite a bump; best to sidestep them with vehicle … or feet. 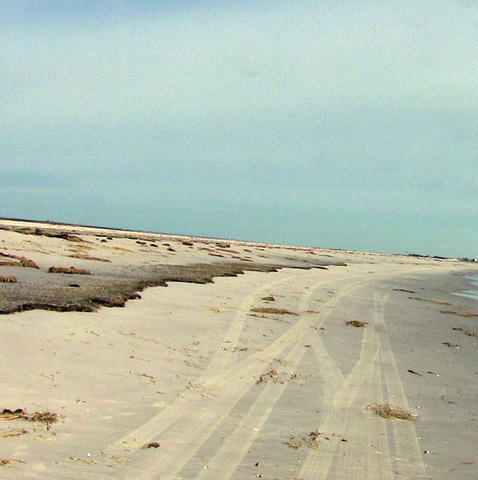 Loads of fresh wildlife tracks in Holgate, mainly tons of foxes. Haven’t seen any otter “runs” lately. Unlike fixes, which meander all over the damn place, otters tend to follow the same trails/runs used in the past. I actually don’t know if there is a predator/prey conflict between otters and foxes, though when any canine gets hungry enough …   Per http://www.esf.edu/aec/: “The river otter has few natural predators because of its strength, sharp teeth, aggressiveness when attacked, and aquatic habits. Snapping turtles, coyotes, bobcats, and foxes may occasionally prey upon young otters, and rarely, adults.” 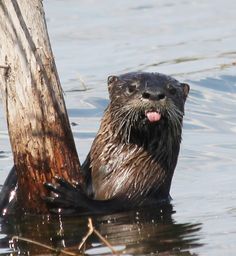 LET'S TALK BARRIERS : I had a very interesting chat with a fellow who really knows geology; I’m talking prof level. Naturally enough, we got on the subject of LBI and, specifically, the direction barrier islands take, as they move naturally westward.

I was sorta surprised to hear there is not a ton of research behind the exact course barrier islands take during their push west. By that I mean there isn’t much known about the exact erosion/buildup process during the move. To be sure, there are plenty of insights, theoretically, into the formation of a barrier island and its eventual migration. What isn’t fully understood is what might be showing, as we watch, on the Forsythe Refuge portion of Holgate.

STEP BY STEP: The notion that a barrier island holistically migrates westward is contrary to nature, which tends to do things in, conceptually, leaps and bounds. Evidence the insidious yet incongruous washover area of Holgate.

Keep in mind, a barrier island migration is not an entire island lifting up and drifting westward. It’s a highly dynamic/destructive sand movement.

There is a tendency, based on history, to equate the current Holgate erosion with the formation of a new inlet. Not so. The instant-inlet episodes of the past, caused by monumental storms, were surely a form of nature leaping and bounding about. However, they actually weren’t the major look and feel of the longer term barrier island migration. In fact, the storm-caused Beach Haven Inlet, which formed near the current parking area, was quickly put in its place by LBI’s truer erosion/migratory tendencies. The entire inlet was quite literally whisked southward -- within just a couple years of forming. It became part of the Little Egg Inlet system.

The current Holgate area washover, now almost a mile in length (north to south), might be offering a fascinating look at how a barrier island makes its move to the west.

There are now Refuge boundary markers and signage that had been near the bayside edge of the Forsythe Refuge but are now over 100 feet east from the water’s edge. The sand has essentially passed them by in its westward m As to Holgate, it will be interesting to further document what happens to a barrier island westward migration of sand when quadrillions of grains of newly arrive, pumped in sand move into an area where the ocean’s erosion is duly place. Who knows, the ocean might actually be just fine with suddenly having more sand to play with, even temporarily foregoing it’s westward-ho thinking.

While that is ridiculously humanizing things, beachsaving efforts are both a repair and an experiment, even more so in Holgate, one of the last barrier island parcels left to nature’s whimsies.

As to the far south end, near The Rip (inlet), that area is building in storm-driven leaps and bounds. However, that is based less on barrier island migration and more on the effects of an inlet. It has a geological life of its own, which will likely form an island akin to former Tucker’s Island.

IT’S MATERIAL THING: It’s imperative to understand sand to then understand a barrier island – and its movement to the west. A barrier island is little more than an above-water manifestation of a sand  buildup. In a way, it is a temporary testimony to a place where sand has temporarily gathered. Importantly, that makes it doubly temporary.

Unlike rock-solid islands off many coastlines, sand islands are not etched in granite. In fact, a barrier island is not even an entity unto itself. It is, instead, countless silicon granules doing a balancing act atop layers and layers of deeper down sand -- doing their own balancing acts.

Since a barrier island is above water, it’s technically an island, as humanity defines. However, it is little more than an immense number of oceanic sand grains that have temporarily gotten together for a quick top-side look-about.

If left to their own devices, the sand grains tire of being topside and go with the ocean flow, giving in to the inexorable push of the sea. Obviously, we won’t let that happen. Hey, we are far from the only humans around the world that are staving off the sea. Bulkheading, harbor-building, landfilling, dike programs, jettying, sand dredging, sea wall placements, breakwater laying … they’re all part of a worldwide struggle to stay above the pushes and shoves of the ocean. It’s just what humans do to live where they want to live. 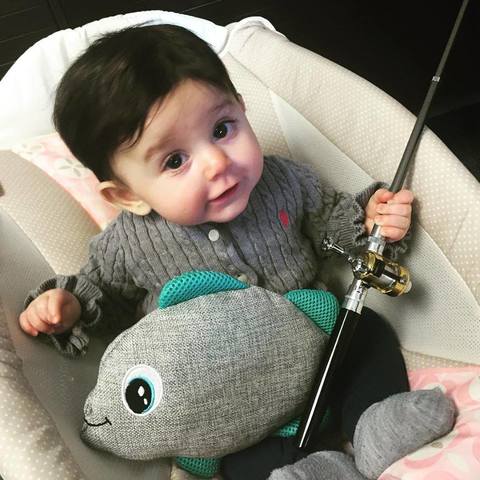