Collecting funds for its owner after this rescue ....

Friday, February 17, 2017: Not much to say about the arriving weather that you haven't heard already. It's another one of those recurring bubbles of odd-mild air. In the Midwest, record highs are getting crushed.

I'll keep calling for these pulses of mild to freaky mild right into spring. Then comes the possibility of brutal heat, should the Nino/Nina setup persist. I worry far more about another bout of drought. Fun with long-term weather guessing: You better be ready for triple-digit hit for the entire July 4th weekend.

I'm hoping some adventurous angler try the surf out of for size, make that for stripers. I know Graveling is already on the schedule for some. Please keep me posted.

GIVING A BURL A WHIRL: Had a good day yesterday burl hunting. Those are the sometimes-called “tumor” on trees. They come about from trauma or disease. They continue to grow as the tree grows. These growths are outstanding for making bowls, though it is not an easy task by any stretch. Just removing them from a tree, which doesn’t hurt the tree all that much, is a chore best done with a chainsaw.

For both a more natural (no emissions) and sound-restrictive (who knows who’s listening in) I use a 36V Makita battery-power chainsaw. 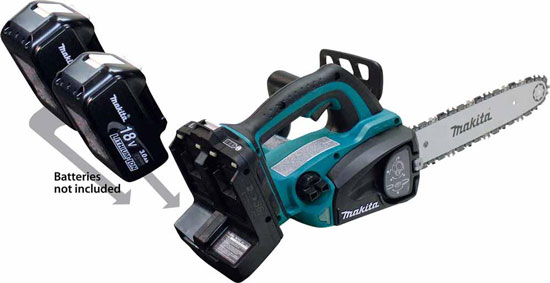 What a remarkable piece of cutting equipment, though it’ll set you back many a penny, as in $199 just for the saw. Two 18V batteries will cost about the same.

I got my saw from my buddies at Tuckerton Lumber. I already had the right sized batteries, saving me a bundle. I greatly prefer using two 18V lithium batteries since they can also be used with other 18V Makita tools/devices. Makita offers a single 38V but it can cost over $300. Yep, just for the battery.

As you surely know, batteries like these are always proprietary, meaning every company has their own size and shape, none are interchangeable with tools from other companies.

But back to the burls. I removed one from a red cedar. These burls are rare when compared to most other trees, some of which grow burls quite regularly.

Here's a video of it ... https://www.youtube.com/watch?v=Sh_RyrFPqZA&feature=youtu.be

The color inside my cedar burl is gorgeous; the red heart wood is spread over a wider area than within a typical cedar tree cross-section cut. This burl t is small, about 14 inches at the widest point, but, as noted, any cedar burls are uncommon. I also double cut – coming in from two directions -- to maximize the amount of wood. The color and grain of most burls are always highly compact (hard) and showy.

Now comes the hard part. While I’d love to have the patience to use a ax and hand adz method of hollowing the burl into a bowl shape. 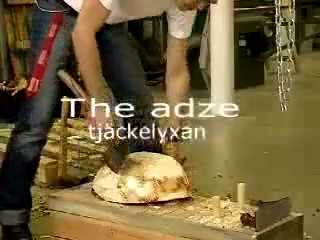 I’ll be cheating by using an angle-grinder with the new-fangled wheels that just came out, including one that is essentially a rounded chainsaw. The others are put out by companies like Saburrtooth, with its power carving wheels. Per that company,

The wheel come in different bites/grits. They last forever so the unpretty price works in the long run. Here is a video look at how I explore the Pines when I'm not actually immersed in them:

This is an olden view of Howardsville -- and how it obviously lived-and-breathed the cranberry bog lifestyle, mid-1800s into early 1900s. It was related to Sim Place bogs, some 10 miles away. Sim Place was seemingly named after a Lenape Indian (and tribe?) who lived there.

Below is a photo to go with the video, showing the small agricultural community dwarfed by its bogs; 11 of them, per old records. The dikes mark individual bogs. Today, only the top bog is fully filled with water. 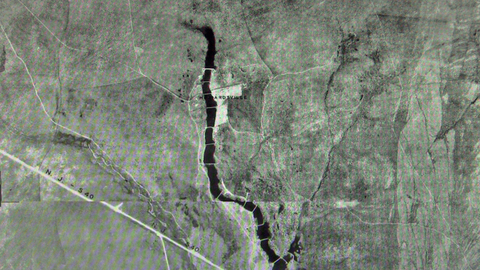 I mull over maps like they're showing treasures, which they are by my lost-towns thinking. While 1930 is about the earliest aerial views, that is smack dab in the heart of Henry Beck's "Forgotten Towns" times. Many long-forgotten towns still showed signs of their former existence back then (1930). In the 80-some years since then, those sings have disappeared, thoroughly.

The website I mention is maps.njpinebarrens.com. The drop-down menu in the upper left-hand corner of the map offers a slew of aerial views, though I find "Satellite" the best way to get a modern look and "1930" the ultimate back-in-the-day look. 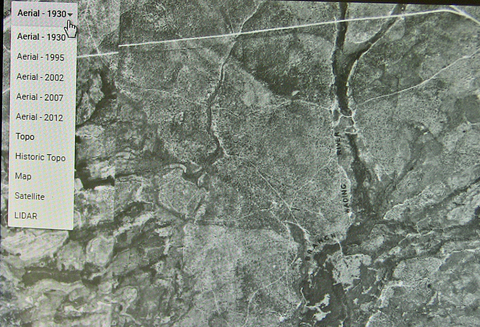 CHERRY HILL - The New Jersey Pinelands Commission has delayed its scheduled Friday meeting in Pemberton until later this month and also changed the meeting location.

We had good togging on the Fish Whisperer out of Indian River, DE today.We had boat limit of 30 by 1:00 pm. It is an excellent catch in Feb by any standard..

Been thinking about doing this for a couple years, finally put in some time & came up with this, the claws & tail flag are "Old man" Bob Greaves, can't thank him enough!!

I am pretty happy with it!! You were invited by Steve George

Kaziranga National Park is a story of success when it comes to conservation of rhinos – but what they’ve done to achieve it is allowing its workers to shoot and even kill potential poachers. So far, the park has killed 50 people.

Rhinos are safe there – a century ago, there was only a handful of Indian one-horned rhinoceros. Now, the park hosts more than 2,400, which is two-thirds of the world’s population. However, little is talked about the fact that in 2015, more people were shot dead by park guards then the number of rhinos killed by poachers.

These people all went after rhino horn, as they could be sold for as much as $6,000 for 100g and are considerably more expensive than gold. They are mostly marketed as a miracle cure for everything from cancer to erectile dysfunction.

So yes, rhinos do need protection, but this has gone too far. National park’s workers can kill a person and get away with impunity. The question is, could this kind of punishment ever be justified? And how many innocent people were killed? So far, the park has killed 50 people Rhinos are safe there – a century ago, there was only a handful of Indian one-horned rhinoceros Now, the park hosts more than 2,400, which is two-thirds of the world’s population However, more people were shot dead by park guards then the number of rhinos killed by poachers So yes, rhinos do need protection, but this has gone too far The question is, could this kind of punishment ever be justified?And how many innocent people were killed? Down 27% but Up from Record Lows
According to this year's official population estimate, this winter's monarch colonies cover 2.91 hectares (7.19 acres) of forest. This is down from last years 4.1 hectares, but still higher than the record low of .67 hectares in 2013/2014.

Higher Than Predicted
Dr. Chip Taylor of Monarch Watch expected the population to be quite low, perhaps at the 2014/2015 level of only 1.13 hectares.

"The count is much higher than I expected and that I had been led to believe by those that had visited a large number of the sites. The fall migration was really low in the east and the far west (west of the eastern Dakotas to the front range of the Rockies) and there was no place where the numbers were recorded as high. All the fall counts - roosts, etc. appeared to be low."

Several factors led to low predictions: the March 2016 storm at the overwintering sites devastated 5-10% of the population, low numbers were reported during the summer breeding season, and the weak fall migration.

Why Higher?
Some reasons the population estimate is higher than expected could include:

Warm December in Mexico: Monarch don't form clusters as tight and dense in warm temperatures as they do when it's cold. The butterflies spread out so the colony occupies more area. The population estimate is a surface area measurement. Could the warm December result in an artificially high estimate?

Goal is 6 Hectares
The target for monarch recovery is a sustained population of 6 hectares. The level must be high enough so that the population's natural yearly fluctuations don't drop below an extinction threshold. For long-term viability, the population must be resilient during conditions in an off-year.

"We can only save the monarch butterfly by working together. Through continued research, education, and protection, we can give future generations the same opportunity my children have: to look in wonder at the beautiful orange, black and white butterfly," said Catherine McKenna, Canada’s Minister of Environment and Climate Change.