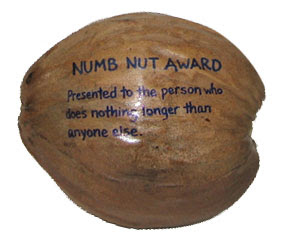 I keep waiting for Facebook to ask, “What Kinda Numbnuts are YOU?” Then I might be able to chime in.

Friday, August 01, 2014: It’s starting to look like tomorrow a.m. won’t be user-friendly if you’re an angler or even a beachgoer. However, a quick recovery/clearing could take place in the afternoon.

The winds are going to bump in out of the east tonight, but not very hard. Those onshore easterlies will persist for about 24 hours, blowing in the warmest beachline water of the year, well into the 70s.

Short of sharks, that mild water won’t necessarily usher in any enhanced surf fishing. What’s more, if the wind shifts a bit more northerly, in comes the eelgrass – and sewer crap from up north, where they’ve recently had some gully washers. Bad combination. I’ve always wanted out beach cleanup folks to gather all that northern junk and haul it back up. “Uh, you guys lost this.”

The periods of light wind through Monday will once again open the doors to rampant bayside fluke fishing.

The flatties are there in the bay in near overwhelming numbers, which is doom if you’re a young-of-year species, including gamefish like bluefish, weakfish, tog, winter flounder, kingfish, seabass, to name just a few.

I’ve long been suspect of the babying of fluke at the expense of other gamefish. To prove my point, in recent days four bayside vessels took 181 undersized fluke. Multiply that by the total number of boats out there you get an idea of how many fluke brick the bottom. The thing is, many of these released fish weren’t that undersized. They are fully capable of eating just about anything swimming in the bay – and they do. And there really aren’t that many natural predators for fluke. Obviously, humans pose the greatest threat. And a damn decent and deadly one I should add. However, in the not distant future, conservationists will likely laugh, pathetically, over the half-assed job our fishery management did by fully failing to think as the bay ecosystem as a whole. When you baby one species, it’s pretty much doom for the rest. Add to that manmade eco imbalance the egregious environmental damage and stress being humanly placed on the bayside breeding grounds and it’s all over, baby blue. Just sayin’.

SAFE SHARKING: I saw an understandable FB rant over a dead shark that washed up – obviously the victim of shark fishing. I can’t in good consciousness discourage folks from toying with this fun fishery – after so many other species have been restricted or fully removed from saltwater anglers. But, I have noisily warned in the past that sharks are wusses when it comes to surviving being caught and improperly handled.

As for breakoffs before landing, that happens on the beach, nearshore and (more so) offshore. It can be reduced by learning the ropes – and knots, hooks and line test – but it is still part of the sport. My advice is to study those “ropes.” Tackle shops can help educate, as can YouTube and Google. But most of all, you can help by being meticulously careful with shark catches-and-releases.

Tip: Do not drag sharks way up on the dry sand to unhook and release. Keep them wet. Let them lie near the water – unhook and quickly return to the water. With smaller sharks, don’t hoist them up in the air with one hand, show-off-style. I see it done a lot. That bending action for a shark is death, via internal injuries and a release of the urine contained in the meaty parts of the fish. Do not kick/roll a landed shark back into the water. What’s more, get a rapid photo of the shark – not a series of shots with every family member -- and anyone walking the beach.

Ray Romano stopped by my shop this morning.

SEA ISLE CITY -Just two and a half miles off the Sea Isle City coast three fisherman set out to catch some blue fish, only to discover something much larger, a 57 inch Barracuda.


Justin McCaffrey also known as Capt. Zig is the owner and operator of First Fish Adventures in Sea Isle City. On Wednesday night, Capt. Zig and two fishing buddies say they caught the large fish, which officially weighed in at 37 pounds.

“The feeling was outstanding once we got the barracuda on the boat,” said Capt. Zig.

Officials with the NJ DEP say it’s rare to see Barracuda’s in this type of area, and that it mostly got caught in the Gulf Stream.

Barracudas favor more subtropical oceans, but can be found anywhere from Massachusetts to Brazil, officials said.

According to the NJ DEP, their last official Barracuda record was set back in 1991, weighing in at 27 pounds.

Ex-Congressman calls for US consumers to boycott Russian pollock

Ex Congressman George Hochbrueckner, who represented New York’s 1st Congressional District from 1987 to 1995, has been tapped as the spokesperson for a campaign to get Americans to boycott Russian pollock as a way to express their anger of Russian actions in Ukraine.  His opinion piece, and links to a website justsaynyet.org, were published in the Hill, a Capitol Hill newspaper this week.

Russia’s outrages, from its unflinching support for the murderous regime of Bashar Assad in Syria to its violent and illegal annexation of parts of Ukraine to its apparent complicity in shooting down a civilian airliner over Ukrainian airspace last week, killing more than 290 innocent people, are affronts to the civilized world.

President Obama, joined by many allies, has levied an escalating series of targeted economic sanctions against Russia, which are beginning to put serious strain on its fragile economy. According to several new public opinion polls, anti-Russian sentiment is growing among ordinary Americans, and Obama is no doubt considering a further turning of the screws to signal America’s indignation at Russia’s behavior and to attempt to change it.

Families across America don’t have to wait; they can stand up to Vladimir Putin, and they need look no further than their grocer’s shelves and local restaurants to do it. Boycott Russian fish. In 2013, Russian companies caught almost 4.3 million tons of fish, putting Russia in the top 10 of the world’s fishery producers and employing hundreds of thousands of Russians. President Putin considers fisheries a “strategic” sector and a key part of growing Russia’s gross domestic product. Pollock is the most important of Russia’s commercial catches, accounting for more than 60 percent of Russia’s total fish and seafood catch. The export of frozen, Russian-caught Pollock — much of it to America — amounted to nearly a half million tons, or 35 percent of Russia’s $2.4 billion seafood export sector. All of which makes a consumer boycott an easy choice for Americans seeking an outlet to express their feelings toward Russia.

Americans love seafood. According to the National Oceanic and Atmospheric Administration, Americans consumed 4.5 billion pounds of seafood in 2013, nearly 16 pounds annually for every man, woman and child. Despite having the gold standard for fisheries here in the U.S., 91 percent of seafood consumed here is imported from places like Russia. Some may ask how Russian pollock came to so pervade the U.S. market when higher quality, more sustainably caught pollock is available from our own Alaska fleet.


For one, some large U.S. buyers such as fast food restaurants and Big Box stores like the profit margins on cheap fish. But there’s more to it. Russian seafood has been shoved down Americans’ throats by a clever bit of branding. A European organization called the Marine Stewardship Council (MSC) has made a business for itself by “certifying” that fish are sustainably caught. However, MSC standards aren’t equal to the standards of U.S. fisheries. What’s more, the MSC certifies Russian pollock through its bush-league subsidiary called the Sustainable Fisheries Partnership. The partnership is paid for by the fisheries as well as the buyers. That smells fishy to me.


To do their part for conservation, many American buyers like supermarkets, restaurant chains and others will buy only “sustainably” caught fish to sell to consumers. That’s how you get cheap Russian fish dumped into our country.


Everyday Americans can do their part by asking their supermarkets and restaurants where their seafood comes from. If the answer is Russia, ask for American alternatives. A new website, justsaynyet.org, also has a handy tracker of brands that sell Russian seafood. The point is, boycotting Russian fish strikes at the heart of a strategic Russian sector and supports one of America’s.


Americans understand how the global economy can enrich us all by offering us choices. For Americans wishing to send Russia an unmistakable message, the choice is clear. Just say nyet to Russian fish. After receiving numerous reports of a baby left inside of a locked vehicle alone, medics in Hoboken, New Jersey broke the driver's side window of the vehicle to rescue the apparently lifeless looking child.

After gaining entry to the car, the EMTs discovered the reason the baby seemed lifeless was because it was a doll belonging to the granddaughter of the owner of the car.

While this turned out to be a false alarm, police say they are very serious about rescuing children left alone in cars.

There have been numerous incidents this summer.

Earlier this month, relatives said a 3-year-old South Carolina boy died several days after being trapped in a hot car. They say he had climbed into the vehicle while his mother slept.


Last week, police told Action News a 6-week-old baby was left unattended inside a SUV in the parking lot of a Northeast Philadelphia Walmart store. 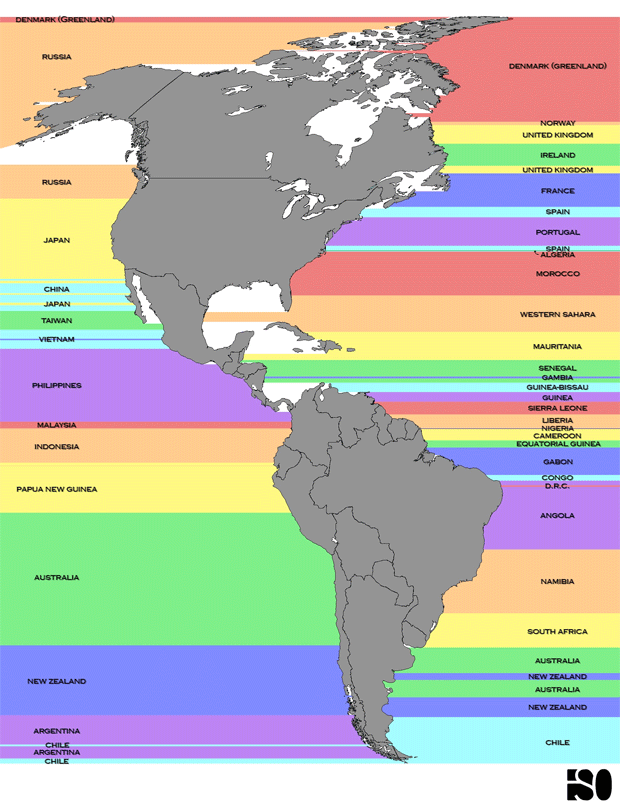