When you really gotta distract the other team's foul shooter ... 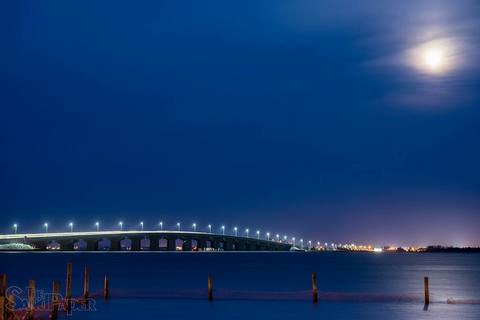 Here's a video speak peek at tomorrow's auction in West Creek, NJ: I see a load of stuff grazing in my field of interest:

Jay, just wanted to give our fellow rock hoppers a heads up today. With the recent bluefish push into the area there is a lot of blood on our local jetties. I took my first bad fall this morning in BL on a patch of fresh blood that I didn't see. Had my cleats on too and it didn't make a bit of difference. Slick as ice. Other then a ruined pair of jeans, bad cut on the knee and a sprained wrist I'm okay. Couple feet to the right and I'm swimming with the fishes. Might want to put an alert up on the block for the guys headed out at night.

Friday, April 22, 2016: The bluefishing has broken loose. And we’re again seeing choppers where we used to see skinny tailors/cocktails. It’s not a nonstop bail but you keep plugging away, or throwing chunks out, they will come. They are pretty much “all-heads” but I also saw some shots of fatter fish, which are fattening up quickly. By the by, these are breeder fish so after you keep one or two for dining, let the rest swim free to make snappers. 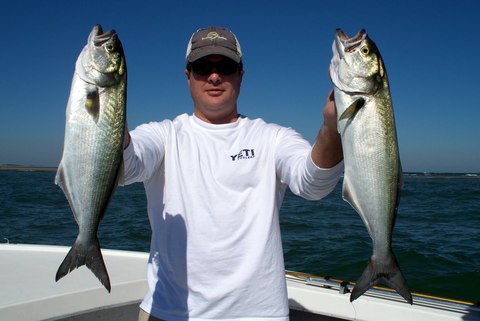 Below: Daniel A Godoi "His first gorilla blue,jumbo,choppers, all on his own.  Couldn't get close to the bite because we had no waders so we stick to out spot waiting for them to pass by and when I looked he was hooked ... 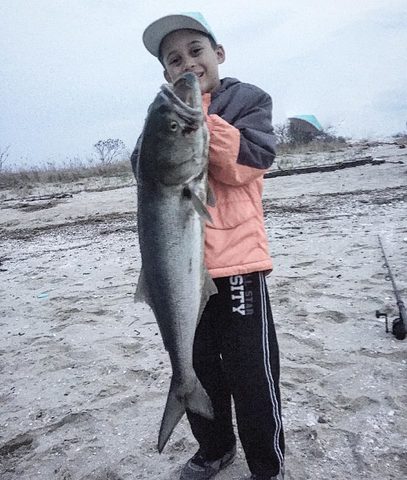 I hope to get out later today toward Barnegat Inlet South Jetty. The hard SCA south winds make that area a lot more casting friendly. I’ll be using jigs (3/4) and plastics, fished off some shinny vintage wire leader from the 1940s/50s that I dug up at an old dump. 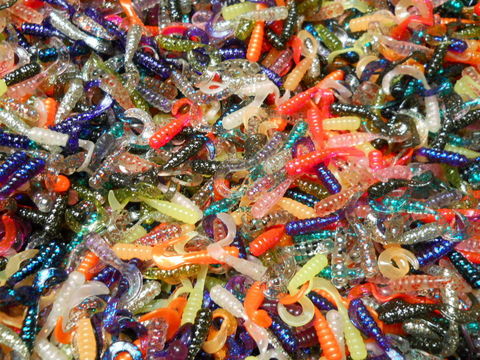 While recently getting rid of a few of the too-many tackle boxes I had, I must have pulled out 50 packets of plastics, some older. I don’t care how many get ripped up. And bluefish don’t care what a plastic looks like, it’s the apple of their eyes. A bluefish never met a plastic tail it wouldn’t bite. The jigheads also put me in the game for passing bass and weakies.

I was sent an email by a fellow who had his on-line bluefish severed. It makes sense that certain sharks are moving in, following the same migratory course as blues and bass, either tracking the same forage foodstuff or to grab a too-slow gamefish. I can’t see it not being another wild and woolly shark late-spring and summer. The stocks remain almost insanely protected and emerging science indicates many shark species are not nearly as slow reproducing as first thought. I remain a hardcore non-fan of bulls sharks … and their oversensitive protection. There will be attacks by bull sharks on humans, often kids, beginning in North Carolina … soon. Below: Last year in spring. 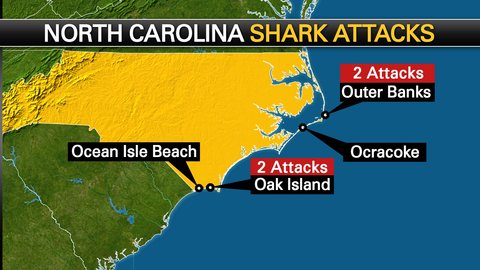 Why kids? Possible their tendency to thrash, to be in the water more often, and, (I believe) they are a very attackable size. I hate to even say it but kids are the equivalent of what we anglers call eater-size. Not so funny when the shoe, make that teeth, are on the other foot. 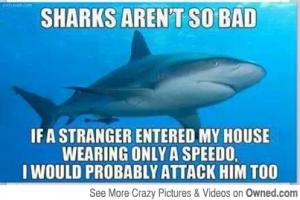 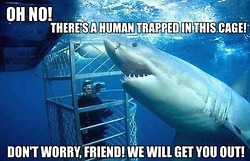 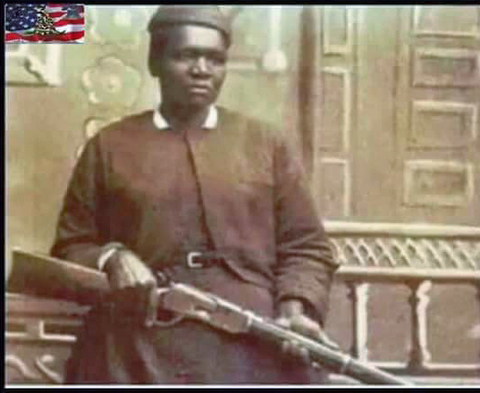 I don't if it's just my weirdness but I think the above Tubman photo on a $20 bill would be kinda/quite cool.

Below: (Long Island, NY, in this case) I wish this was the first time this has happened but I lost count at dozens of similar thefts. (Funny, I mis-typed "similar" and got the auto correct work "simian," meaning monkey-brained. Hey, auto-correct was right-on in this case.

I'm not sure where these monkey-brained scum pawn what are often large loads of stolen fishing equipment but the buyers are often just as guilty when they're offered great fishing gear by some numbnuts who wouldn't know a blowfish from a blow***.

You might recall I wrote about an Island incident where a ripped off angler found some of his stolen gear being fished not far from where it was stolen. He was gonna let loose on the user until it was realized the user was merely a renter (with family) who was told he could use the fishing equipment inside the unit be was renting. I followed up and the homeowner -- very non-outdoors person -- had purchased rods and reels in a, let's say, quick sale -- though the price wasn't a giveaway by any stretch. The trail went cold after that. Anyway, be police-calling suspicious if you get offered, or know of anyone getting offered, random fishing gear, often accompanied by the prototypical line, "I got it at a garage sale."

That said, there are very legit offers of equally legit fishing equipment. It all comes down to common sense and a huge dose of gold-old caveat emptor. My garden is coming alive ... kinda. These are doll heads collected in the back-bay wash-up areas and along the beach after storms. I think there's an oddly artistic look and essence to them. Their days of child's play are over and they've assumed an odd continence of their own. By the by, some of these are bisque antique doll head and worth a pretty-faced penny. I keep the really valuable ones I find (dig) carefully tucked away. Awesome morning on the yaks with
James Buonanno Jr. and then some jetty Gator Bluefish fun in the afternoon. Back at it tomorrow. 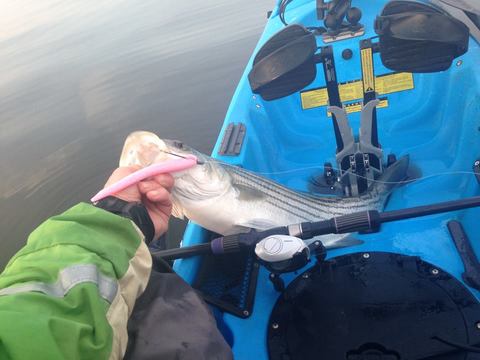 Below: Just a fun look. I'm not endorsing or taking endorsement perks.

See our Legend Lure in action. Get yours today! 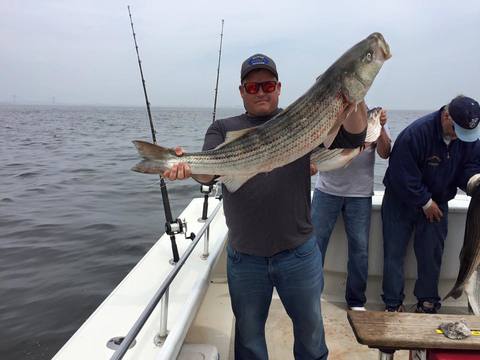 I'll be adding stuff to this blog later today ...