Dec. 30, 13: A bit of bird talk followed by a bit of info on this week's ban of common incandescent light bulbs ...

Monday, December 30, 2013: Still flocks of folks working the south end for a gander at an owl – or five or ten. However, the wilderness area was not hopping with owls today.

I did my obligatory, on-vacation cruise-about and saw a couple owls and a falcon. It was kinda drab – overcast and uneventful. Leaving, I had to assist a struggler -- who made the easy walk down, followed by the pooped realization that it’s almost three times further walking back. It’s some sort of weird, cosmic math involved. 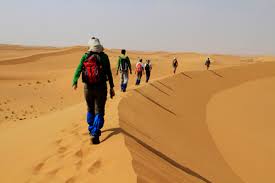 Buggy warning: Avoid using the 15th Street buggy entrance at 15th Street, North Beach Haven. That’s the Deerskin Leather Etc. store street. There’s a nasty drop-off right at the entry point. It might be passable but it’s not worth the roll risk. And it’s a long way down right about there.

Although there won’t be a federal incandescent “bulb squad” loosed by DC to track down violators, no savvy business is going to get stuck holding onto tons of the banned bulbs.

This week’s end to everyday incandescents is leading to panic buying at places like dollar stores and other last-resort outlets. I managed a few packs of 60w bulbs at Wal-Mart but they were the last packs on the shelves.

The existing stocks of gold-old pear-shaped bulbs might remain available for a year; six months if the run on them continues unabated.

By the by, the ban on incandescents does not include three-way bulbs, special 150-watt bulbs and chandelier-type bulbs, though the days may be numbered for those bulbs.

There are three bulbous options when everyday incandescent bulbs are used up.  They are halogen bulbs (closest to the old incads), LED bulbs (amazing energy savers, though way expensive) and, the most controversial of all, the compact fluorescent light bulbs, a.k.a. CFLs. The CFLs are seemingly the go-to choice of the government but are, in the minds of many, a ticking time bomb due to a small amount of mercury in every bulb. Which is why I called all y’all in here. 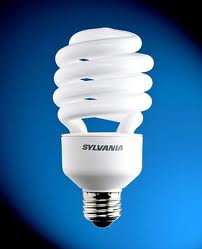 I want you to check out what is recommended – verbatim, by the EPA -- if you break a CFL bulb. Remember, these are the bulbs that will now most likely fill the vacuum created by banned incandescents.

What a joke. I'll be buying incandescents at thrifts.