Fisherman's Headquarters: Chris Lagrossa of Toms River just took the lead in our Sandy Extension Tournament with an 18-lb 9-oz bass. 2nd place is currently held by Rob Vallone with his 12-lb 6-oz bass. There's a little more than a week left and plenty of fish in our waters.

Sunday, December 16, 2012: Quite a few folks fishing today, despite the drippage. The water looked incredible. I’m going to give it a late-day at daybreak, though I’ll be forgoing the best-bet clam chunks for jigs. If you’re still getting bass, drop me a line at jmann99@hotmail.com. 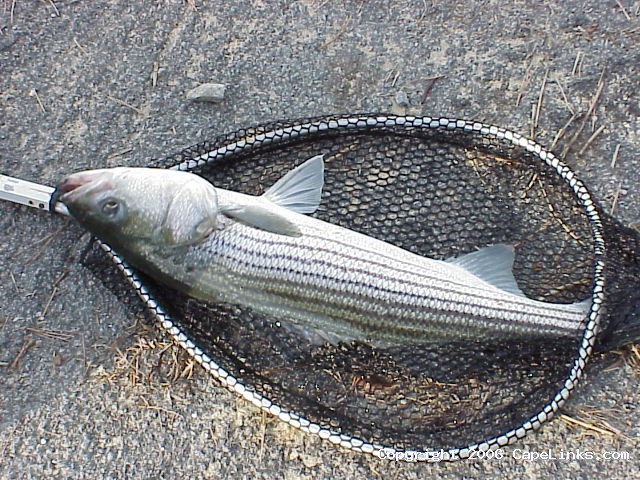 I had a super-odd ghosting event yesterday.

No, it was nothing supernatural at all.

I was walking a wooded path area (Stafford) I travel with utmost regularity – toward a favorite dig site. About 100 yards from where I had parked, I detected the telltale rustle of a wildlife presence, very  nearby. I stopped, the rustle stopped. I walked, it started up again.

My every step was being paralleled by something. I can’t say I’ve ever had that happen before.

And it wasn’t something tiny rustling along. Truth be told, I kinda knew what it was.

This ghosting behavior went on for about 50 yards until I came to a four-way crossroads. If whatever was interested in me was gung-ho enough, it would have to cross an open (dirt) road to stay by my side.

Sure enough, as I went through the intersection, out steps by a truly scraggy, damn-new pitiful coyote. Maybe 30 feet away, he made eye contact with me and cowered -- but didn’t run, though he did back up a bit.

This is the third time -- three different coyotes -- I’ve seen this semi-begging behavior. All took place near highly populated areas near refuges or conservation zones.

Going against the advice of both animal control authorities and wildlife officers, I squatted down and tried to coax the wild canine toward me. Not a prayer. He wasn’t there to make friends by any stretch.

My guess was he had either been fed by hiking humans in the past or, more likely, he had a honey hole house where he scored easy outdoor vittles, inanely put out as “wild cat food.” For some reason, possibly being beat out of the cat food by a more dominate animal – or, conceivably, having lost the steady handout due to the flood – this guy was all but willing to do a song and top-hat routine for a meal.

Already thinking about what I might have back at the truck to feed the forlorn fellow, I decided to try communicating my intention of getting some food. I made a flipping gesture with my hand, trying to signal I’d soon be throwing him some goodies. I can only surmise that gesture means something real bad in coyote. He fully freaked. As feeble as he looked, he disappeared at the speed of light.

Still, I went back to my truck, grabbed my better video cam, a full box of “Reduced Fat” Cheez-its and (I’m not sure why) a half-drunk bottle of Gatorade. I hiked back to where I had flipped off the coyote. No paralleling action this time.

I poured out some Cheez-its and waited about 15 minutes. No show. However, when I passed the area again a couple hours later, he had downed every cracker. Paw tracks everywhere. I poured out the remainder of the box – lessened by my munching activities. I go that way a lot so I’ll be on the look in the future.

Stuff like that is always quite cool to me – even if it’s surely not the best way to interplay with wildlife. In my defense, this coyote had positively been familiarize with humanity through someone other than me. I would never do that in the outback, where hunters would take cheap advantage of coyotes putting their guards down. 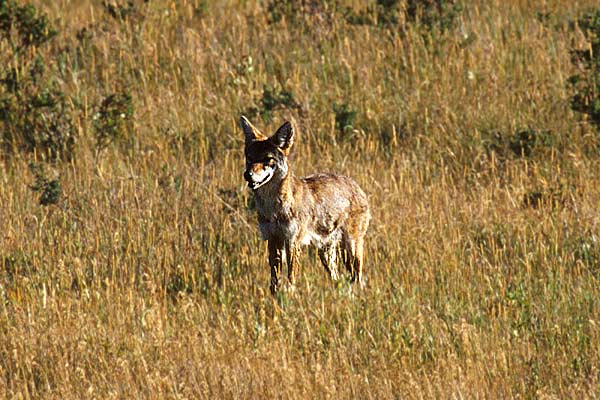