Bring Out Your Diamonds; Snowys Cruise Back Home?

SHINE ON YOU CRAZY DIAMOND:Manmade diamonds are nothing new. But here’s an emerging facet of the industry I’m hoping will stay in the rough.

A growing number of mourning folks – with, apparently, loads of money to mourn with – are making deceased loved ones into wearable jewelry. I’m not talking about a pendent holding some deceased hairs – or a pinch of cremated remains. That’s actually been done to death. Late loved ones are now being made into a girl’s best friend. Huh!?

For something in the neighborhood of $20,000, a number of companies will take the carbon-heavy ashes of cremated loved ones and make said ashes into a diamond. It’s done with pressure machines capable of compressing millions of years’ worth of planetary compression into mere months.

Converting the dead into diamonds is becoming big business. A slew of such companies are rising up, sorta like zombies.

Here’s an advertising blurb from a company called LifeGem: “Your very own LifeGem diamond(s) can be created from the carbon in cremation ashes, a lock of hair, or both. Of course, not only do we turn ashes into diamonds and hair into diamonds, we also have a full line of cremation jewelry, rings and pendants to accent your beautiful LifeGem cremation diamond.”

To me, this diamondizing of the departed is a creepy concept. At the same time, it might be a case of whatever floats your bereavement boat.

My fear is having a gal proudly show me a comely diamond ring and announcing, “Look, Jay, this is Morty – your old fishing buddy.”

“Uh, I kinda remember him as being a lot larger, Agnes.”

“No, silly, this is his ashes. I’ve had them compressed into a diamond.”

“Oh, I had him exhumed and cremated.”

“You know that Morty would have wanted me to do this.”

Actually, Agnes, Morty would be rolling in his frickin’ grave right about now – except for the trifling fact …

“I can’t say I have much to compare him to, Agnes. Also, what are those little diamonds next to him?”

“This little one is our wonderful malamute, Samson. The other is our beloved cat, Fifi. You remember them.”

“That I do.” And I’m guessing there are now a couple “once-used” plots available over at the Warren Grove Pet Cemetery.

“You know, Jay, wearing this diamond ring I feel like they’re all still living with me.”

“You aren’t like the other folks in the adult community, are you Agnes?”

“I’ll have you know it’s very important to stay in close touch with the dearly departed.”

Thinking further on this dust-to-diamonds thing, what about those widow-inclined women whose husbands seem to die, left and right? Hell, those gals could soon have an entire tennis bracelet worth of diamondized dearly departeds.

“This diamond is my first husband, Jerome. You remember him – and his stupid little pimp mustache. This one is the remains of Lou. He owned the boat Better or Worse. He was so much fun. What a gorgeous diamond he became! This one is actually some man whose ashes went unclaimed for two calendar years, so I lied and said I was his cousin …”

“And what about that husband you hated?”

“I made him into a diamond fingernail file.”

Ouch. Yet another reason I never got married. 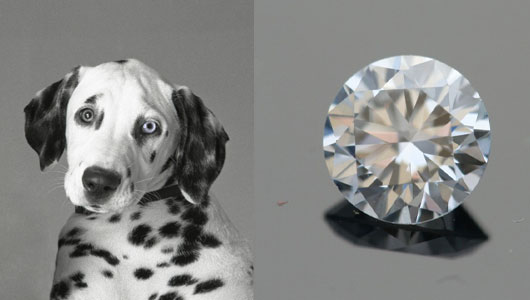 WEATHER WORDS: My long-term winter forecast was, “If you don’t like the weather, wait a day.” I was mainly emphasizing utterly wild swings in weathery things.

I know it’s too early to fully assess my assessment but witness our air temps near 60 degrees one day and followed by savage, single-digit air temps the very next day – to soon be followed by air temps back into the 50s. If that isn’t a wild swing thing, nothin’ is.

I’ve been basing my predications on polar jet streams going yo-yo, dropping arctic “vortex” air one day, and then being drawn instantly upward (north), pulling in mild, southerly air. Good news: The warmish south side of things could start to prevail.

OWL EXIT?: The great snowy owl invasion of 2013 is apparently flying the coop. Holgate’s state-leading snowy owl count – as high as 13 owls simultaneously on-scene at one point – now consists of a couple/few stragglers. These hangers-on might be bona fide overwinterers.

Admittedly, the recent snowfall made the owl counting in Holgate a lot tougher. For some strange reason, it’s really hard to see snowy owls in the snow. Still, a goodly load of bundled up bird watchers were out there trying to ferret out snowys.

Seeing all those squinting birders, I was sorely tempted to sneak off and build a slew ofsnowman snowy owls – using cockleshells for eyes. At night, I could covertly set them up, bayside. The following morning, I’d hang off to the side and watch all kinds of folks excitedly swarm to get a gander at them.

Eventually, I’d strategically bounce over in my truck.

“Jay, we’ve all been watching those owls way over there. It’s really weird. They haven’t moved a feather for at least an hour now.”

Children commence to cryin’ and running to their mothers. Birdwatchers turn their heads away, as if seeing a car accident. One teenage girl even gets all dizzy and has to sit down in the snow.

As I silently pack up my scope, I stoically offer, “Nature can be a cruel mistress.”

Somberly walking off, I’m laughing so hard inside that I trip over an ice bank and crash headfirst into a refuge sign. Serves me right.

WHERE’D THOSE BUGGERS GO?: The departure of the snowy owls leaves behind the semi-cosmic question: Where the hell did they go?

By way of background, I’m told by bird-ID experts that most of the snowys making pit stops in Holgate were birds on the move. The ten owls seen one week were not the same ten seen a week earlier. Tabulating all those comings and goings, I compute as many as 100 owls came and went. But wherefore went they?

It actually gets a bit mysterious when pondering the snowy owl count taken down around the Chesapeake. It was minimal compared to our tally. Something happened between here, there and wherever.

An educated guess has the birds actually turning around and hightailing it back northward. But, if so, why no media hoopla surrounding their northly journey? After all, when heading south, the eye-catching owls were front-page news wherever they lit. There hasn’t been a peep about them moving back toward the arctic.

That’s not overly weird. When the explorative juvenile owls were moving south, they were feeling their oats – stopping daily to see what the latest terrain was like and what was on the menu. However, at some southbound point, the owls likely got a sinking instinctive sense that they had gone far too far astray, especially the one that made it to Bermuda and was greeted with “Waddup, white bird? Everyting criss wid you?” Canada, I’m comin’ home, eh. 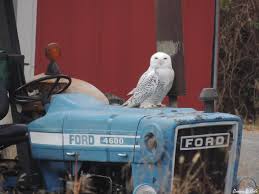 Genetically compelled to head back to more familiar, lemming-spiced grounds, the touring owls probably beelined northward. With bellies full of birdlife and rodents eaten hereabouts, the express-lane owls could easily power home in a mere couple days of nonstop flight.

But fear not, it seems a few are still hanging around Holgate. There seems to be two or three still firmly implanted therein. In coming weeks, there will be no shortage of owlers out and about. Should the sightseeing recede, I’m guessing there will be scant few of us there on a regular basis when the snowy showing isn’t so glowing. Harkening back to the last snowy owl display in our parts (maybe the early 2000s), three owls during that showing stayed here until spring. They might stay.

ODD LOBSTER PERSPECTIVE: What happens when you have the largest “live lobster” Christmas mail-out year ever and services like FedEx and UPS drop the delivery ball – you know, when it absolutely, positively fails to be there overnight?

You have live lobsters in insulated boxes, surrounded by melted gel ice packs, wrapped in once-wet, now-moldy, newspapers sitting idly in overloaded pickup bays. Such was the foul fate dealt many mailed Maine lobsters this past holiday season.

No sooner did I read about the high-and-dry undelivered lobsters than I chatted with some folks who got a too-late, six-pack of large Maine lobsters.

That’s when the peculiar part crept in.

“I couldn’t even bear to look inside,” lobster recipient Mrs. T. told me. “I couldn’t bear to see what happened to those lobsters.”

To sidestep seeing the sordid scene within, she had her kids open the crate outside and quickly empty the lobsters into the lagoon. “They told me they were still alive but I think they were BS’ing me,” said Mrs. T.

I just had to chuckle over the fact that Mrs. T was more than willing to fling the selfsame lobsters into a pot of scalding hot, heavily-seasoned water – while the mere thought of the crustaceans having died in the crate was insufferable. Hmmm.

An old vegetarian slogan I recall: Eating meat is murder – but eating lobster is closer to justifiable homicide. 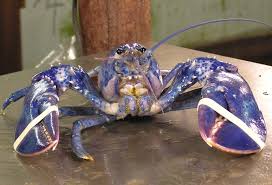 I was contacted by a college grad (congrats, Lou!) who got a 4WD truck as a combo graduation/birthday/Christmas present. He asked a damn decent question for a newbie.

No disrespect to the dealer – and congrats on that sale – but that’s a buncha crap.

When it comes to hitting the beach, “Auto” can cause your truck to have what might be called an instant of uncertainty, as it tries to figure out why things just went from smooth and easy (road) to insanely sinky. By the time it dives into 4WD, you better hope you haven’t come on the beach at a bad place, i.e. virtually any and every access point. The worst sand is almost always at access/exit areas; they’re the last places you want even a microsecond of 4WD engagement uncertainty.

Before going onto a beach, stop the vehicle and turn the knob onto 4WDH, then proceed. I hate on-the-fly switches to 4WD. It’s just not good for the system, despite industry claims.

When departing the beach, go to harder ground, stop vehicle, switch to “Auto,” place shifter in reverse (no need to back up, though), then shift into drive – and you’re off. Don’t underestimate that quick shift into reverse. It’ll add years to your 4WD.

When driving the roadways, especially around LBI, drive in “Auto.” I never use the 2WD option. It might serve up better gas mileage but I’ll take a slight hit to my mpg for the sake of having an “Auto” computer covering my ass – should the road suddenly go psycho.

OWL TRIALS AND TRIBULATIONS: I got one of those cute emails from a little gal worrying that our snowy owls might die in this lethally cold weather. 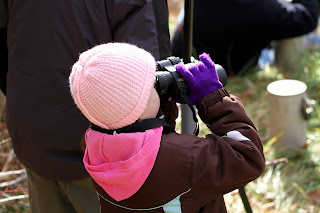 I was about to send off a cute-inclined response about the arctic origins of the owls and how they can easily take a few nights of single-digit cold … but I hesitated. Instead, after some research, it turns out that it’s never a slam-dunk survival scene for a young snowy owl when nailed with a severe and sudden drop in air temps – even an owl with arctic roots.

The upside to these recent cold snaps is their short-livedness. Still, the latest polar vortex is going to test the mettle of N.J.’s temporary snowy owls.

No, I didn’t let that science stuff leak into my response. I simply said, “I’m sure they’ll be just fine.”

I also resisted an unsightly little urge to add, “If one does happen to bite the sand, I’d sure like to have its feathers.” Just sayin'.