Below: I decided to do my own wiring to keep warm air circulating. Nailed it.

Monday, December 12, 2016: Being a weather buff, how can I not start with what is about to befall us, frigidity-wise? In fact, I know see a Thursday nighttime low easily reaching single digits in the Pines … and not much better here on LBI. That’s insane for a globally warming late-fall.

As to hopes of snow, it looks like it's one of those years where it's cold ... until the moisture arrives, then it warms remarkably fast. You'll see that by this coming weekend.

TURKEYS IN EAGLESWOOD: Below is a look at a large rafter of sorta wild turkeys from over Eagleswood way. I was metal detecting at the time. It shows only about half of the remarkable showing, a rafter I had written about in the past. The other half had foraged off in another direction.

These semi-wild birds easily saw me sitting there – being as observant as any form of wildlife – but, instead of spooking, they pretty much disregarded me and went on scratching the leaf litter and pruning.

After I was done this video, I went back to metal detecting and soon sensed I was being watched. A few of the turkeys had waddled to within 30 feet, seemingly checking out what I was doing digging holes. It is possible they’re being fed, meaning they might have also shadowing me for a handout.

In case you’ve never experienced turkeys in the wild, they are masters of laid-back deception. They gaggle along, looking like they’d be dead ducks to any passing predator. Fat chance. When those suckers want to move, not only can they run like track stars but they masterfully duck in, around and under vegetation – at full clip. If a predator, like a coyote, remains on their fleeing tails, they then resort to taking flight. If need be, they’ll tree up – which they do nightly to sleep.

Back in my rowdier outdoor days, I got the infantile notion I could run down a wild turkey, thus my knowledge of their epic elusiveness. I almost got one when it got hung-up in briers. I wasn’t gonna hurt it! Besides, my idea of “almost” was me being ten feet away and as brier-stuck as the turkey -- and both of more concerned with getting out, simultaneously thinking, “Well, this was stupid idea.”

Out of all the coyote scat I’ve checked for insights into their foraging, I’ve never found turkey parts. I’m sure a few turkeys fall prey to the wild canines but any coyotes intent on surviving off fresh turkey meat will soon find themselves scraping week-old roadkill squirrels off the highways.

It’s a stretch to say NJ’s of “wild” turkeys are purely wild. They all stem from 22 birds released in 1977, as part of its Division of Fish and Wildlife ongoing Turkey Restoration Project.

The species had been obliterated by the mid-1800s, due to a still-apparent demand.

By 1979, those reintroduced birds did such a bang-up job of reproducing that state biologists and technicians used a live-trapping and relocation method to establish quite-healthy populations throughout the state.

In what the Division dubs as, “One of the greatest wildlife management success stories in the history of the state,” there is now an estimated population of 20,000 to 23,000 Garden State wild turkeys, enough to allow a limited spring and fall hunt. The hunts bag a very modest 3,000 birds.

Per usual, I need to add a minor correctional point – but going in a good direction. I’ll bet the farm that 23,000 count is skinny … by thousands on end. There’s a load of turkey out there, wherever I roam.

By the by, I have friends who occasionally dine on wild turkey and the best they’ll say is it’s an acquired taste, in the famed “gamey” way. I don’t eat meat or poultry so I’ll let you interpret that.

OWL NOTE: I don't presently know where any Island snowy owls are located. I'd let you know (in non-exact terms) if I did. I'm not as mum as some photographers in giving up snowy locales, though I see their point when a particular bird in highly vulnerable to over exploitation. For me, the owl sites I frequent are a tough reach. Anyone willing to go the hiking route deserves a snowy look-see ... on me. 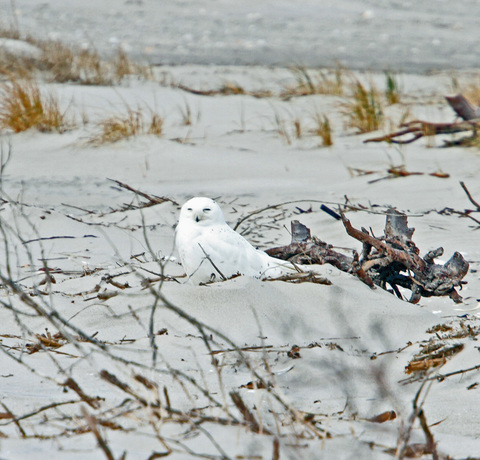 I will note that this arriving bitter weather could draw more northerly overwintering snowys down our way -- though the overall showing of the species is remarkably forage based, dating back to the arctic availability of lemmings during last summer's nesting season. Snowys can actually increase the number of eggs they lay based on available forage. If a high egg count is in play, the forage must remain available for the feeding of chicks -- and even after they have fledged. 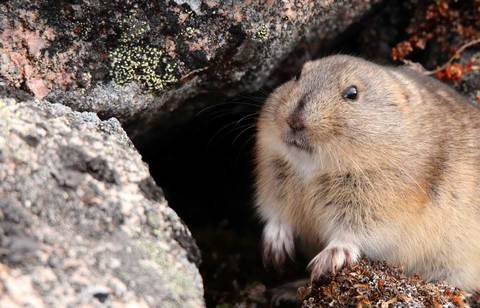 Like many raptors, snowy owls are combatively territorial, as we saw in the winter 2013/2014 irruption, when dozens of owls lit on Holgate. Regardless of where an owl landed, eventually another one would come wanting the exact same perch. 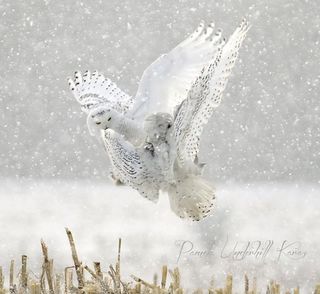 That aggression is surely part of the southerly diffusion of snowys in winter, as the meeker get routed. It's not unlike the natural dispersion of harbor seals, forced southward due to pressure from larger more senior seals, though the snowy don't swim nearly as well.

Speaking of seals (smooth segue, eh?), it's that time again. Uh, maybe it's best to just give her one thing to remember at a time ...

Despite Eating More Fish, Only 10% of Americans Eat Recommended 8 oz per week

Although Thanksgiving last month was about turkey, year round, Americans are making room on their plates for more fish and other seafood.

We ate an average of 15.5 pounds of it in 2015, continuing a three-year rise, says a recent report from the National Oceanic and Atmospheric Administration (NOAA).

But here's the catch: That's roughly one 4-ounce serving each week, or half the 8 ounces recommended for most adults in U.S. dietary guidelines. The American Heart Association also urges adults to eat two fish meals a week.

A fish-rich diet lowers the risk of dying from heart disease and may help with weight control. It's also good for early brain development, which is why pregnant and breastfeeding women should aim for 8 to 12 ounces a week, according to draft advice from the Food and Drug Administration and the Environmental Protection Agency.

"Fish are a package of nutrients that really don't exist anywhere else," says Tom Brenna, a professor of nutrition and chemistry at Cornell University. He sat on the 2015 U.S. dietary guidelines panel and is on the board of the Seafood Nutrition Partnership, a non-profit group backed by the seafood industry.

Those nutrients include protein, selenium, vitamin D, vitamin B-12 and, perhaps most important, omega-3 fats, which boost heart and brain health. Other sources of omega-3 fats, such as walnuts and vegetable oils, do not pack the same punch. Neither do omega-3 supplements.

"To think you can just break open an omega-3 supplement over a hot fudge sundae and get the same benefits is wishful thinking," says Alice Lichtenstein, vice chair of the dietary guidelines panel and a professor of nutrition science and policy at Tufts University.

Yet just 10% of adults eat enough fish, according the Department of Agriculture. One big reason, according to consumer surveys: People say they don't like it very much.

"Children grow up and think they don't like seafood because they have never eaten it," says Lynsee Fowler, communications manager for the National Fisheries Institute, a non-profit seafood industry group.

Dawn Jackson Blatner, a registered dietitian in Chicago and author of the upcoming book The Superfood Swap, says she hears that from clients all time — and she can relate. "I didn't eat fish growing up and I thought I didn't like it," she says. "Now I eat salmon for breakfast."

Fish also can be pricey, though many popular choices cost about as much as chicken and beef. Some, including canned tuna and canned salmon, are relative bargains, Blatner says.

But it's not just about taste and cost. Consumers also have a number of other fears.

Much of the fish we buy today is farmed, not caught in the wild. While conditions at some fish farms have raised concerns in the past, those conditions have improved, Brenna says.

And when it comes to nutrition and levels of contaminants, including mercury and dioxins, farmed and wild fish appear to be about the same, the U.S. dietary guidelines say. "Some farmed fish have more omega-3 than wild fish," Brenna says.

Fish do contain mercury, a toxin, because our waterways do. But some fish –the biggest, longest-living predators – contain much more than others. And Americans mostly eat the lower-mercury types, including shrimp, salmon, tilapia and pollock.

The draft FDA and EPA guidelines say young children and women who might get pregnant, are pregnant, or are breastfeeding should eat a variety of seafood but avoid four high-mercury types: tilefish from the Gulf of Mexico, shark, swordfish and king mackerel. They also say these groups should eat no more than 6 ounces a week of white albacore tuna – though that stance is controversial, with some groups saying all tuna should be on the "avoid" list and others saying the limit is unneeded.

Some fish species are in states of depletion or are caught in ways that harm other species. But U.S fisheries have made considerable progress in ending overfishing and rebuilding fish stocks, with some exceptions, says the watchdog group Natural Resources Defense Council.

Frequently-updated seafood buying guides are available in apps and on websites from the Environmental Defense Fund and Monterey Bay Aquarium.

Generations of chicken roasters and burger flippers may not know what to do with a tilapia filet. But "it's not something to be scared of," Lichtenstein says. "It's a matter of finding out what you like and going with it."

You can start by trying the recipes you like at restaurants or friends' homes, she and Blatner suggest. But there's no reason to make it complicated. Blatner says any fish fillet can be baked for 8-10 minutes for each inch of thickness in a 400-degree oven. If you like it crunchy, coat it in some finely pulsed nuts, she suggests. Frying, of course, is not as healthy. Many people will find broiled seafood is their favorite, Blatner says: "I tell people it's just upside grilling."