John Constable Rainstorm Over the Sea 1824 Saturday, December 15, 2012: Looks like were drifting into another rain period, albeit with mild temperatures. A slew of northern storms, training a… John Constable Rainstorm Over the Sea 1824

Saturday, December 15, 2012: Looks like were drifting into another rain period, albeit with mild temperatures. A slew of northern storms, training along the US/Canada border, will either drop toward us or drag tailing warm fronts over the region. That warm front thing always means goodly doses of rain from drawn in Gulf moisture.

All things considered, being on the warm side of things is the best thing, with the cleanups, rebuilds and all.

Not to worry, skiers. This pattern will eventually dump tons of snow on the mountain areas of NY and New England. Poconos are more on the rain/snow bubble until colder air sets in.

The approaching rain creates ideal shopping conditions. Get down here to shop your favorite tackle shops -- and buy, buy, buy. You’ll be crossing names off the gift list and also helping shops hurting from a fully lost falls season. For many LBI businesses, the future does not look bright. And Christmas boost will help.

Word to the storm-ravaged wise: I sure don’t like what I’m hearing regarding insurance companies – not all of them, mind you.

I can’t count the number of homeowners getting rock-bottom estimates/payouts for storm damage. Face it, many insurance companies are not on your side whatsoever.

After crunching the numbers carefully, I strongly suggest at least pondering a public adjuster. Google info on such adjusters, then make an educated choice.

I see strong evidence that many insurance companies, despite seemingly being on your side, are shaving compensations wherever they can. Public adjustors move in the other direction, adding on. Important: I’m told I have to nix any thoughts of taking clams or osyters from Little Egg Harbor down to Holgate. The DEP has found unacceptable levels of bad bacteria and vile viruses in clams from that zone. It’s very odd. Clams cleanup amazingly fast after taking in bad stuff, like that loosed after Sandy. There might be some sort of ongoing pollution source since even more populous Barnegat Bay areas to the north have already cleaned almost totally.

What a holiday pain it’ll be not being able to get Holgate clams.

I first harvested Holgate’s world-class clams at Christmas back in kid times. I missed same suring years spent far away. I’ve dug holiday clams, without fail, for at least the past 25 years. Since I resettled, year’round, locally.

This Sandyified year, I devised a special game plan for clamming Holgate. Since we obliviously can’t buggy the long haul to the Rip -- and around back to the mudflats -- I had well-lubed intentions of mountain biking down there, rake strapped to my back. Now, it looks as if Sandy will have yet another cruel chuckle at my expense. She’s a storm that just keeps giving. I’ll still be checking back with the DEP, in case bay things miraculously clean up at the last possible holiday second.

Below: Holgate in brighter, better times. 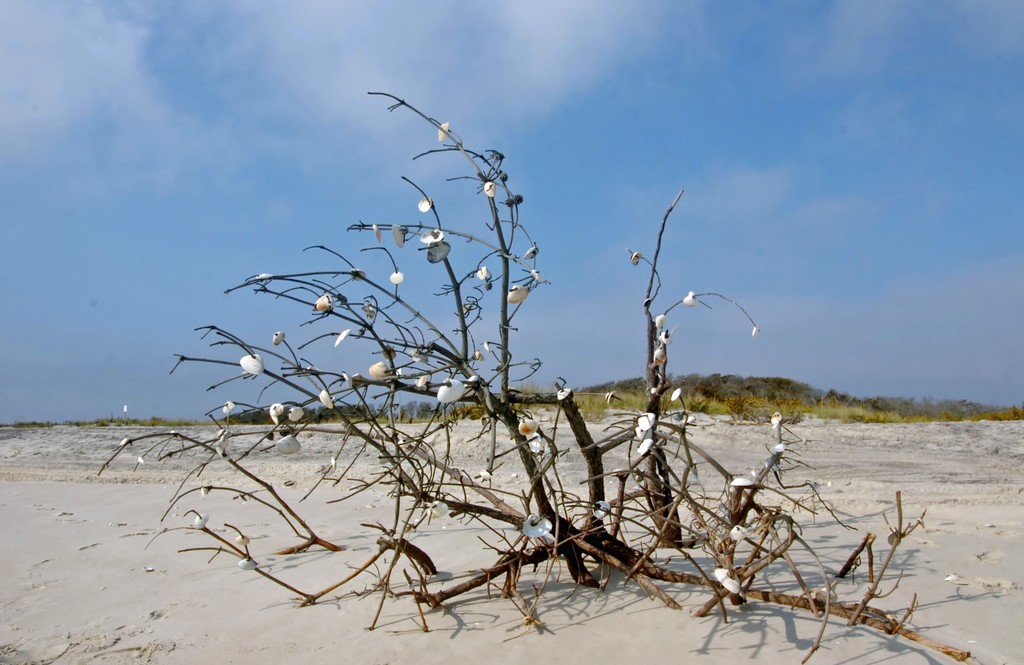