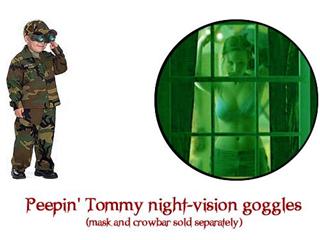 The onshore winds blew in some milder water, pushing 50s. There may actually be a shot at a Christmas stripers when winds lay down. Clams will be the ticket, though any fresh or thawed fresh-frozen bunker might draw bigger fish. Per usual, there are better bass to our north. As I’ve often written, those fish almost always stay put up there, taunting us by never showing here – either going straight out to sea or even bee-lining to the Carolinas. With vacation time at hand for many folks, we’ll likely see what’s up out there. Make sure to drop me a line, please.

Below is one a few similar emails of the Reef Bill. By the by, getting the bill onto the floor was astounding. Let’s hope the message got through to the legislature, which still has to vote on it – as the membership hears the gripes of commercialites affected by the bill.

Coast Guard picked up a distress signal off the Tuckerton Tower, which means the call could have been made from anywhere over a vast area, from LBI down to AC. It seems it may have been yet another in a seeming endless number of false alarms. Moronic.

The fish die-off related to the shutdown of the nuclear plant does not bother me that much – though I understand the sensitivity of folks who hate seeing any die-offs. It’s actually an unnatural environment that has little if any impact on the big picture problem now intrinsic to Barnegat Bay, namely pollution -- and specifically an overload of nitrogen from the build-out of the mainland areas adjacent to the bay.

I read your report from Thursday Dec. 20th this AM and wanted to let you and your readers know that there are still bass out there, boat based at least. Took my boat out of BI for the last trip of the year and found acres of birds with fish breaking on them. Dropped two shad umbrella rigs and had 6 bass on before we could get the rods in the rod holders, a quadruple header on the one umbrella and a double header on the other. Finished the day with well over 50 bass(we stopped counting by 8:30 AM) from 22"-27" all fat and stuffed with sandeels and peanut bunker. Had three quadruple headers, 4 triple headers and multiple double headers. Didn't go more than 5 minutes without one or both rods going down with fish. Tried jigging but only had one fish that way so we went back to trolling and had the fish on immediately afterward. Finished the day @ 10:00 AM and left them biting as we had to pull the boat for the season&nbs p;that afternoon. What a way to end the year! Over the past two weeks we've landed over 150 bass trolling the umbrellas all off IBSP @ the old Coast Guard Station in 30-50 feet of water. Not sure why they seem to be in the same spot and why they don't move to the beaches off IBSP or LBI. The beaches looked dead over the past two weeks but the boat based bite has been stellar. We had no keepers yesterday but we've had 15 keepers in the last three trips to 37" and I hear there are still big fish to the North of us. The blow over the weekend didn't seem to end the bite. I'm sure the fish will be there into the New Year barring any big storms or hard freezes but it was time to pull it before my marina quits for the year. Hope any of your readers who are still in the water can use this first hand report to their advantage.

Look forward to reading your Blog over the coming winter months.

Merry Christmas & Happy New Year to You and all your readers!

(The blogs will fly all winter thanks to kind donations – not to mention the emails questions and comments from the readership. J-mann)