Wednesday, November 23, 2016: It was the Great Atlantic Aquarium out there today. Mid-Island saw some near-beach waters that were just about as crystal clear as our piece of sea gets. This is not a g… 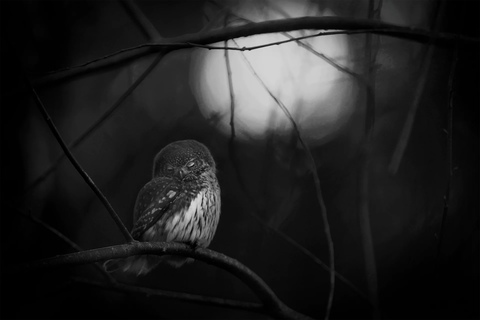 Wednesday, November 23, 2016: It was the Great Atlantic Aquarium out there today. Mid-Island saw some near-beach waters that were just about as crystal clear as our piece of sea gets. This is not a good surfcasting thing. It sure made it easy to see the near-beach pods of peanuts. The bunkies were pretty much BL to BH. I was among many chasing these baitballs – plugging them and even doing some snag-and-drop. I threw net on them and they were too small to bother emptying the net into a basket; just released unharmed.

There were no fish to speak of in my lengthy zone of preview. I asked many a surfcaster. Things were so slow I was excitedly told of one big swirl on a popper. As I read it, there hasn’t been a Classic fish entered since the last of day of the micro-bite, ending Sept. 20.

I was checking out a fleet of boats dedicated about half a mile off the beach, Haven Beach. I binoced the flash of a couple fish being hauled aboard. I’m sure I’ll get some bass feedback from the successful vessels out there. 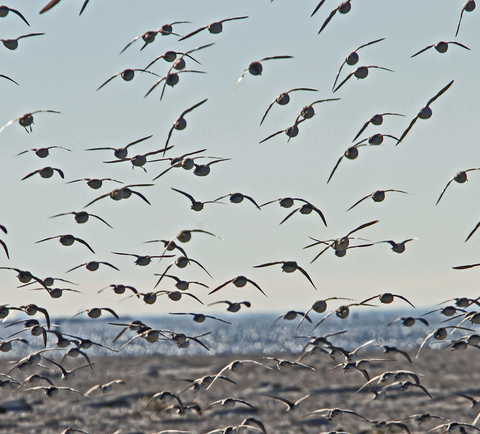 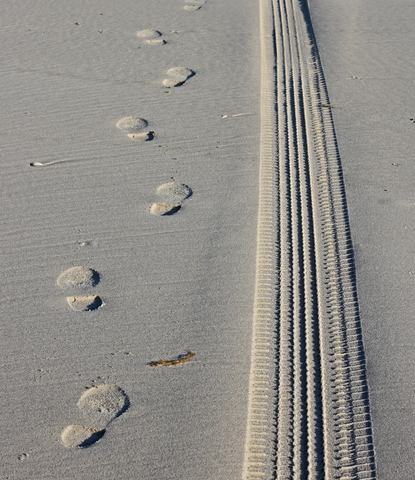 GHOST LINE WASHUPS: As LBI’s fishing line drop-off containers are having a great year of filling up with monofilament, I’m still getting riled reports of balled up mono rolling ashore in Barnegat Light. Actually, that makes total fishing sense. And it has nothing to do with any sort of environmental ineptitude on the part of anglers frequenting the north end. They don’t want to be losing line any more than beachwalkers want to be picking up the mono bird’s nests.

Just last week, while walking the South Jetty, I saw the lines of tog-fishing anglers getting hopelessly hung up in the rocks. This jetty-rock snag-fest has become a blackfishing ritual, dating back to Lenape Indians using bone hooks and catgut line made from real cougars. OK, so maybe there weren’t jetties way back then. But those aboriginal anglers still got hung up fishing tautog, the long form of tog.

Jetty snags in BL come about when tog-seeking fishing lines get driven onto the rocks by the inlet’s oft-wicked currents. Even when a snag is sidestepped and a fish is found, hooked blackfish are utter experts at bolting into narrow granite crevices, where they tightly wedge their bodies.

Be it wrapping around a rock or having a tog use it to form a sea anchor, anglers are often forced to bid a fond adieu to their snagged lines. It is either cut or broken off.

The amount of mono lost annually to the likes of the South Jetty can be measured in miles. Sooner or later, nature rids itself of the snagged line. Once loose, the assorted lengths of mono begin a bottom-tumbling journey, joining up with fellow lost-lines, which are driven ashore, en mass.

PROP PEEL-OFFS: Now and again, entire balls of just one type line wash ashore in BL, meaning an entire spool’s worth of line went missing … to a huge fish?! Unlikely.

On the South Jetty, you have armies of rock-top anglers in close water quarters with flotillas of inlet-transiting vessels. Lines get crossed, literally. I’m among those who have had a line snagged by the prop of a passing boat … a speedily passing boat. Talk about line smokin’ off a reel.

Oh, you think you’d know what to do in just such a case? I even hear your, “I’d just cut the line.” Let me tell ya, line-cutter, by the time you’ve even located a cutting device of any ilk, the reel has already dumped out a football field worth of mono – and growing. I’m also all-ears for some genius suggesting, “Just batten down the drag!” Good job … now you can say goodbye to rod, reel, hook, line and sinker. Saw a similar thing happen just last year, same South Jetty. In that case, the outgoing line caught on the reel … bye-bye.

While some of the ripped off line will wrap around the prop, for the captain to later angrily deal with, it often breaks away, hitting the bottom for an environment-unfriendly roll. In fact, when it washes up as wrack-line refuse, it can then be snagged and disposed of properly.

WHALE-SIZED SPOOLING: In the fishing realm, you’ll sometimes hear about someone getting “spooled.” Most often that merely means a major fish runs off a goodly distance before the line breaks, or the hook gets spat out. It is rare for a spool to be truly denuded of line – without a boat, or a massive shark, adding to the pull.

One of the wildest true spoolings on local record took place in Beach Haven, maybe 15 years back. Many of you saw an angler, fishing a blitz from a jetty, accidentally foul-hook a close-in whale. It was, admittedly, kinda hilarious. Oh, the whale was just fine. 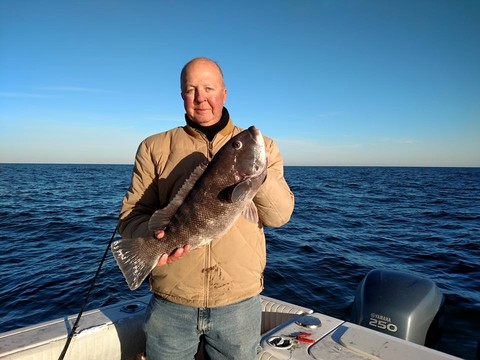 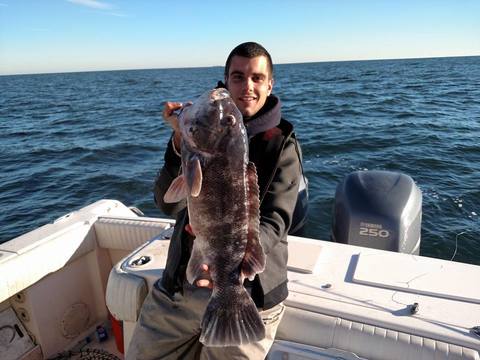 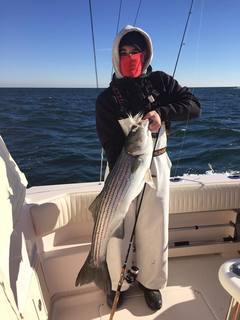 Well over 60 fish, lost count after our 10th double all on Magictails/otter tails, CCW, and Luna Pencils. Fishing doesn't get any better than this, bass rolling for acres after the morning crowd left. Chucking wood with bait casters!

To friends and family, have a wonderful Thanksgiving holiday - those who like to get some fishing in around the holiday, the Central and North Jersey Shore has been on fire this week with stripers in the surf - not to mention blackfish & blues over 20 pounds. Catch 'em up!

Stiff westerlies and an arctic blast may have put a chill in the air, but it’s also heated things up in the surf with…

Ah, the Saw Whet owl . They are practically tame.