Ad: I just moved here from the city and found these adorable mixed-breed kittens under the house. Call for one ... or all. 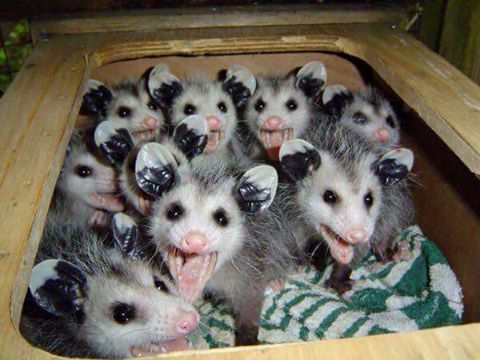 REPLEN AND INLET NEWS: I gotta bring in the latest replenishment news. The ongoing beach and dune upgrades might soon officially be intermingled with the long-running effort to dredge a snaky, oft-clogged Little Egg Inlet (LEI).

I was among many hyping the kill-two-birds thinking of concurrently dredging the LEI area and using those pristine sands to replenish nearby beaches of Beach Haven and the populated beach areas of Holgate, an area the Corps refer to as Area 6.

I now want to offer an Army Corps news release that might take some concentration, so grab your pondering caps. I’ll try to make it as rudimentary as my unrudimentarily-minded mind allows.

As of this week, the Army Corps is seeking public comments/opinions on its investigation into the deepening of LEI and the mechanical transporting of dredged inlet sand over to replenish the beachline from Beach Haven southward through Beach Haven Inlet/Holgate. The code name for the effort is the Little Egg Inlet Sand Resource Borrow Area Investigation. I promise I’m not making that name up.

Beach replenishment contractor Great Lakes Dredge & Dock Company, which is presently taking a hiatus from it’s the Barnegat Inlet to Little Egg Inlet (Long Beach Island) Storm Damage Reduction Project, now estimates that work in Area 6 will take place between April and late June, which might be seen as “the start of summer.” That restart date is intriguing, as you’ll see below.

While I hate giving my column over to technical data, I want to offer the Army Corps language leading into its comment period.

Importantly, for those wanting to put in their two-cents worth, they’ll have until March 22.

Electronic copies of the Draft EA can be downloaded from the following link: http://www.nap.usace.army.mil/publicnotice. To request paper copies, please write or e-mail to the address below or call (215) 656-6515. Comments may also be submitted via e-mail to the Public Affairs Office at pdpanap@usace.army.mil.

Of interest to me is the way the newly announced April beach replen restart means the public comment period of the Draft Environmental Assessment will be done … and the investigation into using dredge sands for Area 6 will be further along. With timing being everything, it might even play out that Beach Haven receives sand from the established borrow site off Harvey Cedars but Holgate gets the LEI sand.

Of course, there is a double-load of technical hurtles that must be cleared before Little Egg Inlets sand becomes Beach Haven and Holgate beaches. Still, I’m impressed with the unusual speed the feds are pursuing its Little Egg Inlet Sand Resource Borrow Area Investigation.

By the by, looking at Draft Environmental Assessment, Figure 2-3, “Aerial view of the evaluated proposed Little Egg Inlet borrow area,” it does not seem that LEI’s “North Cut,” commonly known as Beach Haven Inlet, is in the scopes of the borrow area investigation.

More on this as it plays out.

Happy thought for the day...

Crab apples will persist well in to the winter and are a favorite of many birds; here are some examples. These images were taken about a week ago. You solved a mystery that has baffled me for years in one of your recent posts. I hang around in a lot of the creeks in LEH & Great Bay crabbing, eeling and such and always wondered what the large bullfrog like sound (you described it as flatulence sounding) was that I would occasionally hear. Now I know it was from Warren Grove.