What can happen when you get a flu shot and still get bad cold ...  Friday, February 12, 2016: Time to talk more distant “upcoming” weather. I’ve done this weekend’s instant deep-freeze to tediu…

What can happen when you get a flu shot and still get bad cold ...

Friday, February 12, 2016: Time to talk more distant “upcoming” weather. I’ve done this weekend’s instant deep-freeze to tedium. Now, I need to forecast further ahead – since I see a feel-good aspect to it.

By early next week, sky-things get remarkable in the opposite direction of this weekend. Imagine: approaching 60 degrees by Tuesday!  Yep, I see it happening, mainly on the mainland.

Think about it. Single digit lows for the weekend followed by jacket-free temps following … dramatically so. 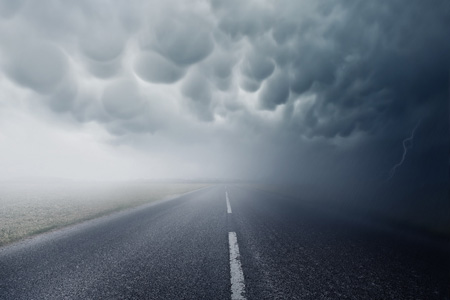 The problematic side of such a thermometer turn-around is the truly hard-frozen world that awaits what will likely be a load of rain associated with the warm-up system. The sky setup could lead to a potentially dramatic freezing rain event.

Understand that freezing rain is not sleet. Sleet is pretty much just falling pieces of ice, usually formed when precipitation is changing from snow to rain … or vice versa. Sleet rarely does much damage. Freezing rain is good old raindrops that instantly – and possibly thickly -- freeze on contact with sub-32-degree surfaces. It is a relatively rare form of precip but utterly lethal on highways, where it is called black ice. It’s also no bargain for electric lines and older trees, which get weighed down by accrued ice -- to the breaking point. 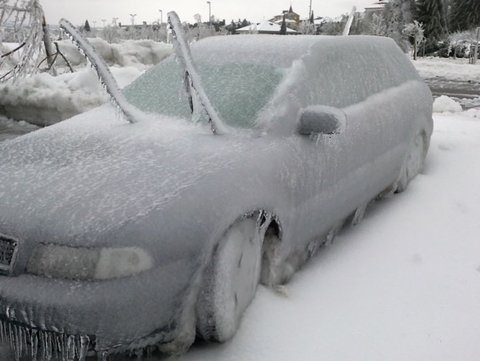 Should we have a freezing rain event, the roadways will be so frigid from days of bitter cold that even the salt and brine put down by road departments might not do the melting trick. My outback secondary roads become skating rinks. 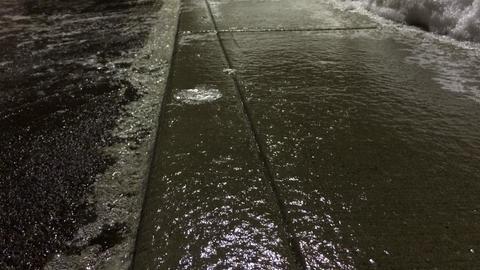 I’m sentimentally scratching my left ankle. The itch is an odd flashback to milder times … weirdly gotten. I was doing a real nice chink of very-chilly outback time yesterday. I seldom wear gloves since I use electronic equipment (metal detector) but by day’s late light I resorted to going bulky-fingered. What does that have to do with my ongoing ankle itch? It just shows how frickin’ cold it was – and I still got a full-blown weeping chigger bite. And believe me I know chigger bites on a first-name basis. It’s just astounding proof that those bugger’s never sleep, even in winter.

Ok, so maybe I’m not overly serious about this current chigger itch being sentimental, especially since I’ve now scratched it to blood-point. I’m just letting hunters and hardcore woods-walkers know we’re never safe from those skin-eaters.

Yes, skin eaters. Chiggers – the larval phase of the harvest mite -- don’t drive a blood-sucking proboscis in like a tick. They eat away the top layer of epidermis.  Per researchers: “After crawling onto their hosts, they inject digestive enzymes into the skin that break down skin cells. They do not actually ‘bite’, but instead form a hole in the skin called a stylostome and chew up tiny parts of the inner skin, thus causing severe irritation and swelling.”

That festering concept explains why chiggers have a far greater itch impact than ticks.

I need to vent a little. After listening -- and listening -- to an enraged gal having trouble with a builder I'd wanted to say:

"Repeating yourself doesn’t help. I fully understand what you’re saying – and I simply don’t have an answer."

Sometimes people treat others like a broken remote ... they keep pressing harder and harder like that'll change things. 
TRENTON - New Jersey Farm Bureau, the state's largest organization of farmers and agricultural interests, applauds the leadership of Assemblyman Bob Andrzejczak and the Assembly Agriculture Committee for their favorable consideration today of a package of bills to enhance New Jersey's aquaculture industry.  In particular, legislation to encourage US Fish and Wildlife Service and NJDEP to resolve conflict between protection of the red knot (AR-34) and establish a coordinated permitting apparatus for oyster operations to ensure their continued viability in the Delaware Bay (A-793; A-794), is especially appreciated.


"Aquaculture is a prominent feature of New Jersey's more than $1.1 billion food economy", said Farm Bureau President Ryck Suydam.  "Ensuring continuity in the permitting process, as this bill package does, will enable the continued coexistence of New Jersey's oyster-men and -women, and the red knot bird", he added.


In 2014, the red knot, a species of migratory bird, was listed by the U.S. Fish and Wildlife Service as "threatened" under the federal Endangered Species Act.  This designation could negatively affect commercial oyster operations in the Delaware Bay, given that operations there are located in a part of the state that is a known flyway area for red knots.  The bill package released today seeks to harmonize the equally important goals of supporting a viable aquaculture industry in the Delaware Bay while maintaining ecological protections for the red knot.


"Farm Bureau recognizes the importance of sustaining the red knot's ecosystem within certain areas of the Delaware Bay, but believes that there must be a balance to enable oyster-operators in the region to successfully manage their aquaculture businesses", said Suydam.  He added:  "We commend Chairman Andrzejczak and Assemblyman Land for their sponsorship of this important bill package, and were glad to see it released by the Assembly Agriculture Committee today".


The bill package now awaits further action by the Assembly.  It has not yet been reintroduced in the Senate in the new two-year legislative session.

Mahimahi, onaga, ulua and a striped marlin with a tale


Leighton Kelekoma, 12, caught a 38-pound mahimahi to take over the Big-Fish List mahimahi lead. His light fishing tackle was as much a surprise as his young age.  The youngster’s Penn spinning rod and reel is a sturdy outfit for “whipping” along the shoreline to catch pan-sized reef fish.  But you have to be pretty brave if you are using it to challenge an offshore fish known for its strength, agility and persistence.  Leighton proved to be just as persistent throughout an unrelenting, one-hour battle.

Leighton had gone fishing with his dad, Marcus, and family friend Craig Ashihara on Craig’s 19.5-foot outboard skiff.  Leighton had brought along his spinning outfit, a recent Christmas present, to cast for small fish on the surface as his partners sent baits down on a maki doggu line to catch shibi around UU-Buoy.  For the rest of the story

At 12, Leighton Kelekoma is the youngest fisherman on our Big-Fish List.  At 81, Sueto Matsumura is the oldest.  Over the 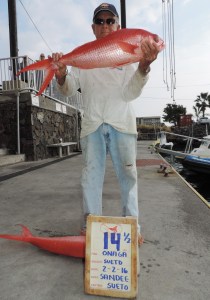 Along the Kona coast, trollers rarely catch ulua on surface lures.  That’s largely because “giant trevally” want to feed in the bottom half of the water column where their prey are easier to ambush.  Whatever the reason, it was not suprising to hear 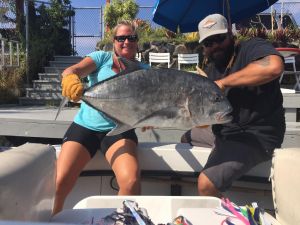 What’s more, it’s not surprising that she made the catch under unusual circumstances.

On Deneen’s afternoon half-day charter, her guests were a Chinese family with dolphin watching as their top priority.  Through their interpretor,  they told Deneen that fishing was second to their dolphin quest.   For the rest of the story

USE IT AND LOSE IT

A week or so ago, an angler on the charterboat Blue Hawaii battled a 75-pound striped marlin to the boat. The plan was to tag and release it, but the angler wanted to get a photo with the fish before release.  That can be a bit risky to all involved, including the fish, but it is done occasionally at the charter’s request.  After tagging it, they pulled the fish out of the water, angler and crew held it for a moment, skipper James Dean snapped a photo and they tossed it back in the water no worse for the experience. For the rest of the story

Big-Fish List for 2016. The list recognizes the biggest fish caught on rod and reel (except opakapaka and onaga, for which we’ll accept hand line catches) in West Hawaii waters for 2016 in each of 22 categories. They are listed by species, weight, angler, skipper, boat, and date. The list is updated every Sunday throughout the year (copyright 2016 by Jim Rizzuto). If we have overlooked you, give us a call (885-4208) or send an e-mail (rizzutojim1@gmail.com).

Beasts of the week (marlin weighing 500 pounds or more).

For the rest of the story