Kids about to board bus ... What kind of sentence should this motorist be given???? Thursday, April 30, 2015: LE Inlet update: There is work being done to further publicize the shoaling woes cur…

Kids about to board bus ... What kind of sentence should this motorist be given????

Thursday, April 30, 2015: LE Inlet update: There is work being done to further publicize the shoaling woes currently plaguing Little Egg Inlet -- the snakey south cut more than the north (BH Inlet) cut. That’s all I can say on the matter right now. There will be some meetings of the minds coming up soon. If those meetings are public, I’ll get word out, in here – as will tackle shops and marinas. It is definitely worth rallying in a concerted effort to keep the south end of LBI safely open to mariners. If the meetings are brass and players only, I’ll interview the folks working on the matter.

PLEASE (!), don’t blame our buddies at the Coast Guard for problems in LE Inlet. The dredging and shoaling matter goes originates way further up the leadership ladder, in fact, clear up to D.C. – and our politicos.

The area of Manahawkin Bay has offered some real decent bassing – even in the day. Yep, even under full light. There has also been some after-dark activity thereabouts. I won’t risk getting heavily into that but it’s worth a mention. If you think the ocean fishing runs hot-and-cold just try predicting bay area bites. 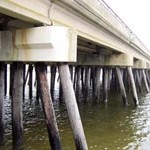 I’m still getting highly varied reports about bass – or the lack of same in some cases.

While some shop owners are hearing of slow to no bass action, I’m concurrently seeing photos of fine stripers caught on or near LBI, though rarely are the bass being taken in high numbers.

I’m just now coming to grips with a greater willingness by anglers to use social media to display their kept catches. I fear there is still a stigma about keeping fish, especially bass. I guess that makes some sense. Anglers could easily feel they have a more appreciative viewership on-line, i.e. with “friends” on Facebook.

I make no qualms about catch-and-eat: You can keep a legal bass whenever you want. You fully earned it, through regulatory conservation. I often catch  heat from militant striperaholicis when I suggest we need to get back to a allowing the taking of a slotfish in the 24- to 28-inch length.

Blues: Seems the west Barnegat Bay bluefish bite has backed off, a whole lot in some areas that had been swimming in big blues. That cool-down makes total sense. The spring blues are bolting northward, especially the bigger models.

When they get the urge, blues are fast as greased heat-lightning. While they’ll hold tight to a good feeding area (they love grass shrimp stops), when the chow supply is spent, they move off at speeds that can cover half the Eastern Seaboard in a day’s time -- which they sometimes do when being instinctively driven northward.

What finally slows their northward bolt? Cold water. In fact, with New England recently seeing snow, the bluefish bolt to the north might not go as far and as fast as those years when East Coast winters were milder.

By the by, northbound bluefish also seem to turn seaward at various points,  more so off NE and Nova Scotia; deflected offshore by geography and the icy Newfoundland current. That seaward swerve might be at the heart of the heated debate over whether or not there are independent offshore and nearshore (inshore) bluefish stocks. Possibility: Once deflected seaward, some blues might simply acquire a taste for living life further out.

It should be noted that bluefish spawn at sea, in spring and summer. However, the exact times, places and nature of the spawns remain mysteries. Bluefish fry begin life as a form of zooplankton, known as meroplankton. As meroplankton, they’re futures are at the mercy of currents. In the northwest Atlantic (here), the currents are largely localized wind-driven currents. However, data shows that bluefish fry from stocks spawning south of Cape Hatteras can also be in for the long haul, travelling great distances within the Gulf Stream.

Our future young-of-year bluefish arrive in Barnegat Bay as part of a zooplankton load, which also contains the likes of mullet. Onshore winds, like those we’ll soon be seeing, are essential in blowing fry-heavy zooplankton into our bay. But, their arrival here is highly hit-or-miss. If a patch of zooplankton isn’t poised perfectly off-shore, an onshore wind won’t do squat to fill our bay with goodies. It’s just that fragile a set-up.

Life is just as tenuous for tiny larvae in an ever-hungry ocean. Out at sea, a single whale can swallow the equivalent of half-bay’s worth of summer marine life.

With that attrition in mind, could an excess of filter-feeding bunker suck future gamefish out of the nearshore waters? Hey, menhaden have two main food sources: phytoplankton and zooplankton. Bunker do not discriminate. 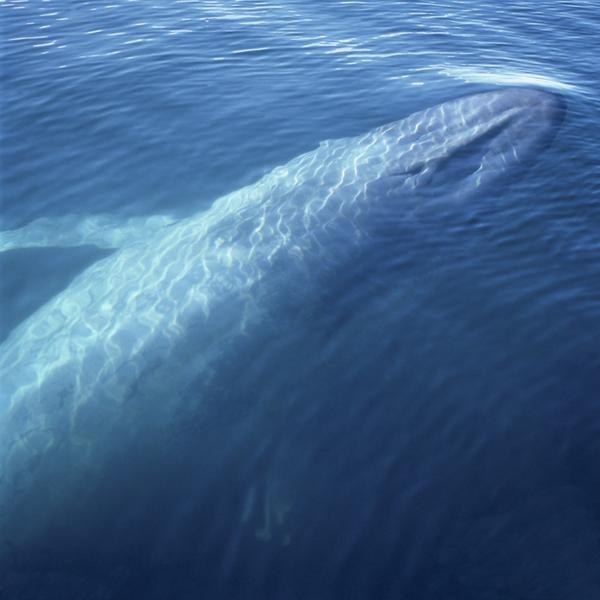 However, a healthy marine ecosystem should easily handle all plankton-eaters and still have plenty enough left over to fill the bay. If the zooplankton load is so low that just some surface filter-feeders deplete it, there are way larger problem afloat. 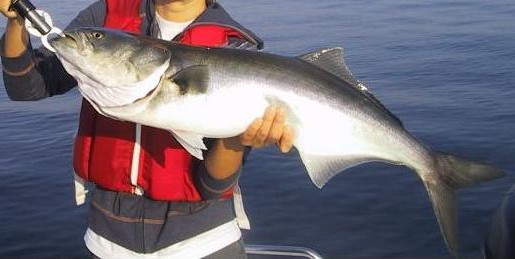 Apropos to our spring run of blues, a 2009 study out of The University of North Carolina Wilmington by Thomas Lankford looked into the survival potential of young-of-year bluefish based on the time of year they’re born.

Here’s a segment from Lankford’s “Abstract.” A PDF of the entire study can be found at http://libres.uncg.edu/ir/uncw/f/slaterj2004-1.pdf.

“The bluefish (Pomatomus saltatrix) population along the East Coast of the United States has experienced declines in both recruitment and adult abundance since the mid 1980s. At the end of their first growing season young-of-the-year (YOY) bluefish exhibit a bimodal length/frequency distribution consisting of larger, spring-spawned individuals (SP cohort) and smaller, summer-spawned individuals (SU cohort). While both SP and SU cohorts have been observed in the adult population in the past, recent studies have suggested that few SU-spawned individuals currently recruit to the adult stock. I investigated the hypothesis that the apparent recruitment failure of SU-spawned bluefish reflects negative size-selective overwinter mortality due to starvation. Due to mass allometries in energy storage and energy depletion, I predicted that larger, SP bluefish would 1) have greater energy stores prior to winter than smaller, SU bluefish, and 2) deplete their energy reserves at a slower rate than SU bluefish. Thus, I predicted that SP bluefish would exhibit greater overwinter survival (and therefore higher recruitment potential) than SU bluefish under starvation conditions. I got two reports of black drum being taken. But that ain’t so hot. Overall, this marvelous, sorely under-utilized spring fishery isn’t bustin’ loose. I got caught up in early up-reports of these bruisers moving in. I hoped they might be arriving in-force, as they did not that many years back. Of course, there is still plenty of time. The height of the run is May into June. By the by, I also got word of a big-ass black drum getting hooked and lost near the Ship Bottom bridges.

Below you’ll see a gorgeous fluke taken from a kayak by Frank R. Another large flatties was taken near Barnegat Inlet. Keepin’ times are still a short ways off.

You think you're having hard time quitting. Here's a gal that gets pissed because the man pumping gas won't give her an emergency cigarette.

Not a weakfish, but I guess it'll do.

Jay Mann ...with the shock treatment for today