Watch the very last instant of the video ... the look on the guy's face after the tyke did an obviously unexpected total flip.  Don't tell Mom!  Monday, April 27, 2015: The blues are making a m…

Watch the very last instant of the video ... the look on the guy's face after the tyke did an obviously unexpected total flip.  Don't tell Mom!

Monday, April 27, 2015: The blues are making a major impact – and saving the day for folks not finding bass all that accommodating. The big news about the blues I their bigness. I’ve gotten slew of reports estimating some of the all-head blues pushing 10 pounds, despite being winter-thin.

While it’s an axiom that you can’t tell how the rest of the bluefish season will go after this initial push of spring-runners, it is an extreme rarity to have fish this big in the system on any given year – much less before May. Might this bode well for way down the pike, as in fall? There’s no going that far. In fact, I’ll be cynical by saying you better enjoy the blues now.

Below: Great time for fly popping ... Of course, I’ll make my annual support of bluefish. How can any serious fish battlers not like the fight these energized brute offer? What’s more, despite the thinness of spring blues, the flavor is top notch, especially after they’ve fed for a while on crabs and grass shrimp – which is a big part of what they’re after in the west part of Barnegat Bay. They’re also cruising to the west in hopes of making raids on Oyster Creek baitfish, including bunker.

I’m willing to also wax unpoetically on the downside blues present, especially for bassers. In fact, a spring explosion of blues impacts my night angling off the Causeway bridges. This year, the bass- and weakfish-attracting bunker had barely balled up beneath the Hochstrasser bridge before the blues drove them away. I’ve seen that asto8nding bunker showing hang around through May before being spooked back out to sea.

The bayside blitzing of blues discourages bridge stripers but not so much the arriving spawner weakies. Those jumbo sparklers accept the lack of bunker and spend much of the night picking off surface “swimmer crabs.” Those are the crabs, almost always blue claws, that work their ways to the surface of the water, for whatever reason – possibly being spooked upward by predators.

Below: Note swimming legs .. meant for just that. 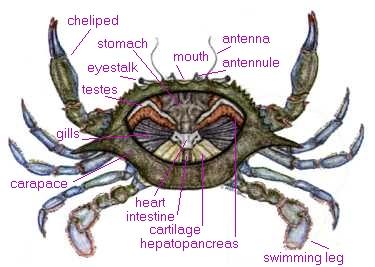 When crabs get pinned to the surface, they become sitting ducks. And they know it. If you watch surface-swimming crabs, you can tell they’re freaked by their body language, quite obviously looking downward with claws poised in a high-defense mode. I’ve sat atop the Causeway trestle bridges and watched doomed surface crabs get sucked down by weakies – and bass. By the by, bluefish can be caught on artificials on nearly any bayside street end or dock. Sure, some zones are way better than others. The south jetty in BL is bluefish epicenter for bank fishermen. But bayside public docks in Harvey Cedars and Ship Bottom are definitely worth a stop-by at sunset or after dark. Beach Haven Bayfront areas can go crazy with blues. It’s just a question of being on-scene when they detonate. Try the Morrison area.

Boat anglers in the bay can’t miss on blues. In fact, I heard gripes about the near nonstop assault by the blues upon just about anything placed in the water.

As to bassing, reports are typically all over the charts, though hits are now outpacing misses. Just-keepers are increasing in numbers. I’ve had my own observations doubly confirmed that there are some astoundingly small stripers in the spring mix – along with some solid keepers.

While I’ll stick with my favored plastics and plugs, bait fishing is far-and-away the surer way to go when bassing. It’s a fine time of year for double-float pompano rigs. Bloodworms rock (and often sidestep bluefish) but clams are far more affordable. I was told by bay guys that some shedder crabs are showing. Talk about a take-all bait, especially as weakies come into focus. By the by, I haven’t heard of any big weakies yet. I might soon give the Dike a try with flavored plastics. 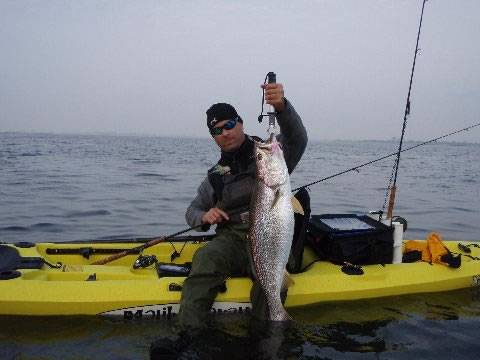 I was on the Road to Nowhere yesterday, nonfishing drive. See video. I happened to notice some surface fuss near the Bridge to Nowhere. After reading reports this a.m., I’ll bet I was seeing bluefish scarfing down grass shrimp. That area is near spawning creeks and ditches used by grassies.https://youtu.be/Sjc__-s7Rqk 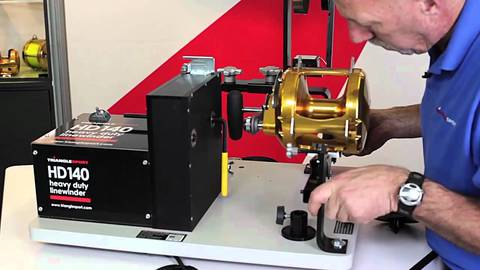 Make sure to put on some new line. Get it done right at one of our tackle shops. I gotta pass this on as "What were they thinking?!" story outta Barnegat. A failed effort by two black gangstas, handguns, strong-arm robbery, even a white Crown Vic ... forced to take to running .. and ending up getting stuck in the mud in the Forsythe Refuge -- with chopper overhead and some of the most heavily-armed cops in the state??? "Man, I thought you said this was gonna be a pushover ... that we'd blend right in!"

As reported by Scanner News N.J. an Armed Robbery occurred at the Barnegat Hotel, 115 South Main St in Barnegat at 12:50 pm.  Two black males with handguns held up the Hotel and fled in a white Crown Victoria. The suspects were on foot in the Wildlife Refuge on Water Street in Barnegat. The N.J. State Police sent both an Aviation Unit and a K-9 Unit to search for the suspects, who were caught at around 3 pm. Barnegat, Waretown and Stafford Police also assisted in finding the suspects.

This cat has a keen sense that something sinister might be lurking just off in the distance.

Wonder if this works?!

Hey everyone, I just wanted you all to know that people kept fish long before the Internet. If you post a pic OK, if someone else does, they are a monster and are single handedly decimating the species one "improper release" at a time. You hear that? We are even attacking people who release fish now. I commend you all for all of the good you are doing. But seriously, it's great if you sincerely care about something, but I can't help but believe that lots of guys only say it because the "sharpies" are known to. Cool by association? I dunno.. On the flip side, don't kill everything you see just to prove a point that you "legally" can.. I understand your frustration, but that's just a childish response. 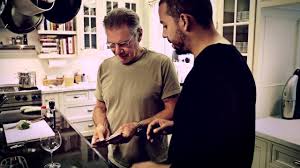 This is an absolutely astoundingly spooky video:  https://www.youtube.com/watch?t=137&v=_JC_wIWUC2U

This is not an advert ... I don't take any .. It's simply a website I often use for woody things .

As a way to introduce you to Survival Life, we're giving away FREE EverStryke Permanent Matches!

Over 15,000 strikes per match and will light in ANY weather condition.

Get my free waterproof match!

Why after 18 months locked in a chilly pattern, there's no warmup in sight for N.J.

A temperature anomaly forecast for Friday afternoon shows a familiar pattern: Hot in the west and cold in the east.
(Climate Reanalyzer)

Well, at least New Jersey got a taste of what spring weather is supposed to feel like.

After a few weeks of relatively warm weather, temperatures have once again fallen below normal across the Garden State – something that isn't likely to change significantly anytime soon.

The cold is, of course, no comparison to what the state experienced in February, when parts of the state dropped to nearly 20 below zero, but that's of little solace to those in Northern New Jersey who saw snowflakes fly Thursday.

If a chill in the air seems familiar, it's because New Jersey has more or less been locked in the same pattern for the last year and a half or more.

"What we've basically seen for nearly the last two years is that the ridge in the west and a trough in the east," said David Robinson, the state climatologist at Rutgers University. "And that's producing the record heat in the west and keeping things predominantly cold here."

While the pattern has relaxed at times, such as during the last few weeks, it has more or less been in place since the fall of 2013, according to Robinson. It's produced one of the cooler long-term periods in New Jersey in many years and, unfortunately for those hoping for a quick transition to summer, doesn't appear as though it's going to shift in the foreseeable future.

"As long as we're stuck in this pattern I don't really anticipate we'll be getting into the 70s, which is what you would like to see for this time of spring," said Brian Marmo, a meteorologist at WeatherWorks in Hackettstown. "I don't think the eastern part of the country will be favored for warmer weather through the middle of May."

The clearest signal for our unseasonable chill can be traced to the waters off the Pacific Coast. Robinson said the pattern of low-pressure systems across the Pacific Ocean has produced consistently warm water along the west coast of the United States.

That has helped amplify and lock in place a ridge of high pressure across the western half of the country – the chief culprit in California's historic drought.

Where there's a ridge, a trough often follows, in this case across the eastern United States. It blocks the flow of warmer air from the south and allows cooler air to filter in from Canada.

The end result is New Jersey has been one of the coldest places on the planet(compared to normal) several times over the last two years.

Other factors may be contributing as well. Circulation patterns over the North Atlantic Ocean are favorable for the formation of a trough over the east and some believe Rutgers University researcher Jennifer Francis' theory that Arctic ice loss is contributing to kinks in the jet stream may also....

"The 'warm blobs' of water you're seeing in the Pacific may also be associated with decadal tendencies in circulation," Robinson said. "So it may have something to do with the natural internal dynamics of the Pacific Ocean."

Does this mean climate change and global warming have been debunked? Hardly.

The northeastern United States has been a cold point on a planet that's been boiling. The National Oceanographic and Atmospheric Administration recently announced that March was the warmest on the globe in more than 130 years of records, capping what has been the warmest 12-month interval in recorded history as well.

"While the majority of the planet's lands and oceans cook, we're chilling in the east," Robinson said. "What's interesting is how persistent it's been."