Below: "I can trust you, right?" Friday, March 20, 2015: I have nothing overly good to say about today’s soaking snows except it did make for a nice Christmassy scene in the woods. Just one proble…

Friday, March 20, 2015: I have nothing overly good to say about today’s soaking snows except it did make for a nice Christmassy scene in the woods. Just one problem … It’s Easter!!!

As the sun went down, the snow changed over to rain. In fact, they’re still calling for 50s tomorrow. I saw almost three inches at a couple locales during my travels. Here’s a dashcam look as I drove toward LBI at around 4 p.m.:

One thing the sneaky snowstorm did was force another round of salt dumping onto highways. We’re getting well into the springtime breakout for flora and fauna in the bay. That salt-related change in the bay’s waters chemistry can do a nasty number on its sensitive spring environment. Also, freshwater areas near highways in the pines could suffer salt intrusion. Amphibians aren’t into salt. 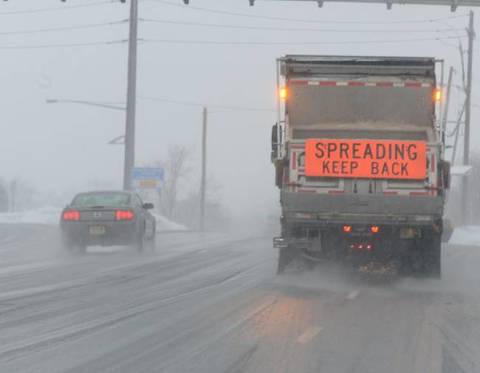 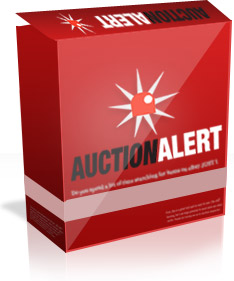 Auction Alert: There’s a very nice auction in West Creek tomorrow. I did a walk-through today. See video at : https://www.youtube.com/watch?v=zZz9u8_2WPg&feature=youtu.be

I saw some fishing gear and reels. Important to get there early ... even 7:30 a.m. to preview things. It's alos smart to jot donw things you want to bid on. It gets confusing when the auctioneer gets items really rolling. 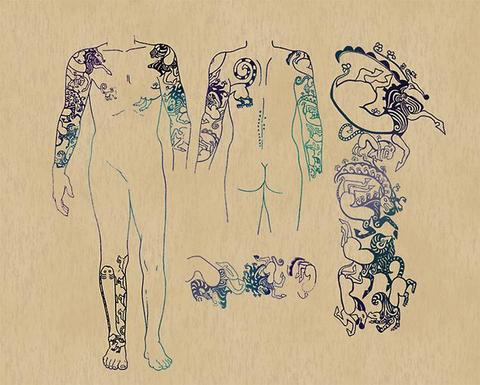 A MUMMY SPEAKS: In snow boredom, I read a study sent to me by a life-long mummy follower. Not some Hollywood horror movie type but a true mummyologist, a fully legitimate type of anthropology. This man lives and breathes (life into) mummified remains. I semi-met him – just emails and such -- while developing articles on the many tattoos now being found on mummies.

In a seeming effort to impress me with the historic inks-and-mummies connection, he sent me living-dead photo proof of what is now considered the earliest known power tattoos, found on a 2,500-year-old powerful princess mummy.

The princess’s body was found in the permafrost layer near the frontiers of Russia. She was dubbed the Ukok Princess, after the geographic area she was found.  Unlike mummified remains I recently wrote about -- showing little more than tattoo lines marking acupressure sites on the body of a male farmer -- the preserved skin of the Ukok Princess displays complex body tattoos, very similar to tribal designs inked today.

I marveled over the tribal look of her tats – pretty much full-body tats at that. 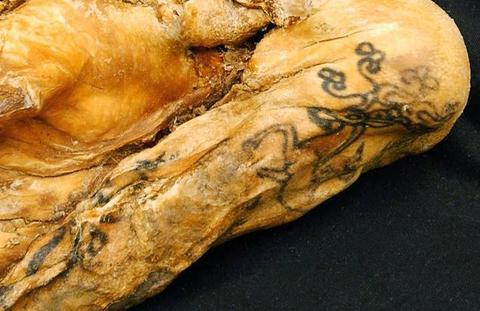 Outside the tattoos, the mummified story of the princess is not a pretty one. She had died at 25 year of age, far before her time, even for her day. And her passing was surely a stunner for her society, proven by the abundance of high-end items ceremonially buried with her. But it was a small everyday pouch, placed very close to her body, that held a remarkably melancholy tale. It contained cannabis.

My overly modern thinking simply thought, “Tattoos and pot, let the good times roll.” Then I got my upbeat bell rung.

As archeologists pondered assorted reasons why pot was so centrally placed with the Ukok Princess’s remains, scientists micro-examining her remains with MRI scans found the saddening answer. “We are dealing with a primary cancerous tumor in the (princess’s) right breast and right axial lymph nodes with metastases,” researcher Andrey Letyagin told the Siberian Times. “I am quite sure of the diagnosis -- she had cancer.”

It became clear that Ukok Princess, in her final days, was being numbed with the chosen, likely only, cancer treatment 25 centuries ago, marijuana.

The findings from ancient humans make a thoroughly modern connection, regarding both tattoos and marijuana.

Ray Hilborn's Commentary on Capitol Hill: Magnuson Has Given the US Sustainable Seafood

Ray Hilborn published an opinion column today in the Hill, a newspaper targeting Congress and Congressional Staff.  He makes the case that with the Magnuson Stevens Act the US has acheived sustainable fisheries.

This year marks 40 years since the passage of landmark Congressional legislation that fundamentally overhauled how the $90 billion U.S. commercial fisheries industry is managed. It established a unique public-private partnership in which the industry, working with scientists and both federal and local authorities, would regulate fishing according to agreed-upon scientific standards for environmental sustainability, even as the industry stretched to meet skyrocketing demand for seafood. As the world's marine science and fisheries experts convene in Boston this week at the International Boston Seafood Show, the implications of the bold decisions taken in 1976 on U.S. fisheries should be assessed in light of a race to the bottom of the seas elsewhere due to overfishing.

Prior to 1976, federal regulations for marine fisheries were virtually non-existent, leading to rampant exploitation of our oceans and fisheries. But the Magnuson Stevens Act changed that in two important ways. First, it eliminated foreign fleets from a 200-mile exclusive economic zone, reserving these waters for U.S. vessels alone. And second, it established a system of regional management councils to regulate federal fisheries, laying the foundation for a strict and transparent science-based approach to fisheries management that has enabled the U.S. to emerge as a model of seafood sustainability around the world.

Under the provisions of the Magnuson Stevens Act, regional fishery councils in the U.S. are required to use the best available science in setting harvest levels, identify and protect essential fish habitat, abide by the Endangered Species Act and the Marine Mammal Act, and enact protections from fishing activities that are detrimental to other species.
Over the years, various amendments to the Magnuson Act have further refined and improved its structure. Most importantly, following the painful collapse of the nation’s oldest fishery—New England bottom fish, including haddock and redfish—significant amendments in 1996 resulted in a stronger focus on protecting habitats and establishing a requirement for a 10-year rebuilding timeline.

Today, the U.S. has essentially eliminated overfishing, with only 9 percent of stocks now fished at rates higher than would produce long-term maximum yield.  In a report released this month by the Monterey Bay Aquarium’s Seafood Watch, 98 percent of U.S. fisheries received a “Best” or “Good” rating, with only 2 percent on the “Avoid” list. While 17 percent of stocks are still considered “overfished”, most of these are on the road to recovery.  And in New England, bottom fish stocks have made a spectacular recovery, having increased six-fold since the mid-1990s.

Technically speaking, some stocks will always be “overfished”  – fish stocks fluctuate naturally and the managers can only control what they harvest—but the U.S. management system, using scientific advice, is designed to take such fluctuations into account, and will completely stop harvesting when stocks reach low levels. Consumers and retailers should buy U.S.-caught fish with confidence that the fishery is managed through an open, transparent, and sustainable process.

However, consumers and retailers are often confused by the numerous non-governmental organizations providing consumer advice on what stocks are sustainably managed. Legitimate concerns about overfishing in the 1990s led to the rise of these watchdog NGOs, and today there are literally dozens of seafood advice web sites that provide often conflicting advice. A stock may be listed as a “best choice” by the Monterey Bay Aquarium, but still be on Greenpeace’s “red” list.  The same stock of fish may be rated “green” or “red” by the same organization depending on how it is caught.

Why the conflicting information? Quite simply, providing seafood advice is now a big business, both with direct payment from retailers to those giving advice, and by fundraising campaigns to “save the oceans” that fail to acknowledge that the existing U.S. fisheries management system provides for sustainability. Indeed, despite the fact that it is widely agreed among scientists, fisheries managers, and government regulators that U.S. fisheries are well managed, some NGOs now gain so much revenue from companies that sell seafood and concerned citizens, that they simply cannot admit the U.S. success.

The interests of marine stewardship are far better served should NGO’s direct their attention to places where fisheries management is not science-based and effective.  While there is always room for improvement, the U.S. has a system in place that can adjust to sustainability concerns, while many other countries do not routinely monitor the abundance of their fish stocks, nor have management systems in place to reduce harvest when abundance goes down.

Moving forward, the U.S. government and NGOs should promote the U.S. management system and its successes as a model for the world. The race to the bottom in countries that routinely overfish is ultimately self-defeating. Convincing fisheries that sustainability preserves jobs as well as stocks is a monumental task. But the U.S. has the benefit of 40 years of evidence—a thriving industry with one of the lowest levels of overfished stocks—to back it up.

Hilborn is a professor of aquatic and fishery sciences at the University of Washington and author of "Overfishing: What Everyone Needs to Know."

A new consumer survey coordinated by The Fishin’ Company in conjunction with the Global Aquaculture Alliance (GAA) has found that many consumers in the US are still largely unfamiliar with aquaculture.


The survey consisted of more than 40 questions on a variety of topics, including farmed vs. wild seafood, country of origin and sustainability. More than 500 US seafood consumers nationwide were polled, writes Steven Hedlund, GAA.


Nearly half (47 per cent) of survey respondents have a negative perception of farmed seafood due to product quality, food-safety concerns and environmental concerns.


However, a negative perception of aquaculture does not necessarily translate to purchasing behavior, as a mere five per cent of survey respondents indicated that they buy only wild seafood.


“Native fish populations are being overfished and farming is more sustainable,” said one respondent.


“In a controlled environment, food safety is more certain,” said another respondent.


When survey respondents were asked about their familiarity with the various seafood labels, including GAA’s Best Aquaculture Practices (BAP) label, the majority were unfamiliar with them, ranging from 69 per cent to 81 per cent , depending on the label.


The full survey results will be presented at GAA’s GOAL 2015 conference in Vancouver, Canada, from Oct. 26 to 29, and a 40-page report will be available to GOAL 2015 attendees.