Below: Lesson in the thaw.    Monday, 9, 2015: Welcome to a mighty damp and winter-encrusted day. No, there’s no sleet/snow – like they’re getting to our north – but it’s really raw and cold on t…

Below: Lesson in the thaw.

Monday, 9, 2015: Welcome to a mighty damp and winter-encrusted day. No, there’s no sleet/snow – like they’re getting to our north – but it’s really raw and cold on the beach. I still did a bit of a drive and, short of large surf and some high tide foam reaching pretty far up the wide beaches, there’s not a lot going on.

I did video this beach overview in the a.m., showing the dreaded ball of balloon that got hung up in dune fencing. https://www.youtube.com/watch?v=y6blR4lSh40&feature=youtu.be

"Whadda ya mean luck?! I totally called that shot!!"

GOOD REEF NEWS; There is news on the soon-to-be-official “compromise” over the use of the state’s artificial reef system. Not that there was much of a compromise gain on the part of commercial pot fishermen. New regulations, already in the legal system, will allow commercialites to use parts of the two reefs located within state waters.

NJ has a total of 15 manmade reefs but 13 of those are within the EEZ, i.e. federal waters.

(Below: famed "Igloos" reef balls. See below for background info on these NJ inventions.) That tax thing is why so many recreationalists were livid when pot fishermen began using reefs built on the recreational dime.

The NJ commercial potters fought back, claiming it’s not right that they should be excluded from the 25 square miles of ocean bottom covered by the state’s artificial reef system. 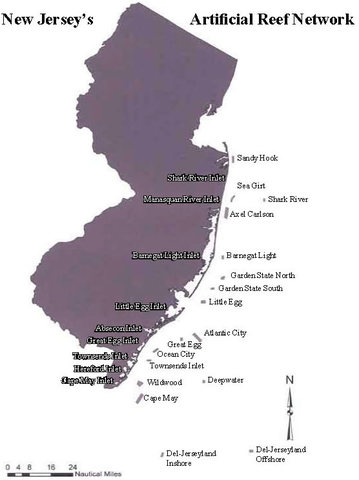 The squabble that ensued caused the feds to withhold the $250,000 annually earmarked for NJ reef-building and maintenance. I’m looking into where the recreational tax dollars went during the suspension of funding.

As part of the arriving compromise, pot fishermen will now get to work portions of the two reefs in state waters, off Sandy Hook and Manasquan.

This compromise is hopefully enough to petition the U.S. Fish and Wildlife Service to restore the funding it has withheld. Yes, that money is rightfully ours, so how could it be withheld? But, for now, compromise means progress, so we’ll just let it slide.

As the state gives in, slightly, to commercial interests, the feds are creating legislation that would make it even more emphatic that no commercial fishing can be done on artificial reefs in the EEZ. Within the compromise is some angling upbeatness. It looks like a new reef will be built as soon as that money is freed up. I’m hoping/thinking it’ll be located right off LBI’s north end, though I didn’t get official word on that yet.

Per the NJDEP, donations from both the commercial and recreational fishing communities will also help pay for construction of the new reef. The DEP, in consultation with stakeholders and the Army Corps of Engineers, will finalize a site for the new reef. 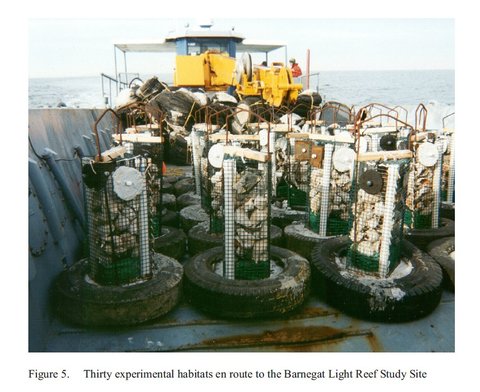 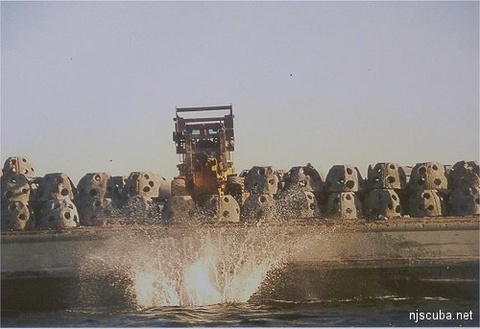 The following effects NJ's crabbing. looks like many of our blueclaws will be going south again this year.

There is good news and bad news contained within the pages of a new report about the health status of the Chesapeake Bay.

The Chesapeake Bay program, a regional partnership managed by the EPA, recently released its Bay Barometer for 2013 and 2014.


The good news -- the bay is less polluted.

Besides a reduction in pollution from the rivers that feed into the bay, there are other positive signs that the bay is getting healthier.

There was an increase in underwater grasses, which is a good indicator of bay health.


But perhaps the most disappointing news, the abundance of spawning-age female crabs was slashed in half between 2013 and 2014.

That means adult female crabs are essentially in a "depleted state."


The report shows the key to sustaining blue crab numbers is good water quality and maintaining an adequate habitat.

Though pollution management plans are working, much more needs to be done.

In a statement, the non-profit advocacy group Chesapeake Bay Foundation urged staying the course with the Chesapeake Clean Water Blueprint and also called on federal, state and local leaders to accelerate pollution reductions.