It's all fun and games until someone loses a ... left nut. Sunday, January 18, 2015: Suckacious day out there. Ideal for idly watching football playoffs, considering I couldn’t care less who wins or loses – right through the Super Bowl. That’s not to say I won’t watch with vigor and a critical eye. Oddly, there’s a referee with local roots I’ll be watching. Tell me this isn't the first time you’ve ever heard of someone cheering on a ref. I did some mainland time during that gorgeousness yesterday. Came across a couple mute swans icing around near Road to Nowhere. Here’s that look: http://youtu.be/93KR6zkQYeA

And some photo-proof of the craziness of these huge birds. THAT’S COLD, MAN: A hyper-nasty flu-like illness continues to plague our area. Don’t become plagued by it. Limit personal contact with obvious sufferers --and use hand sanitizers (and hot-water hand washings) at every turn. Many stores now offer hand sanitizer stations. Use ‘em … especially before eating sushi out of your hands -- or the hands of others. Huh? As for the proverbial flu shot as a preventative, knock yourself out – possibly needlessly. I hear as much bad as good about those injections.  Give me nutrition/vitamin-based preventatives any day. 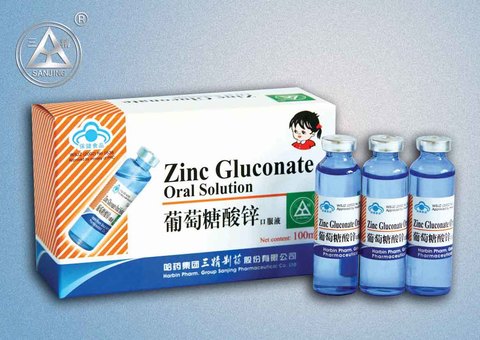 By the by, zinc, in the form of zinc gluconate, is now being shown to be kick-ass when it comes to kicking your immune system up the many notches needed to fight flus and colds. Zinc is the new vitamin C, the later having lost some of its orange glow in recent years. Hey, it had its 15 minutes of flu-fighting fame. I’m told Cold-Eeze is real big on Z, though the lozenges can leave your mouth as numb as after a dentist appointment. It’s now a best seller. Whether it’s also a best healer remains to be seen. I like Airborne, which has Z and also other alphabetics, like C and E. The more the merrier. If you’re already showing sniffly symptoms, Airborne should be downed regularly, even a slew of times a day. The grapefruit-flavored is tasty, both cold and warm. I give it a hypothetical four out of five stars.

Possibly the strangest, yet highly user-supported, flu/cold symptom fighter is the costly, and quite weirdly sourced, Oscillococcinum. It come from France where it is beloved. Prescribed by homeopaths to be used at the first blush of flu symptoms, fans of this stuff hype it as a both a symptom-fighter and a preventative. Works for me. So, what is strange and weird about Oscillococcinum?  It boils down to from whence it cometh.

The active ingredient in this homeopathic medicine is derived from the essence of duck liver and heart. Say what!? Uh, how many ducks have you seen suffering cold or flu-like symptoms?

To be sure, the duck parts (offal) is downsized. Oscillococcinum has one part duckness added to an absurd amount of water, namely 10 to the 400th power.  One duck liver and heart can likely last the Oscillococcinum company until the last known duck croaks. Whadda ya mean this highly-admired anti-cold product smacks of human quackery more than duck quackery? How quackacious did it sound when somebody scraped up some festering fungus and said, “How ‘bout I inject this-here mold into your body to see if it clears up that nasty nasal infection of yours?” Remember: It’s only weird if it doesn’t work.

By the by, Oscillococcinum is also weirdly dispensed. It comes on sugar granules, a tad LSD-like. And no, that’s not a bad association. Bet you didn’t know that LSD is organic to the core; damn near homeopathic. Its discoverer, chemist Arthur Stoll, concocted it from ergot, a grain fungus that typically grows on rye. A lot must go on in those moldy, fungus-studying labs. Alert: Be very, very afraid of those touch screens at places like Wawa and some groceries. Think about it: Finger after finger depositing squirming germs there upon – and your fingers come along and pick up on all of them. Then, you pick up your meal order, head off to unwrap it and grab your food with those festering fingers tips. I hate to bring up a recently scabbed over subject but you saw how little, touch-wise, it took to transfer Ebola. Though not as end-times as Ebola, flu viruses and cold germs are just as communicable. People intentionally release balloons into the environment to celebrate events. Unfortunately, balloon debris often ends up in streams, rivers, and the ocean, where marine animals can ingest the balloons or become entangled by their attachments, causing injury and even death.
The Virginia Department of Environmental Quality and NOAA Marine Debris Program partner to change behavior and reduce balloon litter in Virginia.
http://wp.me/p107yF-1l4

...And here we sit awaiting a new blog post on jay mann.today.

I hope that dog bit off the idiot's ankle. Btw, I've seen employees wipe down those screens