Friday, November 27, 2014: Ain’t a day goes by I’m not as thankful as all get-out – as much for what I’ve got as what I’ve lived through, including some serious bible-bullet incidents -- those proverbial times when the bible takes the bullet, so to speak. If I ever get a long-term burst of writing energy I write my recollections down.

That said, hope all y’all had a happy and thankful Thanksgiving, despite the nagging realization that the far more demanding Christmas season is now fully launched. I’ll try to occasionally thrown some cool gift item ideas in this blog, based on what I would like, of course.

Number one gift suggestion for those wanting to go with the “big” gift -- or those with deep pockets -- is an upper-shelf fishing reel. Nowadays they can go to 4 figures. I don’t care how many reels a man/woman has, a top-of-the-line model will go to the head of the casting class.

A number of years back I was stunned to get a Van Staal spinning reel and it has never lost its place as a favorite, despite hating cold weather (stiffness). Van Staal, by my thinking, opened up the realm of way-upper-end reels for virtually all major reel-making companies. On average, better reels lurk in the $400 to $800 range.

To be sure, most of supreme-model reels are more than just tagged more expensively to keep up with the Van Staals. Modern materials and designs – and consequent reeling ease and reliability – must go along with the tag or anglers will instantly see through the price tag. Mine has worked fine, though it is showing its age – and showing who it’s owned by.

By the by, just because I keep mentioning Van Staal does NOT mean their reels head up the still-emerging pack of supreme reels. They might and they might not. I’ve also heard some gripes about Van Staal’s service dept.

I’ve only been able to try other big-ticket reels (spinner and bait), either in the field (borrows) or (more often) in the shop. And I’ve been blown away with the smoothness and feel of them, some as low as $250.

If shopping reels for a significant other, I suggest going into a user-friendly LOCAL tackle shop (off hours) and try out a load of them – and get expert store input. Make sure you give a shop the details of the type fishing done by the intended gift receiver.  In some cases, the shop will know the angler.

Of course, even if the unreal reel gift just misses the mark, LOCAL shops are willing to let the gift receiver do a post-Christmas stop-in to switch to something spot-on. If you tell shops Jay Mann sent you, you just might get free line – you know, a tiny piece you can use to taunt the cat.

Rundown: The wind has backed off a bit and the surf has dropped drastically from yesterday. The ocean remains an uninviting brown but will slowly clean throughout the day and just might be suitable for plugging by late-day.  With water temps near 40, we are surely in the schoolie phase, though some serious bass are still be taken from boats. Needless to say, boas and beach continue to remain fully divorced.

And a sincere congrats to the many boat anglers who have had a way-decent striper fall to date. I’m only jealous in as much as my fall has been way more of a fail.  I had loads of offers to go out on the ocean stripering but my life has truly become catch as catch can, time-wise. It’s neigh impossible for me to say, “Oh, I’ll be at the boat at 7 a.m. tomorrow – or the next day, or the next.”

Jay Mann
, keep an eye on this character. Still has to ride in a car seat but slays the bass.

A successful Thanksgiving morning for Lil' Danny! What a guy.

Below is a story on the explosion of wild turkeys in the state. If you follow this blog or my column, you know I often offer turkey tales almost larger than tom turkey tails. I'm just going to offer a very local perspective, i.e. toward Mayetta, where I counted a raft of over 75 turkeys crossing the old railroad bed, east of Route 9. They were running single-file in front of my truck and the only thing I can equate it to -- and not everyone reading this will register the comparison -- is waiting for a train to finally pass in Winslow, Arizona. I didn't want to drive through the river of birds so I waited and waited, actually losing count at 75. The thing is they show their smarts when it comes to highways and byways. Despite their exploding numbers, I have yet to see one killed on the roadway. Oh, I know some must buy the farm crossing roads but it's a rarity and shows their speed and smarts. 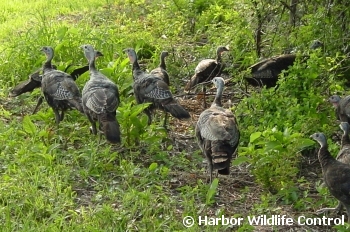 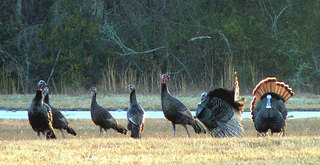 By the by, there have been some interesting bait showings near the beach. Brant Beach had a huge cloud of finger mullet, seen by a few folks. Then, yesterday, I went to Holgate for a quick drive-by and near the Rip saw easily a dozen corncob mullet taking to the air – seriously airborne. That is not at all common with these larger mullet. And you might be surprised at what I think sent them soaring: a fluke. I’ve seen that circular launch pattern when something comes up from directly below. My theory is helped along by a photo of a huge fluke I saw caught (and released) recently, nearshore.  Yes, I cast like crazy on the mullet take-off zone, maybe a dozen tosses. Not a touch, though I actually felt like there were fish there. I think that feeling was fostered by the fact I couldn’t stay on the beach due to Thanksgiving commitment. That’s ADHD screaming that I’ll be missing it – wherever I’m at. 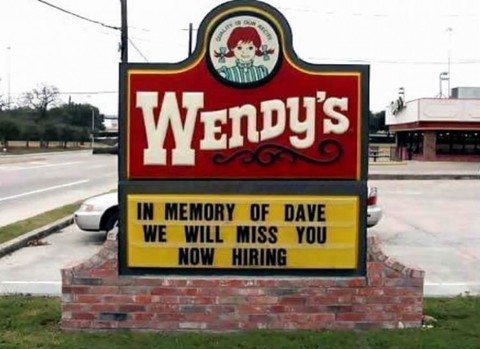 Wild turkey population explodes in N.J. as birds come back from brink

Five turkeys scratch around on a Maplewood lawn in this file photo. The wild turkey population in New Jersey has bounced back from virtual extinction in the 1970s, to a thriving - and spreading population of thousands.
(Star-Ledger file photo)

A resurgent population of wild turkeys are showing up on lawns and in wooded areas across New Jersey looking to eat, not to be eaten.

The state’s wild turkey population has made a remarkable comeback from near-extinction a few decades ago, and wild turkeys can be found in almost every area of the state, say experts.

“I think they’re here to stay – which is a good thing,” said Bob Eriksen, the regional wildlife biologist for the National Wild Turkey Foundation.

By the mid-1800s, the wild turkey population was extinct in New Jersey, due to over hunting and clear-cutting of forests for farms. But 22 birds transplanted to N.J. in 1977 have now grown to a current p..., said the state Department of Environmental Protection.

The population has spread out more evenly over the course of the last decade, said Eriksen, formerly with the state’s Division of Fish and Wildlife. What was once a bumper crop of turkeys in the northern part of the state has spread gradually out to southern and southwestern parts of the state, Eriksen said.

The turkeys have branched out into suburban areas, partially because old-growth forest is providing less cover than is necessary to breed and raise offspring – and they instead leave to follow waterways to suburbia, where they can find food and have few if any predators, said Eriksen.

A group of wild turkeys forage on a path in Mackay Park in Englewood on Nov. 16 - a place you wouldn't expect to see the birds, said Brian de Castro, of South Orange, who was playing baseball when the birds appeared.Courtesy of Brian de Castro

And the turkeys seem to be everywhere.

Brian de Castro, of South Orange, was playing baseball in Mackay Park in Englewood on Nov. 16 when a group of six turkeys appeared on a path in front of him. They kept ahead of him, and then flew to a neighboring yard when other people approached.

"They turkeys were just doing their thing," de Castro said. "It was a park - but this was not a place I would expect turkeys."

Nearly every morning, the three female turkeys emerge from the woods behind the Hunterdon HealthCare facility in Clinton. Then they work their way along the building, pecking at the full-length windows, watching the people inside on treadmills, the patients in wheelchairs.

“They’re adorable – they stick together,” said Shelley Farina, the assistant director of the health center. “They go from the gym to the pool, to the front lobby. It’s exciting.”

View full sizeJim Salt, a turkey hunter from Avenel, went to Sussex County to bag his Thanksgiving dinner this fall. But he regularly sees flocks near his workplace - a refinery in the Tremley Point section of Linden, a heavily-industrialized area not normally associated with wildlife.Courtesy of Jim Salt

They can be a nuisance, according to experts. Two years ago, a flock was reported in the Burlington County town of Hainesport – .... They can be hazards for drivers – since even a 20-pound turkey hitting a windshield can cause damage.

Jim Salt, a 72-year-old Avenel man, trekked to the northernmost nook of the state, near the banks of the Delaware River in Montague, with a hunting partner during the week-long firearms season. Together they bagged three birds – including the gobbler that came running to Salt’s turkey call – and which will be on his dinner table on Thursday.

But those aren’t the only turkeys he’s seen in recent months. Even near the Linden refinery where he works, in the heavily-industrial Tremley Point area, there are flocks of wild turkeys.

To see how nature has bounced back is something for which he’s thankful, Salt said.

“I grew up in Clark – we never saw deer or turkeys back then,” said Salt. “Now, they’re everywhere.”