Wednesday, August 27, 2014: Just a note that the first of the Hurricane Cristobal’s ground swells are showing along all LBI beaches and near inlets. Waves are breaking (midday) at maybe 4- to 5-feet …

Wednesday, August 27, 2014: Just a note that the first of the Hurricane Cristobal’s ground swells are showing along all LBI beaches and near inlets. Waves are breaking (midday) at maybe 4- to 5-feet but larger sets are on the way. It could get gnarly by tomorrow, with wave approaching 8-feet on sets. (Below) HCBP photo ... While most seasoned waveriders are easily equipped to handle the waves – skill- and equipment–wise – there are literally hundreds of thousands of people now heading to the coast for the holiday weekend. Many a novice will see the waves – and the waveriders – and think, “This is a breeze” and paddle out. I’m not talking about guarded areas but surfing zones. Be a humanitarian and keep an eye open for folks in over their heads – and, believe me, there will be some.

If you have any cool observations when in the water -- fish, creatures and such --- please let me know. Just don’t tell me you found a Paleo-Indian artifact s you came out of the water.

SWELLS AND SOULS: As for boating, if you’re thinking ocean or inlet, you better know just what you’re doing for the next couple/few days.

I worry most when storms like Cristobal move away and big sets become inconsistent. An inlet or shoal passage can look calm and clean, then, no sooner do you power into a shallow zone than all swell hell breaks loose. I hate to get morbid but on LBI we’ve had many boating fatalities under exactly the upcoming conditions.

Snicker at me if you like but if every there’s a time to do a double check -- and re-familiarization – of the hold with the floatation devices, it’s NOW. Tidy it up. Also, any soul on board with questionable swimming skills should be forced to wear a PFD. My saying: You’re the captain, make it happen.

FLUKE DAYS: Just a reminder that we’ll have until Sept. 27 to fish for fluke.

I continue to fret over what seems like a massive take of summer flounder by recreationalists this summer. 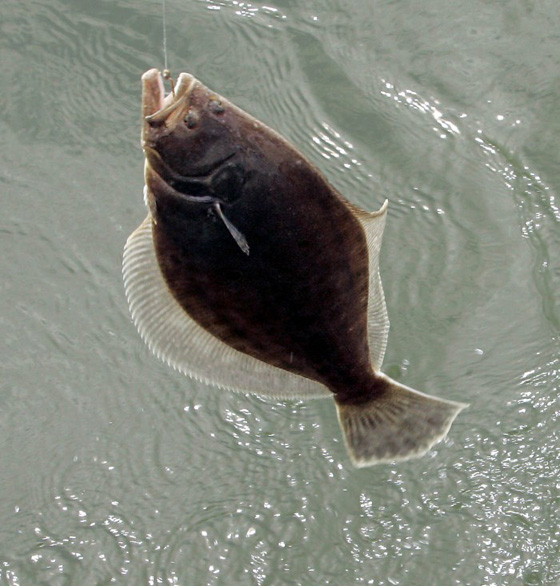 I’m not even remotely suggesting backing off. I do not fear the state of the summer flounder population. It’s massive. Still, I see a questionable regulation tightening for 2015, so enjoy for now.

Please carefully release undersize fluke. That I DO fret about that. Needlessly killing a flattie that will be legal-sized by next year is just stupid.

When unhooking a fluke, do not squeeze/grasp it at the body cavity – a very common old fart practice.  Just as bad is grabbing a fluke with a dry towel, removing the slime covering that literally keeps it live. It’s not so much the threat of bacteria infesting areas where the slime it removed, but the creating of a complex body chemistry imbalance whereby crucial electrolytes literally bleed out of the fish where the slime has been removed. It’s end times for the fish. Conservation is cool.

The inshore artificial reefs and wrecks off Beach Haven continue to provide some great action for the boats of the Beach Haven Charter Fishing Association. The populations of fluke and black sea bass are large although most fish continue to be on the small side. Some other species are being caught there to make things interesting. There have been catches of nice triggerfish, porgies, ling cod, and even some stray mahi-mahi wandering around. In addition, some 1-2 pound bluefish always seem to make their way into the mix.
On a recent trip Captain John Lewis had four happy anglers out on the “Insatiable.” The group managed 55 sea bass, 18 fluke, a ling cod, and a bluefish. Although most of the fish were throwbacks, there were enough sea bass fillets to take home for a meal. Captain John says the good news is that the small sea bass and blow fish are now in the bay. That is a great way to get the kids started fishing with plenty of action.
Captain Fran Verdi of the “Francesca Marie” is urging his regular anglers to get their fluke action in before the season closes on September 27. He also notes that the sea bass daily limits will be going from the current 3 fish per day to 15 from September 1 to September 6. At that point the season is closed until October 18. He had a party out recently for some decent action on fluke and sea bass despite some choppy seas. He had some catch and release fishing on some small mahi.
The offshore tuna fishing action has been a bit iffy due to some large swells. The tropical storm Cristobel, which is expected to pass far offshore, will continue to have a negative effect on that action. When the boats did manage to get out, there were good catches of yellowfin tuna both trolling and on the day chunk along with some decent bigeye tuna trolling action.
Addition information on the Beach Haven Charter Fi9shing Association can be found at www.BHCFA.org.

THIS IS NUTS!: If you’re from my foul-mouthed era, you surely recall the manly remark “I’d give my left nut for … (fill in what you’d give it for).” For many of my buddies “an ice cold beer” was seemingly enough to spend the rest of their lives as Old Uni-Ball.

Obviously, that left-nut offer was a decidedly rhetorical proposal. Even the thirstiest of us knew it was best to let our family jewels just happily lie round in the sack all day.

But odder times are now upon us and that half-assed saying has lost all its rhetorical innocence. It is now a snap – and a clip -- to truly give your left nut by going balls out for a quick $35,000.

Yep, 35 big ones is the going price for a male testicle – with plenty of room for wrangling the price upward, should your jewels be a sight to behold.

In an episode of TLC’s “Extreme Cheapskates,” it was alleged the practice of giving up a left, or right, nut is now rampant. “Rampant” is my word choice, applying to even one numbnuts trying it. Then, I saw a photo of two men lying in hospital beds after their, uh, de-nuttings. They were both smiling, kinda demented like.

I then Googled something like “balls be-gone” and ended up at a medical website where the testicle-taking process was explained. I carefully bypassed clicking on the tiny “Play” arrow for an actual video showing the operation. Problematically, nowhere on the website did it explain where one actually goes to sell testicles. I expected one of those GPS maps. “Your balls are here. Now, drive to the end of 18th street and make a right onto Barnegat Avenue … etc.”

No, I wouldn’t sell either of my gonads, particularly my favorite one. Oh, come on, you know all men have a favorite nut … right? Left? Whatever, I wouldn’t sell even my least-liked nut for all the tea in China, where I’ll bet many a departed testicle ends up. Of course, should the going price soar upward, like a fine tech stock, I’m betting many a man might at least discreetly ponder $100,000 a pop. “And I get to choose which nut, correct?”  Yes, two times $100,000 makes $200,000. Hey, what are you thinkin?!

By the by, by law, a testicle-taking operation necessitates the replacing of a living breathing ball with a fake one.

Right ball: “You know something, Lefty, you haven’t said a thing since you got back.”

Hey, that fake-o ball demand might lead to yet another future stock worth considering. “And in business news, the big story remains the soaring value of  Balls ‘R’ Us” stock, now trading at just under $200 a share, after opening at $2 last week.”

“Damn, you mean I didn’t have to sell my left nut?”