Saturday, August 23, 2014: The winds have stuck a fork in this near-the-end Saturday, more so than the a.m. showers. The winds were expected but it still feels kinda crappy when it actually happens. …

Saturday, August 23, 2014: The winds have stuck a fork in this near-the-end Saturday, more so than the a.m. showers. The winds were expected but it still feels kinda crappy when it actually happens.

A larger-than-usual Saturday-exit swarm is leaving the Island. The thing that makes it a tad more significant is the massive number of collegiates heading out for a lengthy stay away from the Island. And don’t go getting all academic on my illegally making a plural form of word collegiate. Let the collegiates do that.  Hey, I like college kids, they add energy to the Island. There’s a noticeable drop-off in the Island’s energy when they're gone.

I was chatting with a boat storage place and they’re limbering up for the post Labor Day pull-out insanity. I’m always shocked at how many semi-mariners pull the plug on their boating the instant August ends. Of course, there’s many a boat owner who now have overwhelming family and work commitments going until Christmas.

Just as commonly, folks pull out there fishing vessels and fully commit to surfcasting until Christmas. Right on.

And we’re going to have a fairly fair fall this year, maybe not a wholly honkin’ bassing season but damn decent considering the letdowns we've had over the past few autumnal surfcasting seasons.

I still fear a deficiency in the slammer blue showing this fall, possibly epically bad – though I say that so I can be proven horribly wrong, not likely though. Best big bluefish bet will be the north end.

My fall money remains on the striper action. Actually not my money but the Long Beach Island Surf Fishing Classic’s money, which is dangling not only a big-money grand prize but other equally-grand prizes for special days. Nail all of them and you could win something like $3,500 for your bass of 34 inches or larger.

I’m not sure everyone is aware that the 2104 Surf Fishing Classic will have a minimum size of 34 inches for stripers. That is both for conservation – I championed the move for that reason – and also forwards the tourney concept of showing show off the skill and knowledge to catch better bass. To me, a 28- to 34-incher is barely into the “keeper” zone.

I fully respect the opinions of those who reflect back on the original intent of the Board of Trade’s Striped Bass Derby, which was meant to attract anglers and their families to fall LBI – and award them for just about any bass caught. That was 60 years ago and a world away, when considering the world of hurt the striped bass fishery went through in the interim.

I’ll add here that the striped bass fishery is doing quite well on the biomass side, though reeling a bit on the cow (female spawners) side of things. That is going to lead to some significant – though not draconian – changes in bag limits, minimum size limits, slots (hate it), or trophy fish. Though I’ve been emailed questions about striped bass closed seasons, I haven’t once heard that brought up, officially. There will ASMFC meetings and a chance to offer comment in the near future.

As for our keeping bass for the Classic, the number of bass we place back into the system via catch-and-release is absolutely the highest just about anywhere, even New England. We have surely earned the fish or two we'll each personally enter into the Classic. Some of us even try to keep weighed in fish alive for release after weigh-ins.

GETTING CHESTY: This is just one of those out-there things that strikes me as cool.

You might have heard that Atlantic City cops are wearing “chest cam” video cameras. In the wake of the current racial unrest – be it well-founded or simply opportunistic race upheaval championed by ambulance chasers like Sharpton and Jessie Jackson – the chest-high point-of-view cams are likely to become the accoutrement-of –the-day for law enforcement across the nation. See:

The Wolfcom 3rd Eye can record over 17 hours of video, snap over 20,000 photos, and record over 500 hours of audio. This police body camera can record up to 1080p with a battery life of 6 hours of continuous non stop video recording.

This Multi-function body camera has Night Vision and GPS and can be used as a stand alone reorder or connected to your 2 way radio and also used as a lapel speaker microphone. Battery life is 6 to 12 hours. 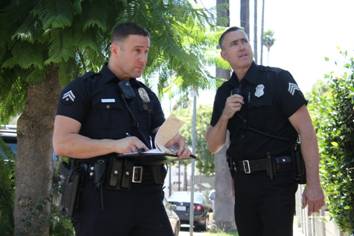 But I see an off-label use for chest-mounted cameras that could rock the competitive angling realm, from the beaches to the canyons. Those same unblinking point-of-view cams -- including chest-mounted GoPros -- could easily become a bona fide form of tourney fashion, particularly for those of us who always fish alone and far afield.

I’m serious here. One of the real bugaboos for tourney’s like the Classic is acquiring authentication-of-catch when fishing alone. It has already been an ugly issue in many tourneys. What better authentication than real-time video evidence of a fish being fought and/or hauled out of the water? Hell, it’s admissible in court.

Yes, there is the issue of night fishing but even the video-ed sounds of a fish being fought, then brought into the light -- via buggy headlights, headlamps, spotlights or headlamps – is hugely helpful in proving a fish’s provenance.

If you want to go as far as “Videos can be tampered with,” believe me, it’s not as easy as you might think. In fact, it’s near impossible to do it seamlessly. But, even then, it’s simply back to other more typical forms of proof, as in witnesses – or the polygraph.

Sure, just about everyone already has a vidcam. Take it from me, having one is one thing, getting them out and firing is a whole other matter. A motion-stabilizing chest cam like those cop cams -- which record nonstop -- never miss a trick.

By the by, official chest cams don’t run out of space. (GoPros do.) They simply recycle after many hours. After an important event, you turn them off and pull out the memory card, preserving the just-over segment. Replace the cam with another memory card and you’re back in business.

I’m getting one of these cop chest cams – to join my half a dozen other cams. It’s mainly fun and games, until the likes of my nonstop dashcam nabs a scene of mayhem. I'm scared to death of hitting one of these crazed road-bicyclists using the Boulevard and suddenly and insanely swerve into traffic to avoid a rock or some other damn thing. You know as well as me these numbnuts will claim that you swerved onto their bike path. Dashcams do not lie.

Irony: I was always warned that someday “Big Brother” would be watching. It turns out that it’s Little Brother who is everywhere. There are now fairly low-priced sunglasses with high-def vid-cams so well concealed there’s no discerning them from everyday eyewear.

I once had an older fellow go absolutely ballistic over my  allegedly parking in front of his HC house. He was older and I was in a decent mood, heading to volleyball on the beach. 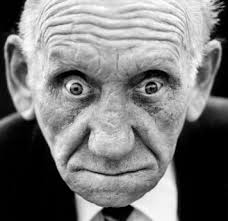 I smilingly (a wise-assed smile, I admit) took his sick-ass and obscene rants. The thing is he called the cops and actually said I was doing the insane screaming. If it weren't for some neighbors who had seen the entire episode, I might have faced some sort of citation. Imagine if I had a sunglasses cam? Hell, legally, the fellow could face up to a year in jail for either "filing a false complaint," or "lying to law enforcement," or "hindering an official investigation."

The best part is the YouTube video I would have.