Monday, September 01, 2014: In case you didn’t have your skin turned on today, it was sultry out there. And if you decided to check out the partially opened Holgate end, it was sultry spiced with gre…

Monday, September 01, 2014: In case you didn’t have your skin turned on today, it was sultry out there. And if you decided to check out the partially opened Holgate end, it was sultry spiced with green – as in greenhead flies. I suppose they’re no worse than any year but after I had as bug-free summer as my memory would allow, just feeling that bounce, as greenies feel for a landing zone, sent me into shutters. I’m one of those folks with skin that takes even a glancing greenhead bite and elevates it to a weeping welt.

As for angling along the Holgate beachfront, I saw one largish ray caught near the entrance and made a goodly number of jig stops for fluke. Despite using a new Wildeye “Shad” plastic, I couldn’t garner so much as a rap. The fact was tensed for flies like a Venus flytrap didn’t help my concentration – or length of stop. I did not get bitten. There are also four greenheads that are no-more. In an oddly contemporary vein, I literally visualized the ugly blood-happy buggers as terrorists.

The ocean water temp was 76 at all the stops I made, the highest being a 76.9. These were taken with a professional infrared temp-taker.

Oh, I should mention it was a big-ass bummer to see the Holgate beach’s south end closed, just as I reached the best section.

Here’s a report from Walt P: Got out this AM to try some BI inlet blackfishing and fluking. Could not raise a blackfish on the few crab pieces I had so I came on to the inside of the north jetty once the current started to roll in around 10:00.  Had one short fluke.  I noticed some bunker splashes out past the monument and was able to snag five on a hopkins treble. Not the best but it worked. Never thought to have my snag treble with me this time of the year. Had two bluefish bite offs on the first two drifts off the inside of the jetty then hooked up with a very feisty 34” 16.5lb striper.  I think I had another pickup on my last bunker but it was dropped and a bluefish finished up the taking. Lots of blues being caught on the outside of the jetty with people casting metals. Bunker seemed to be hanging around the mouth of the inlet all morning.  WP 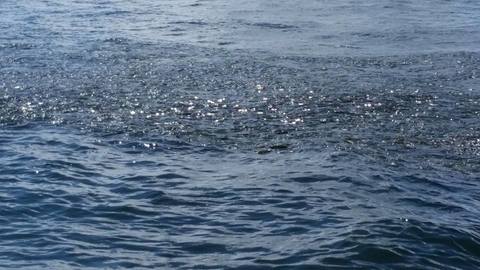 Pro report: Hope everyone enjoyed their Labor Day weekend!  I continued to fish the inlet area successfully for fluke and small blues.  The blues are popping up during the moving tides and can be caught on small metals, like 007s, and small poppers, which is always fun.  For fluke I continue to use live bait (peanut bunker and mullet) which is helping box more than a fair share of keepers.  Top fluke honors this week goes to Scott Tindal from PA this week who boxed an awesome 7 pound flatty during Wednesday’s trip with his son Drew and nephew John.  I did an inshore shark trip this week targeting browns.  Although we did not catch a brown we did catch and release a small mako (see video link):https://www.youtube.com/watch?v=OQAvQfpwF3Q&feature=youtu.be

Broke off a shark that was a little bigger and had a mako or two in the slick.  Joining them in the slick was an impressive 8-10’ hammerhead and  just a few feet from the Debbie M. Talk about exciting and only five miles off of Harvey Cedars!  If anyone is interested in booking an inshore shark trip contact me for details.

Ocean temps are holding solidly in the low to mid 70’s while the bay is in the mid to upper 70’s. The bay did get over 80 early week which has been an exception this summer, not the norm. Strange ……..  Let’s talk about bait.  The creeks are holding very nice numbers of mullet and even better amounts of peanut bunker.  The peanut bunker range in size from 2” to 6” or a little more.  Spearing are in droves around sedge island and behind the inlet.  Large bunker can be easily found a 1 mile plus off the beach.  Oh, and let’s not forgot about the bay anchovies (aka rainfish) that are in mass just outside Barnegat inlet.  Although I have my sights on the fall bass run fluking remains open for a few more weeks.  The Ridge is still holding bonito and the false albacore numbers are increasing.  With the amount of rainfish in close we just may see an a good old fashioned run of false albacore along the beach front.  Let’s hope.

On the nature side of things:  Barnegat Bay is giving up clues of summer’s end.  One of them is the increasing number of mummies (mature females blue crabs).  These crabs are the shedders (immature females) that shed, mated, and matured this season.  They will over winter in the mud while their eggs develop.  Come next summer they will be showing their egg cases (then known as spongers) at which time they head towards the ocean to drop their eggs and die.

Sailing open boat tomorrow Tues, Sept 2, 6 AM to Noon. We will be targeting Bonita and Mahi.  Weather and sea conditions look great. We are going to troll and chum with spearing. The albacore are starting to show in the mix as well. $160 per person. 3 people max, all fish are shared.

Calling me on my cell is better than email.

I finally had a chance to fish with my father, Mike Taylor, for a couple of hours on Labor day - we fished a few of my choice snags outside. The old man out-fished me today (I had to run the boat - sticking to that). We put some nice fish in the boat with both our custom-tied rigs and S&S Rattletails tipped with various baits. Today's tally: 8lb, 6lb, 5.5lb, and 19.5inch fluke. Awesome day on the water with my father!

We're running out of time! The vaquita is the smallest porpoise in the ocean and the most endangered marine mammal in the world - fewer than 100 remain!

The vaquita are dying completely preventable deaths. Their fate will be decided next week, please act now: http://ocean.ly/1sZUnST

Save the Vaquita from Extinction

Was digging into the archives today and happened upon an old photograph of my grandfathers marina on S 1st St. in Surf City, NJ. You might best know it today as Surf City Marina. Oh how things have changed. Not sure exactly what year, but if I were to guesstimate, circa 1950's.

The house directly in front of the marina is my aunts house.

Just a small trip down memory lane today. I will see what else I can dig up.

We saw gaggles of Pilot Whales, including a herd of albino's!!

Architecture & Design added 7 new photos — with Régine Ojerio and 111 others. 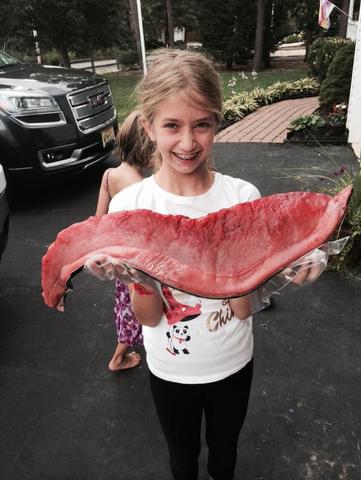 Greg O'Connell is going to an event.