Busted Flat With Headphones on; How to Fight a Fox Over a Turkey By JAY MANN | May 14, 2014 Via thesandpaper.net  So, I’m cyber-exploring for a set of good headphones for the upcoming… 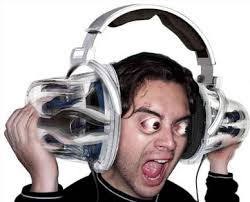 Busted Flat With Headphones on; How to Fight a Fox Over a Turkey

So, I’m cyber-exploring for a set of good headphones for the upcoming fishing season. I’m oft able to tolerate slack-action angling times through ear bombardments of heavy metal music and such. I ended up calling a fairly famed (and herein unnamed, see below) NYC company that prides itself on being home to upper-shelf acoustic equipment.

Getting a live salesperson, I explained my needs. I then, quirkily, suggested an exotic brand name, one I had heard tell of in some distant corner of the Internet. Upon hearing my suggestion, the suddenly snotty-voiced salesperson said, “They are a perfect choice … providing you have a flexible budget.” Oh, I knew damn well what the over-snug wise-ass was inferring. I grew up on the implicitly degrading slogan “If you have to ask, you can’t afford it.”  Well, guess what, I often asked – and still firmly remained unable to afford it.

However, this day, the salesperson’s acoustic arrogance just annoyed the hell outta me – and slowly sucked me into a narrowing commode swirl of fiscal embarrassment.

“So, sir, how much do these headphones cost?” I asked, as if my budget was not only flexible but just happened to be in the gym at that very moment, working on Olympic-class floor exercises.

Are you s******* me?! Just try to stay indignant after hearing that. Still, I had a bone to pick with this prickish salesperson. I shook off any audible signs of sticker shock and made an effort to carry on, albeit aimlessly at this point. “I see. And is there a discount if you buy one of each?” I asked, in a remotely convincing tone of voice. I was, of course, very careful emphasizing “… if you buy one of each.” Me, personally? I fell off the first-person grid way back at that annoying, albeit effective “flexible budget” prerequisite.

To my credit, asking about buying one of each at least grazed my salesperson’s arrogant armor. He faltered for an instant before telling me he’d have to put me on hold to talk to his manager, “concerning combined item pricing.” Managers, eh? Not so high and mighty now, are ya, doyboy? There was a click and classical music began playing. That’s always bad. Classical background music has expensive written all over it. You will not hear Ludwig Van Beethoven’s Symphony No. 5 in C Minor, Op. 67: I. Allegro con brio, while pricing chewable vitamins in Walmart.

When the salesperson came back on the line, he seemed cockily reenergized, coquettishly offering, “For both headphone sets, we can offer a price package of $4,250, with free shipping.”

The first thing that jumped to my mind was “I’ll take just the shipping, please.” I’m no math whiz, but that would be $170 just in N.Y. sales tax. That’s a week’s worth of food for me – maybe two weeks, via Ramen.

I defaulted to a question I ask all too often: “How do I get myself into these odd messes?” Hell, I can’t even spell exit strategy.

I had no choice but to eat city crow and expose myself as an ordering sham, I am, I am. Poverty sucks at the worst possible times.

Then, something utterly fascinating happened. Gospel truth! In the background of the salesperson, I heard a ruckus. I could clearly make out something along the lines of a police raid. I kid you not. The last thing I heard was “Put that down and stand up, now!” Things then went dead quiet on the other end.

I frantically fumbled to turn off my cell phone, quickly throwing it on my bed for good measure. I was freaked out. I half expected the police to begin pounding on my front door. Whew! That’s just why I stay out of the city.

So, I now own a nice pair of Bose headphones – from Best Buy. They were a solid buck-fifty. Any other time, that amount would have seemed mock-ably high, but after damn near getting busted while feigning interest in $4,250 worth of possibly hot headphones, via some shady inner-city source, I rewarded myself. Boy, they sound so good. Of course, hypothetically thinking, what might Ultrasone Edition 10 headphones (list, $2,500) sound like? Damn, that’s a lotta Ramen.

YOU TURKEY, YOU: Got a fun/weird turkey hunting tale from Paul P. Paul had gotten an early start in his search for big-bearded, thick-wattled gobblers. However, things got off to a slow start. Despite hearing a goodly number of responses to his calls, there seemed to be something holding back the turkey troops – of which we have legions in Jersey.

Through persistence, Paul eventually coaxed out a raft of unusually apprehensive hen turkeys. He then began calling for trophy toms. If the gals were jittery, the boys were thoroughly standoffish.

Finally, Paul’s calls drew in two trophy toms, which had inched out of the underbrush behind him. However, not only were they sounding off in a weird way, they were also acting all fidgety. No sooner had Paul turned toward them than they began to bolt.

Hurrying his shot, he still took down the larger of the two. But the day’s weirdness was far from over.

No sooner had the blasted bird bitten the dust than a fox came charging out of nearby underbrush – and grabbed Paul’s turkey! The chase was on.

Paul made his own charge, bolting after the thievin’ fox.

Even though Paul had a video camera up and running, it was facing the opposite direction of his dogged pursuit of the wily fox, which was hell-bent on stealing a monumental meal.

Unable to hold pace while grappling with a 30-pound mouthful of meat and feathers, the fox grudgingly bowed to Paul’s pursuit – dropping the turkey and zipping off into the nearby woods. Paul victoriously reclaimed his fine, albeit slightly salivated upon, tom turkey – throwing a triumphant sneer toward the woods where the fox had fled.

The earlier off-behavior of the turkeys was surely due to the poised and waiting fox.

That entire scene begs the question of whether the fox had actually known that a hunter was on scene and that feathery fireworks were about to fly – followed by the chance at grabbing an easy, supersized meal. Don’t pan the possibility. Consider the fact that the fox-in-waiting had fully ignored the deafening shotgun blast. What’s more, it went full-bore after the downed bird before the shotgun sound had even settled. There are top hunting dogs that can’t get off the mark that quickly. Add to that the way the fox stuck to its snatch-and-run guns even in the face of a human runnin’ and shoutin’ after it.

The one tripping point in the fox’s game-stealing plan was the part where he would dexterously dash off into the outback. Heavy point deduction.

Sympathizing a bit with the fox, I fear he had some explaining to do back at the den, where a vixen would surely be bitchin’ over his coming home empty-mouthed … again.

“I’m tellin’ ya, Francine, I had this huge turkey right smack in my mouth. The bloody thing was as big as me, I swear. So, I’m haulin’ ass for all I’m worth, tryin’ to get it back here nice and fresh, when all of sudden some crazy guy comes crashin’ through the weeds, yellin, ‘Blah, blah, blah, you little bastard!’ I’m pretty sure he was talkin’ about me. I still didn’t care. I held on and kept runnin’ my ass off. And I woulda got away if I hadn’t kept trippin’ over the dumb-ass bird. I musta looked like some sorta furry, feathery bowling ball out there. Damn near broke my neck. … Hey, where ya goin’, Francine? I’m tellin’ ya the gospel truth. If I’m lyin’ I’m dyin’, girl. Come back.”

TURKEY TALK: Wild turkeys are nothing new to N.J. They’ve been around since forever.

As to the white-meat word turkey, that was created long ago by some geography-challenged Brits, who named the big birds after the country of Turkey – where the Brits were convinced the birds had originated. Never mind the fact the folks in Turkey wouldn’t know a turkey if it jumped up and shat on their turbans. Turkey has never had turkeys.

America has always been home, sweet, home to turkeys. They prospered here, perfectly, until arriving Europeans wasted no sweet time in killing every turkey in sight, nearly exterminating them. In fact, the full-fledged return of wild turkeys to America – via manual reintroduction – is a very recent thing.

Oddly, North America’s true founding fathers, Native Americans, didn’t give a turkey’s patoot about how many unalactigos (turkeys, in Lenape) were killed by pesky palefaces. The big birds were far from prized.

Through advanced communion with nature, Native Americans had established that turkeys suffered from what we might call bad moral character. In fact, the birds were viewed as the ultimate chickens, based on the way turkeys were always seen running off, like a buncha wusses. They were so cowardly that Indians absolutely refused to eat them or wear wild turkey feathers, fearing any contagious cowardice might rub off on them.

A common Indian insult was “You turkey-feathered, run-off-and-hide-in-the-bushes, lily-assed, chicken licker!” Through the years, it simply became “You turkey!”

By the by, there was never a Chief Red Turkey Feather, as you’ll see portrayed in some history books. He was simply Chief Red Feather.

On the other ethnic foot, Europeans thought turkeys were something to salivate over. They ate them endlessly. Partier extraordinaire Ben Franklin told his daughter he hoped the turkey would eventually become America’s national bird. He based that on the way tame turkeys were so formidable on the farm, kicking ass constantly in their nape of the barnyard – as he loudly cheered them on, refreshment in hand. It’s very unlikely that blue-blooded Big Ben had ever seen a wild turkey. 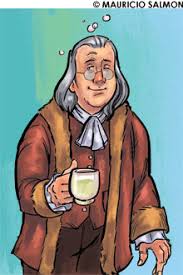 As our heated turkey hunting season carries on, one has to reconsider the greatest turkey event of all time.

“Welcome to the first Thanksgiving, Chief Bravewaters. Make sure to try a big chunk of this baked turkey, and then try some of Hester’s turkey gravy over turkey giblets. Oh, and Patience’s fried turkey skins are to die for. But save room for some turkey pot-pie.”

Chief to self: “I knew this was a frickin’ bad idea. The next thing you know, they’ll wanna do this every year. Just call me Chief Wusswaters.”

Rocky the Bobcat is going home ... to Manahawkin. A judge said there's no place like home in this instance. It now comes down to the owner to keep the cat in it's proper place.