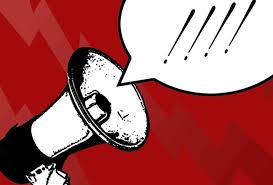 BARNEGAT LIGHT, N.J. — The Coast Guard is giving notice that the U.S. Army Corps of Engineers has contracted with Agate Construction to repair the Barnegat Inlet North Jetty beginning on or about April 14 and possibly continuing through November.
Operations will occur during daylight hours and at night. A crane barge and a rock barge will be spudded down for stabilization at the north jetty with barge lights illuminated.
The navigable channel in Barnegat Inlet is narrow due to shoaling on the south side and in the center. Natural changes in the inlet typically cause the water to be deeper on the north side, near the damaged jetty. The U.S. Army Corps of Engineers’ Dredge, Murden, is dredging the shoal during the month of March to widen the navigable area. Depending on the results of this dredging, a safety zone will be activated that encompasses the entire Barnegat Inlet.
Within the safety zone the following is not permitted:
swimming
diving
fishing
mooring
anchoring
passing and overtaking other transiting vessels
Such a zone will be in effect and broadcast to maintain the safety of the boating public and the Agate Construction workers on site. Vessels will only be able to transit Barnegat Inlet one vessel at a time at the minimum speed necessary to maintain steerage.
Mariners wanting to transit the safety zone with more than one vessel at a time must contact the Sector Delaware Bay Command Center 36 hours prior to the intended transit time at 215-271-4807. Vessels needing to contact the on-scene tug can contact them on VHF Channel 16. Vessels should monitor VHF channel 16 for updated information on the operation.
If you have any questions regarding the Barnegat Inlet North Jetty repair project, please contact the Waterways Management staff at 215-271-4814 or the 24/7 Sector Command Center at 215-271-4807. Updates will be published in the Local Notices to Mariners.
The Barnegat Inlet North Jetty was damaged by Hurricane Sandy in October 2012.

There will be a special meeting of the NJMFC that will be held at 4 PM on April 3rd at the Stafford Township Municipal building located at 260 East Bay Av., Manahawkin. Regulations for both fluke and sea bass will be decided at that meeting following public comment. All concerned fishermen are encouraged to voice their opinions at this meeting.

There was another advisors meeting on 3/27/14. Regarding fluke there were no changes in the options being considered. The majority of advisors favored option 2 but I sensed that there was also considerable support for option 1. I believe that either option has a good chance of being adopted. I think whichever one has the most public support at the upcoming NJMFC meeting will be the one that is chosen.

There is also the possibility of a special 16” size limit for shore based fishermen at Island Beach State Park. This is a proposed pilot program that could be expanded to other areas next year. This possible option is being developed further and may be explained at the meeting on 4/3. However, if it moves forward, it will not be voted on until the council’s May meeting

bag season. One in particular garnered unanimous support. This new option is as follows:

meeting on 4/3. I don’t want to speculate on which ones they might be but I will let you

know once they are finalized by the council.