JAN. 22, 2014:  It's obvious we’re into some protracted frigidity. Even more, we’re into some honking offshore winds – into the foreseeable future. The blowout tides are going to become insane. The … 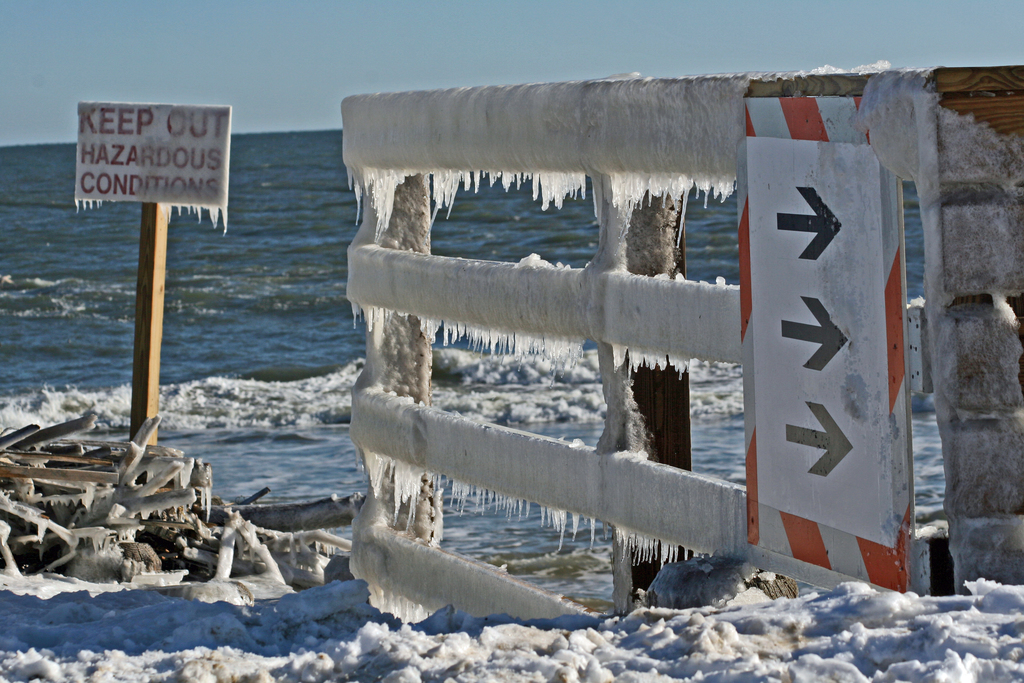 It's obvious we’re into some protracted frigidity. Even more, we’re into some honking offshore winds – into the foreseeable future. The blowout tides are going to become insane. The lows could be as low as we’ve seen in recent years – and we’ve seen some insane blowouts in the past decade. There are some fun times to be had in ultralow conditions, mainly along the lines of beachline treasure hunting and beachcombing. However, the unforgiving cold, spurred on by the winds, will keep outdoors things in check. By the by, today was absolutely bitter.

Video looks at the cold:

Here's a look at Ship Bottom in the snow:

And a froze hard beach:

ICE FISHING CAUTIONIER: This current polar vortex punk will surely set the Mullica to freezing, including the perch and small stripers waters of Collin's Cove. I’m all too familiar with that cove’s freezing habits and shortcomings. I’ve been there to take the first test steps onto the ice – which is brackish water, meaning it has a lower freezing point than freshwater. That can loom large when taking that first step out there. 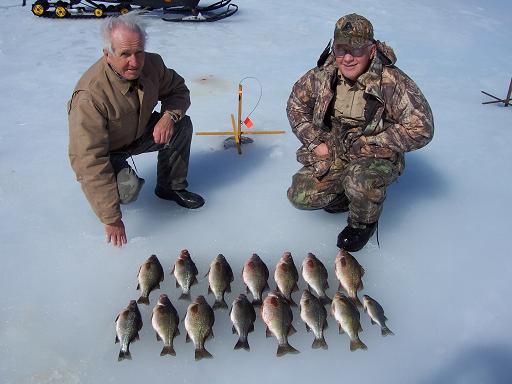 Anyway, one of the real hazards of choosing safe ice is snow, i.e. what we just had. While the Mullica area didn’t get a load of snow, it’ll be enough to mess up the ice surface, making it hard to read the ice safeness and, some say, for the perch to see baits. Perch are day feeders and the darkness under snowed-upon ice can reduce their feeding intensity.

As for that “small striper” angle, on a couple occasions I’ve taken bass, one after the other, as large as 20 inches -- and as many as a dozen in an hour. I found the trick is working jigs -- while everyone out there was using shrimp or minnows. One of my best days was using a one-ounce gold Hopkins with treble and bucktail I had tied one. (Yes, Hopkins made gold-tinted models for awhile.) I also used special ice-fishing lures by Rapala.

Since then, some incredible vertical jigs have come along. By the by, if the bass aren’t around, you’ll just be jerking your time away, though now and again a larger perch will grab a jig. Keep a couple holes baited and then keep warm by jigging a larger jig hole.

I’ve seen 28-inch-plus bass come out of Collin’s Cove ice holes. The problem is you cannot keep them – and technically shouldn’t be targeting them, per some overly authoritative law officers. I say catch-and-release is just fine. Of course, no one is listening. By the by, it’s tough sneaking a keeper bass – or smaller – off the ice there – too many eyes and enforcement will occasionally sit in the parking areas.

Yet another state helped by the vortex: http://www.weather.com/video/freeze-may-have-harmed-invasive-beetle.... 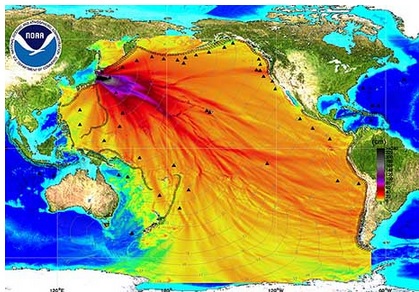 This map, supposedly showing radiation spreading across the ocean from Japan, was one of the most widespread pieces of Fukushima (mis) information — it was also one of the easiest myths to debunk. We just went to the source.

The map was produced by the U.S. government's National Oceanic and Atmospheric Association, and spokeswoman Keeley Belva confirmed the map doesn't show the spread of radiation.

According to their website: "This image was created by NOAA's Center for Tsunami Research and graphically shows maximum wave heights of the tsunami generated by the Japan earthquake on March 11, 2011.

"It does not represent levels of radiation from the damaged Fukushima nuclear power plant." The map has become "an oceanographer's in-joke," according to Robin Brown, manager of ocean services for Canada's Department of Fisheries and Oceans. Two months ago, Brown gave a seminar to 40 oceanographers and showed a slide of the infamous NOAA map with the headline, "West Coast Fried by Radiation." The room burst out laughing, Brown said, but their chuckles were "tinged with a bit of sadness."

"I felt so sorry for NOAA," he said. "It's a bit of a cautionary tale about how your good work could possibly show up in a place you didn't expect."

The bottom line: Yes, it's a real map, but it doesn't show radiation.