Not much to write about at this time (midday) short of the fishing potential for this weekend being through the ceiling -- make that through the perfect sky. There will be some briskish NE winds but nothing SCA worthy.

I do want to note, again, the fun and fishing potential of stand-up paddleboards. They've been around long enough that angling adjustments have been discovered.

If you need some SUP contacts just email me.

And SUP is not just for smooth days. Check out this fly and albie action: 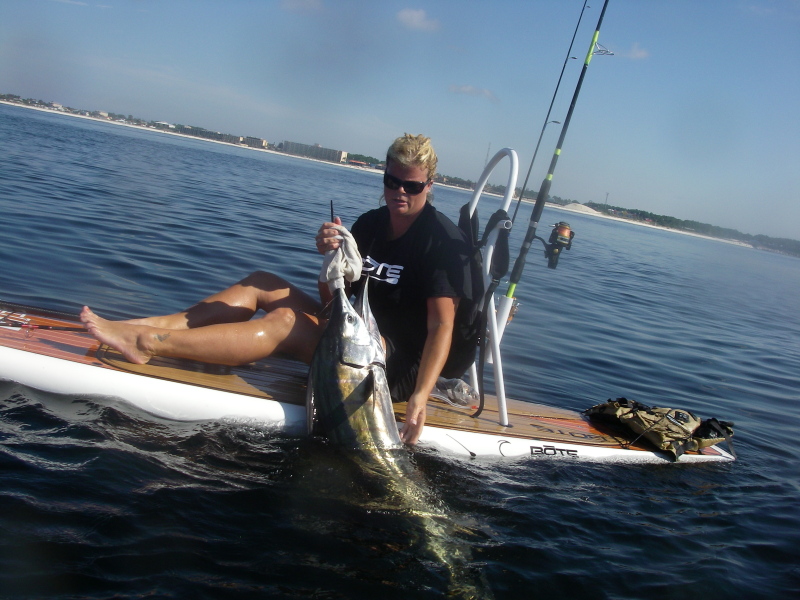 FIFTY GOING ON EIGHT: Here are a couple shots of Liam Kelleher and his 51-pound striped bass, caught off IBSP. Welcome to the 50-pounder club, Liam.

At eight years old, he’s as young a club member as I know. What’s more, this wasn’t one of those daddy hooks it and the son simply reels it in. Liam did the actual hooking and all the fighting. Fact is, he’s been fishing for quite some time, at least in terms of an eight-year-old angler. 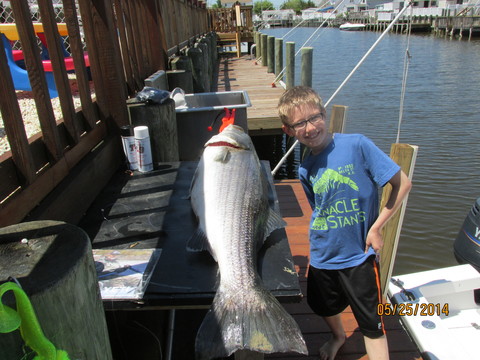 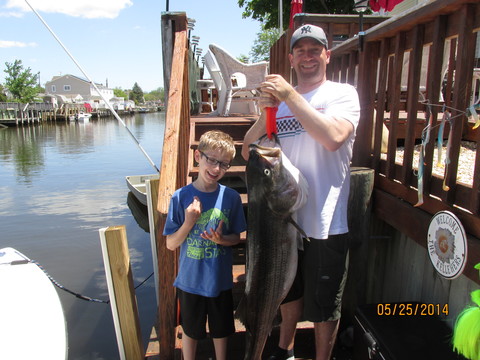 Fish are coming in!!! We have live spot and minnows!!! Fresh clams and Bunker!!!!


Cong. Don Young's amendment to provide for substance fishery representation on the N. Pacific Council was included in the bill.


Fish like halibut and pollock are caught at sea, but Young says inland fishermen should also have a say in how they’re managed.


“All I want is for them to have a voice, the same voice that the commercial and sport fisheries have, so they have utilization for a living source of food,” Young said to Alaska Public Radio.


Nominees for the North Pacific Council can be qualified based on their commercial or recreational fishing expertise. The law doesn’t mention subsistence users, and Young says they’re being short-changed on the Council.


“There has been a decline in fisheries that are used for subsistence and yet the subsistence users are neglected as far as taking in consideration the amount of fish that can be caught,” Young said.


His amendment would require the Alaska governor to consult with subsistence users before nominating North Pacific Council members. Tribes in the Y-K Delta and the Interior have been asking for representation on the Council.


According to APRN's Liz Ruskin, people in Western Alaska suspect Bering Sea fisheries are aggravating the Chinook salmon crisis. The Pollock industry says its cut way down on its Chinook bycatch, down to about 30,000 fish. But to subsistence users barred from catching even one, chinook, as is true in the Yukon this year,  it sounds like a lot.


Sky Starkey, an attorney for the Association of Village Council Presidents, says the amendment is a good start in getting subsistence users into the Magnuson-Stevens Act, but Starkey says tribes want a dedicated tribal seat on the council to press subsistence concerns.


“And the amendment that was introduced at mark-up today would not accomplish that purpose, at least not directly so,” Starkey said.


Resources Chairman Doc Hastings told the committee they’d have more opportunities to shape the bill as it moves forward.


Other parts of the bill retained the flexibility and changes to rebuilding timelines that many on the East Coast have sought.


Chairman Hastings said "The goal of HR 4742 is to strengthen and improve the Act through common sense reforms that increase management flexibility based on science, ensure greater government transparency, promote responsible fishing and prevent overfishing, improve fish data collection, and provide predictability and certainty for American jobs and local communities whose economic livelihoods depend on fishing.”


Specific sections that remain in the bill:

Yesterday Manahawkin: Why are these Stafford police officers smiling??????????????? A Scottish fishing leader has said a proposed blanket ban on driftnets is another example of the kind of “nonsense” rules from Brussels that have led to UK voters backing the anti-Europe UK Independence Party (Ukip).

Iain MacSween, chief executive of the Scottish Fishermen’s Organisation (SFO), added: “The result of the EU parliamentary election shows that quite a lot of people do not think very highly of the way we are currently being governed.

“Brussels controls our fisheries and despite many of the policies that have been adopted being completely wrong it will not alter its chosen course.”

Writing in his latest SFO newsletter, he said the recent proposal from the European Commission – led by European Union Fisheries Commissioner Maria Damanaki – to end all driftnet fishing in EU waters was typically ill-judged.

He added: “It is not just the driftnetting in the Med for swordfish and tuna, where huge nets are used and do catch other species, but all driftnets.

“So, the Clovelly (north Devon) herring fishing that produces 10 tonnes per annum will need to close as will the Thames Blackwater herring fishery.

“It is symptomatic of the nonsense that comes out of the commission.

“Banning driftnetting in these fisheries, or even the Cromarty Firth or the Sound of Scalpay, is going to achieve nothing.

“Not one dolphin, shark or turtle will be saved but this is the approach that the commission takes time and time again. Given that a lot of the 28 (EU) member states do not actually care about driftnetting, the chances are they will get away with it.”

Driftnets are fishing nets that can drift and operate close to or at the sea surface.

They were commonly used in Scotland about 100 years ago and Mr MacSween said this country’s fishing industry would have been “virtually abolished” if the EU had existed then.

He added: “Increasingly, it seems that the industry is being told to do things by external parties that on examination make no sense.”

Fishermen, scientists and even many conservationists have reacted furiously to the blanket driftnet ban, which Mrs Damanaki said was needed to stop the destruction of marine habitats and protect both wildlife and fisheries.