At the NJMFC meeting on 4/3/14 the council voted unanimously in favor of the following regulations for fluke and sea bass.

Additionally a presentation about a special pilot program that would allow 2 fluke at 16" to be kept by shore based anglers at Island Beach State Park was made. This program could possibly be expanded further next year. JCAA, NJBBA and NJSFSC all supported the concept but also requested that it be expanded to include a couple other areas particularly in southern New Jersey this year as well.

The channel through Oregon Inlet has apparently filled in with sand again just to the east of the main navigation span of Bonner Bridge.

Etheridge Seafood Co. President Mike Vrablic told the Voice that water levels are down to less than four feet in parts of the channel.

Multiple sources said at least two private vessels ran aground briefly Thursday, and one small commercial fishing boat collided with a bridge support while trying to navigate outside the main navigation span.

A number of commercial fisherman went offshore shortly after the weather broke this week, but Vrablic said his company’s large trawlers will now be forced to head to docks in Hampton, Va. to unload their catch.

The channel has been subject to rapid shoaling as the southern tip of Bodie Island Spit tries to expand into the inlet.

Numerous dredging operations have been conducted to clear out the channel in recent years, including one in December by a pipeline dredge that had cleared the channel to depths of more than 14 feet. The job, financed by Hurricane Sandy relief money, cost $7 million, and was finished in December.

Vrablic said the Coast Guard had not closed the inlet to deeper draft vessels, or issued an alert to mariners as of Thursday.

The Coast Guard did not return a call from the Voice for comment on the situation.

NOAA and ASMFC Team Up to Help River Herring

More than 80 experts from Canada to Florida participated in the first technical working group meeting for river herring (i.e., blueback herring and alewife) on March 27.  NOAA Fisheries and the Atlantic States Marine Fisheries Commission organized this meeting to kick off a strategic effort to advance the restoration of river herring throughout its Atlantic coastal range.  NOAA Fisheries also announced that it is making available additional funds to support independent research projects to help fill in data gaps to learn more about these species.

NOAA Fisheries already provided the Commission with $95,000 in research funds.  We now plan to supplement this with up to $100,000 in additional monies this year. We are working with the Commission on final details to identify research priorities.  Then, we will solicit proposals for research projects to address these priorities through an open and competitive process.

Alewife and blueback herring populations, which use rivers all along the eastern seaboard of North America, have experienced significant declines.  This is due to overfishing in the late 1800s through the 1960s, habitat loss and other factors.  As a result, we consider river herring to be a “Species of Concern."

“Today, we’re seeing higher returns of river herring on some rivers,” said Kimberly Damon-Randall, supervisory fishery biologist, Greater Atlantic Regional Fisheries Office, NOAA Fisheries.  “But we need to know more.  We need to know how these returns relate to the overall health of blueback herring and alewife populations throughout their full range."

Better understanding of what’s going on with river herring is important for ecological, social and economic reasons.  They play a key role in the marine food web and are prey for popular commercial and recreational fish like striped bass and cod.  They also bring nutrients from the marine environment into the freshwater reaches that they use for spawning which is a critical ecological role.  They have supported one of the oldest fisheries in the United States and have an important cultural significance to coastal communities and Tribal Nations in the U.S. and Canada. What we hope to learn?

“We have assembled a diverse group of participants and taken a unique organizational approach to develop this plan,” said Toni Kerns, Atlantic States Marine Fisheries Commission. “We’ve formed a coordinating body that will oversee the work of several subgroups made up of experts from different disciplines.  These subgroups will tackle questions ranging from fisheries impacts, habitat needs/loss, to the effects of climate change on both species.”

Experts will try to quantify the impact of ongoing restoration and conservation efforts.  In particular, they will assess available data to determine whether recent reports of higher river counts along the coast represent sustained trends.  And, they they will review any new information produced from scientific studies (e.g., genetic analyses, ocean migration patterns, and climate change impacts) that are completed in the next three to five years.

We’ll use all of this information to develop the conservation plan.  When completed, this plan will help guide restoration efforts and inform future species’ status reviews and stock assessments. 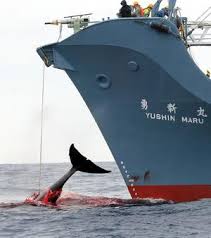 Japan is canceling its next Antarctic whaling hunt for the first time in more than 25 years, an official said Thursday, just days after the U.N. International Court of Justice ordered an end to the controversial practice.

“We have decided to cancel research whaling (in the Antarctic) for the fiscal year starting in April because of the recent ruling,” a fisheries agency official told reporters, adding that whaling programs in other regions would be unaffected.

“We plan to go ahead with research whaling in other areas as scheduled”, including the northern Pacific, the source said.

On Monday, the Hague-based ICJ issued a landmark ruling that found the Antarctic program was a commercial activity disguised as science, and said that Tokyo must revoke existing whaling licenses.

The case was brought to the ICJ in 2010 by Australia, backed by New Zealand, in a bid to end the annual Southern Ocean hunt.

Tokyo had made use of a legal loophole in the 1986 ban on commercial whaling that allowed it to continue slaughtering the mammals, purportedly for the purpose of gathering scientific data.

However, the government has never made a secret of the fact that the whale meat from these hunts can end on dining tables.

Japan also has a coastal whaling program that is not covered by the ban.

The next Antarctic hunt would have started in late 2014, while the most recent finished last month. 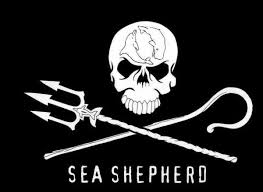