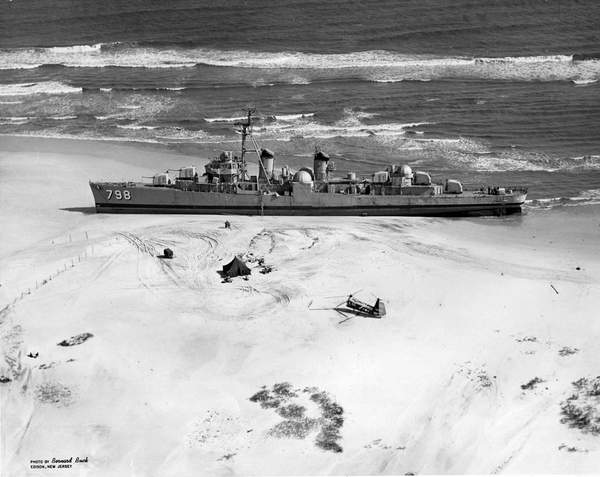 (Above: Holgate after March Storm.)

The latest changes in date for the start of the Island replenishment program is far more in-line with what I had both quietly heard and expected. It will start in April, beginning at the 106th Street jetty in Beach Haven Park and proceeding toward Holgate.

While that date might change again – as folks respond to work going on throughout spring and toward summer -- there is something to be said for having at least part of the sand pump in place for the upcoming hurricane season, though it’s always winter storms that statistically bring us the killer storms. Even Sandy had as many winter storm traits as the hurricane traits she brought into the overall storm system.

Working in support of that latest start date is the fact Great Lakes Dredging is now readying equipment for the April start. And it’s their ballgame. Part and parcel to their winning the contract is the company’s right to establish work dates to allow for the completion time.

Will the work ruin our spring bass fishing? Not when you consider the amount of LBI beach space that won’t be impacted by the work.

Yes, I’m irreversibly biased toward getting sand to the south end as quickly as possible. While that bias is based on the desperate need to get saving sands to the critically eroding Holgate wilderness area, I also have a soft spot for my first LBI haunts, Beach Haven. It’s easy to forget how chronically eroded the Queen City has been for a couple decades now. Despite the glory of the rest of LBI, Beach Haven is the center of LBI, in terms of a downtown. In fact, that stems from the 1800s when the Island’s initial tourist attraction came via the south end, with Tucker’s Island and water transportation from the mainland focusing on the Queen City as a tourist attraction.

But, back to my unwavering favoring of sand first for the Holgate wilderness area. I have said all along that even when the replenishment sand is finally in place, it could take as many as three years to heavily impact the erosion/washover zone in the wilderness area. However, simply having a wide sand stretch filling in the erosion zone -- from roughly 2,000 to 6,000 feet -- is not a recovery. I can’t see why the refuge would be opposed to eventually manually transplanting native vegetation to replace what has been allowed to die away. It’s not until vegetation is fully in-place that a wilderness area look and feel can be reestablished.

But I’m getting way ahead of the game. Much of the littoral drift is predicated on how much north windage – and stormage – occurs in winter. There’s no guessing at those contributing factors.

I want to make note that the Holgate phase of pumping project will go to the very border of the refuge, meaning all the way down to where the “submerged jetty” rocks often shows. At first, it was only going to Wooden Jetty, the jetty at the lookout just past the parking area. That extra 50 yards, south of the Wooden Jetty, means the first southward littoral drifting of sand will quickly move toward the high erosion zone. However, summer’s south winds won’t lend itself to rapidly impacting the eroded wilderness area by the time the state’s beaches, adjacent to the refuge, are reopened to the public on August 31.

I’ve already gotten some emails asking about beach activities during the spring (into summer) replenishment. All I know is what I've seen close-up and personal when work was being down by this company in the past – here on LBI. Great Lakes has been almost remarkable in its speed in finishing one section and moving to the next. Just as astounding is its willingness to let folks immediately use the beach they just finished – and also letting folks up ahead use the beach right up until they have to begin work there. The company definitely seems highly beach-user friendly. The number one complaint – by a country mile – is how long a walk it is to the water after the work is done. Neither I, nor the company, can help there.

Addressing a more Jay Mannish angle, I always wonder what a massive project like this beach pump might loose from a beach treasure angle. Obviously, the screening they now do as the sand in being sucked up removes any larger clumps of stuff – like huge chunks of conglomerated piece of eight and gold doubloons -- but even the depositing of fun natural stuff, including sand dollars, should make for fun beachcombing after the newly deposited sand begins to get washed down by rains and tumbled by the surf.

Check out this raw video to see how beach activity and replen can go hand-in-hand: Harvey Cedars ... https://www.youtube.com/watch?v=0g90kG54r9E