Holgate, as it was most recently known, is no more. It is kinda grown over -- in the oddest of skeletal ways. The storm ate what beach was there -- and left the "new" beach ... an obstacle course with no recourse but for buggies except to turn around and hightail it outta there -- tailpipes between their legs. I hope nobody is deriving any pleasure out of seeing safe vehicular passage to the Rip getting cancelled out by this storm. The entire Holgate erosion thing, particularly the washing away of huge tracts of once-vegetated -- now barren -- refuge land, could surely open the legal books -- which clearly state that property lines on LBI are based on the mean high tide water mark. 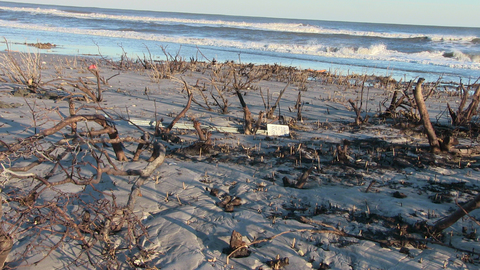 As of now, it sure seems that huge chunks of the Wilderness Area are legally reverting back to state ownership, based on tide history.

I do NOT want that. I kid you not; too many variables/vulnerabilities with either state or township ownership. Think back on the Holgate parcel on the Boulevard. It was washed over with Sandy sand and in the blink of a builder's eye, the township gladly entertained the notion of allowing a slew of new houses to be built there -- real quick, before the grass grew back. Imagine thinking we're gaining publicly accessible land and end up handing it over to the wolves of Wall Street -- to build their simultaneously bayfront/oceanfront homes.

There is yet another user-group that wouldn't mind seeing the Holgate far end split asunder: militant mariners, looking for a new and nearer inlet -- right about where the erosion is taking place.

As I note on Facebook, there is little if any chance of a new inlet opening in the washover zone. The set-up isn't right. Ironically, all those inlet-seekers will be getting from the ongoing sand washover is more sand and silt reaching bayside -- filling in the already shallowing channels. Better think it through, boys.

See this video to get a look at how wide-ranging the sand expense has become:

Why not rebuild the Holgate beachfront using the aggravating sand now clogging up the inlet and also becoming boating-unfriendly shoals? Tell me why not and we'll both know. The inlet channels, if giving up their sand, would then be highly navigable without threatening the "pristine"state of Little Egg Inlet -- the coastline's only remaining inlet free of jetties or breakwaters.

I'll also repeat that any sand pumped from either Little Egg Inlet or related shoals is mint material  -- absolutely identical to the current and famed LBI beach "sugar sand."

Such a sensible sand move would even be a win for nesting plover and other shorebirds. How so? The sand and shell washover area will remain immense, even wider than now, east to west. However, the extra sands will prevent the non-vegetated open areas from being powered over by every high astronomical tide that moseys by. It'll be a plover and shorebird paradise -- as the heavily-vegetated (and growing) south part of the Wilderness Area enlarges. 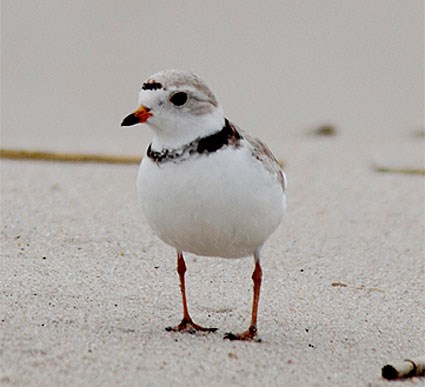 One last item: I no longer see salvation from the Beach Haven and Holgate beach replenishment -- whenever in the hell they happen. The need is now too great to expect slow-but-sure littoral drift to mend the gaping wound in the Wilderness Area.

Enough pontificating on my part. I'll be watching to see of the sands return to Holgate.

SNOW DEAD; OWL LIVES: As I moved toward the far south end today (on foot), I saw something roundish and white on the sand up ahead. I had this dagger’s worth of dread dig into my spine. It sure as hell looked like a very-deceased snowy owl. Holy, crap! How would I gently break that to the sensitive souls on Facebook and thereabouts? I even pondered just burying it and energetically tell folks, “Damn storm chased off our beloved snowy owl. He’s probably back up north happily eating lemming by now.” My dead-owl dread melted away when I moved closer – squinting as to not be over-traumatized myself – and realized it was a defiant blotch of snowfall. In fact,  the further south I went, the more snow jumped out of the dune-scape -- cottony testimony to the fact there had been no washover of the ocean down here.

Furthermore, the entire south tip was a brand spankin’ new sand field. It showed a continuation of the sand gain toward the Rip -- as the rest of Holgate lost same.

A technical reason for the sand stacking thereabouts was the effect of the nearby inlet, which caused a rapid deceleration of the sand-loaded north-to-south storm currents. The water as dropping its load, at least part of it. Any sand that was dragged currented further out, headed out to shoals outside Beach haven Inlet or turned into the inlet to build future headaches for mariners already half-crazy over all the shallowing channels near the inlet. Wait until the storm from this blow settles into the inlet area. As to other wildlife, I saw where the recently arrived otters were out and running about after the blow. There is also a couple adult foxes and at least one youngster fox pussyfooting around. 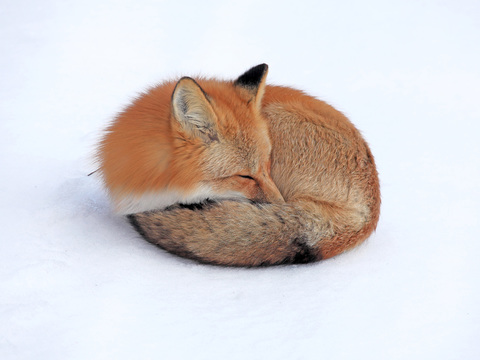 Wonderful photos of the area and it's inhabitants.

Thank you for the update Jay. Very distressing videos.

Channel 6 had a crew in Holgate today. Dunes looked battered.

Holgate had no dunes. That's the big issue: Why Great Lakes Dredging pulled out with Holgate dune-less (in winter) and also why were Beach Haven and Holgate -- the sand-neediest areas of LBI -- placed so late in the post-Sandy replenishment process.

Why don't you contact Great Lakes and inquire?  They left because, my guess is , Margate received a favorable decision in their easement case which affected the whole coast. Enough of this bs. They upped and left.

I consider Holgate anywhere past the bend in the road.

I talked only with folks who deal with Great Lakes -- and they got me suspicious about the company's motive for first asking for an extension. It was not even remotely based on easements. Truth be told, even the township is F-You-ing both Loveladies and North Beach. They don't even enter into the Holgate and BH replen. However, Surf City is pissed as all get-out over the North Beach hang-up since that segment of the replen includes the north part of Surf City.