Anyway, that warm-up is… Continue

Monday, December 28, 2009:
Canada is sending a frigid greeting southward in the form of a so-called Continental Polar air mass, shortened to C-P Air, since it’s so cold you can’t get out big words like “continental” without frostbite setting in. I know some folks were out there today trying for schoolies. I saw the rods being hauled about on buggies, however, no word on any striper successes. And effort for the rest of the week should include a couple layers of thermal… Continue

Kinda lousy out there. Too bad, since many anglers are down for the weekend and wanting to wet a line, possibly for the last time in 2009. Tomorrow might be decent.

There was an article in the Press of AC about the fisherman registry/census. It was a nice rundown of what’s what.

I’d like to make it doubly clear that either the feds or NJ itself can handle the registry thing for the Garden State. If DC does it, they… Continue

No fishing reports so I’ll just blog away the day.

A heartfelt Merry Christmas to all. Now, to move on and make the very most of 2010. I never used to believe in New Year’s resolutions but the older I get the more they take on life merit. This coming year I’m going wet and wild. I’m vowing to drink more water, as in loads of it. Go… Continue

Just stopping in here to say “Hey” and wonder out loud if anyone at all has taken to boat or the water’s edge to fish?

I did see one crazed chap night fishing off the bridge near Hochstrasser’s. He was leaning so far over I was worried he was thinking about jumping in after whatever it was he was so intently targeting. I had an urge to beep just to say “hey” but I know from personal experience that sudden horn sounds from zipping-by vehicles… Continue 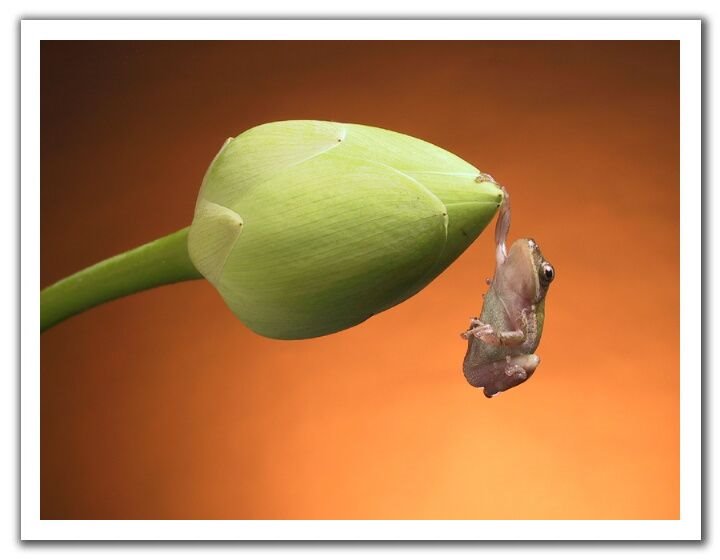 Hang in there -- Days begin getting longer later this week. Monday, December 21, 2009: Not a half bad day – if you just sidestep the three-foot snow drifts. Did any of you catch Sunday’s “Hooked” series on cable? It had a segment based on Montauk angler, Paul Melnyk, who routinely dons a full wetsuit (with hoodie) and kicks out (Churchill fins – the same we use for bodyboarding) into deeper water with rod and reel. He targets stripers on their home… Continue 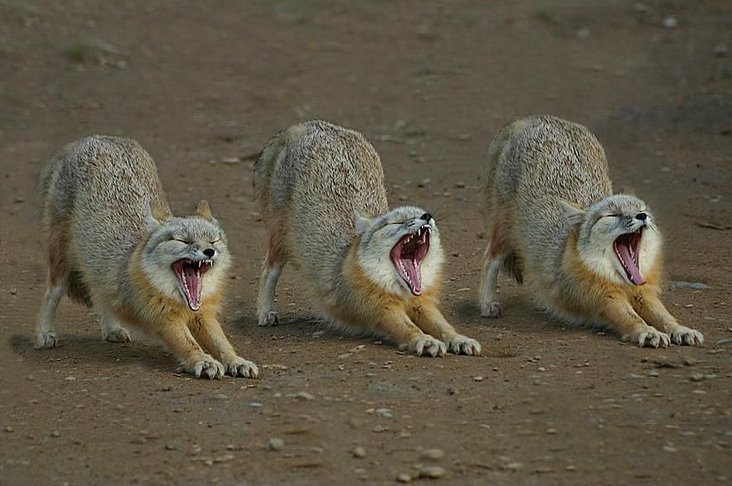 Sunday, December 20, 2009: If you so much as idly hummed “I’m Dreaming of a White Christmas,” you’re among those to blame for that storm. We got between 20 and 22 inches here on LBI, some of highest amounts in the state and only slightly below the Island’s modern record of 24 inches. I’ll bet anything there were some big storms during those thousands of years before white man came along. Anyway, to get that LBI average snowfall measurement, I took… Continue

Late-day snow report: The snow keeps coming, though at a slower rate of accumulation throughout the afternoon then picking up right after dark. It looks like we’ll top 20 inches – possibly by a long shot. I saw no rain despite reports of same. Still, it looks like more flakes until midnight or even a bit later, per the Weather Service.

The oddest thing of the day is how many people have gone out -- and regretted it. I had the scanner on all day and the number of vehicles off the road… Continue 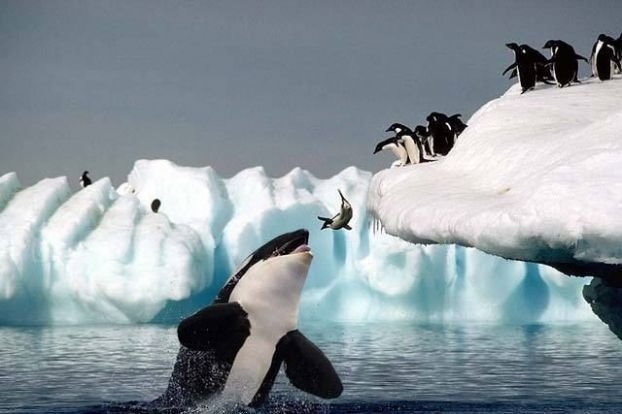 ABOVE: Timing is everything. The timing here is either excellent (for the killer whale) or fatallly bad (penguin) Friday, December 18, 2009: Well, that low down in the Gulf did, in fact, decide to make a move. We’re now looking at trouble in the whitest form. Sorry, I’m no longer a snow worshipper, even though I once was a veritable snow worshiper back in school days when it meant time off. The storm heading our way is doing the one thing I didn’t… Continue 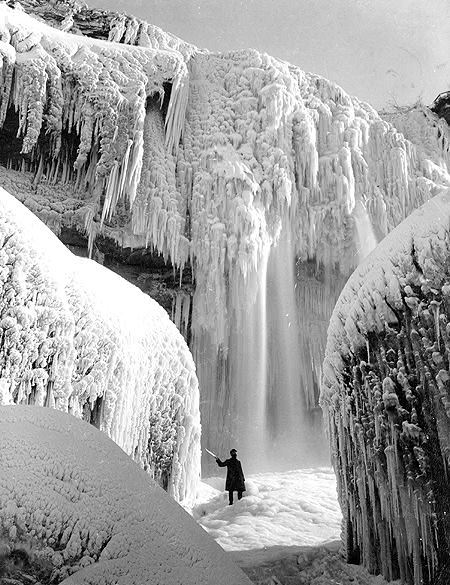 In case you think it’s cold out there now, the above photo is Niagara Falls! Long time ago. Now, that’s cold, man. Thursday, December 17, 2009: Well, it’s mid-December so I guess there shouldn’t be a shock that it’s colder than a witch’s appendages out there. Still, I had to take my truck in for new tires and did the 10 block walk home with tears in my eyes. No, I didn’t miss my old tires, the steady west wind was attacking my tear ducts. However,… Continue

(NOTE: As I zip my columns out to this website -- ahead of it even going into The SandPaper -- it is a rough draft with typos and such. I apologize for the pre-editing mistakes but I figure you'd rather see things first andf foremost.)

I’m soon on vacation, zipping off to far-away places -- possibly as far south as Tuckerton and northward to where Japanese tourist flock to get the ultimate view of the aurora borealis… Continue 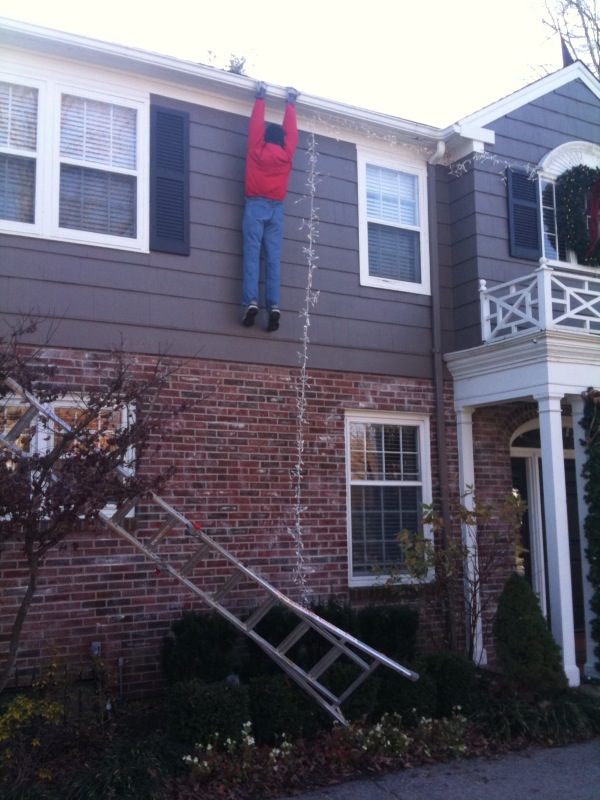 It took me a second or two to grasp the above photo. You may want to ponder it a second or two. It’s in reality a hilarious Christmas display – one the local police politely requested be taken down, after the officers made a panic stop and rushed to the decoration’s aid. Sunday, December 13, 2009: Waves: Building 3-4 foot south swell. Prior to the spit and soak we have today, yesterday had a goodly flow of anglers unmoved by wind-chills and inclined… Continue

Friday, December 11, 2009: West winds have hosted easily the coldest weather of the season. However, things are going to mild up quite a bit in coming days. In fact, it’ll seem so much milder after …

West winds have hosted easily the coldest weather of the season. However, things are going to mild up quite a bit in coming days. In fact, it’ll seem so much milder after today’s wind chills. This all points to very good fishing potential for the weekend. The schoolies are in session so think in terms of lighter gears and more artificials, though clams – and chunks to a lesser degree -- always work to bring in the keepers.

The blowout tides are… Continue

As things return to posy-Classic mellowness, a read on the fall has to be a great one – so many stripers of 25 pounds and up. However, it might also be called the fall that artificials faltered. It’s almost a stunner how plugs and such failed to garner even a glance from bass, even though nearby anglers were banging the bejeezus out of them using spot, snag-and-drop or everyday bunker chunks. Clams were going OK but… Continue

Stripers Still in the House;
Red Snapper Crisis Hits Home
As the SandPaper winds down for 2009, this column finds itself angling-heavy and backwoods-ish.
As for the fishing of late, there are still bass and blues out there, though that frozen weather of Saturday night will lead to a very cold melt-based runoff, which could (note only “could”) clear all the bass out of the bay. And there are still a ton of stripers in there, even as far back as Manahawkin Bay. Pity any winter… Continue

You must register if you*

You do not have to register if… Continue You don't need to fish to get skunked ... Monday, December 07, 2009: There are still bass and blues out there, though that frozen weather of Saturday night will lead to a very cold melt-based runoff, which could (note only “could”) clear all the bass out of the bay. And there are still a ton of stripers in there, even as far back as Manahawkin Bay. Pity any winter flounder that try to come in from the deep to overwinter in the bay. Dead meat,… Continue

Saturday, December 05, 2009: Very snotty out there with nasty north winds and brisk temps this a.m. Still, the Ship Bottom Christmas parade was held so I had to dedicate the day to helping to MC tha…

Very snotty out there with nasty north winds and brisk temps this a.m. Still, the Ship Bottom Christmas parade was held so I had to dedicate the day to helping to MC that annual down-the-Boulevard event. It was smaller than usual but pretty good overall. The video will be on Comcast soon.

In the meantime, anglers tapped the last days of the Classic in a big way. Today: Rick Bergman took a 29-11. Scott Simpson caught a 32-4 in Brant Beach. And,… Continue

Thursday, December 03, 2009: Waves: Large and receding. Water clarity: Soiled but hopefully settling fast. That was a helluva a blow last night. That’s saying a lot considering we have already had en…

Thursday, December 03, 2009: Waves: Large and receding. Water clarity: Soiled but hopefully settling fast.
That was a helluva a blow last night. That’s saying a lot considering we have already had enough kick-ass storms for an entire winter and winter hasn’t started yet. I’m thinking gusts to 45 mph.
Many folks are hoping the wicked overnighter – gorgeous out there today – didn’t blow away one of the best early December bites in many years. Bass and blues – in equal numbers – were… Continue

FUGU SANS SAYONARA: The death thrill of eating raw fugu/pufferfish is dying faster than someone who just ate a bad piece of same.
A Japanese aquaculture company has raised 50,000 fugu that are non-aggressive, toxicologically speaking. Farmed away is the species’ naturally occurring, death-dealing anhydrotetrodotoxin 4-epitetrodotoxin. Where it went is a trade secret.
In nature, the fugu fish sports toxins so lethal it can scare the crap out of cyanide. All the fish’s killer juices are… Continue