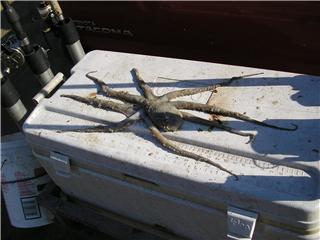 Towering Dumbness and a Ghostie Coastie

TOPPLED TOWER TALK: There were some boat anglers miffed by the teardown of the once-communication tower at the Rutgers University Marine Field Station (RUMFS) on Old Coast Guard Station Island. They wondered why no public comment was taken since it is state land.
Well, actually, it’s university land, albeit a state university. Besides, the takedown was a no-brainer.…

Sunday (no funday) Nov. 18 -- yucked out and the fishing club ghost

When it comes to weather along… 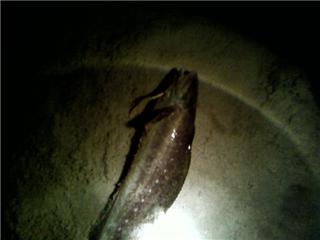 The weather is rearing up so the weekend must be coming. The problem is mainly winds – a bit of spit-age -- but boy are the gusts gonna rock and roll, maybe pushing 40 mph—and not settling much below 20 through Monday. Sorry, boat anglers. Surfcasting will be tolerable…

There were some serious bass caught today. I got half a dozen reports of surf stripers to 38 pounds., with three over 20 pounds. I don’t know of these were Classic fish or not but it is one of the better showings of cows since the Classic began five and… I have as few reports, most slow to dismal.

One success was Stu D.’s…

If you weren’t expecting much today, you were probably fulfilled. It was slow like all get-out mainly because of remaining swells and a low fishing pressure. That said, there were some…

Oh, it could have…