Below: To all you soccer dads ... You still got it.

Every dad is a constant hero ...

Sunday, June 19, 2016: Here’s to great Father’s Day. The weather is doing its part. The beach is classic, though the mainland is a tad too toasty.

Below: Greg Kopenhaver Sea bassing with my Dad today. Happy Father's Day to all the Dads out there!! Winds were light SW this a.m. and many a dad got in some fine fishing prior to any family activities in his honor.  As of midday, it looks like the sea breezes are picking up but not nearly as hard as yesterday, though they could kick up late in the day.

"Hey, I'll bet you guys can't do this with your wings." 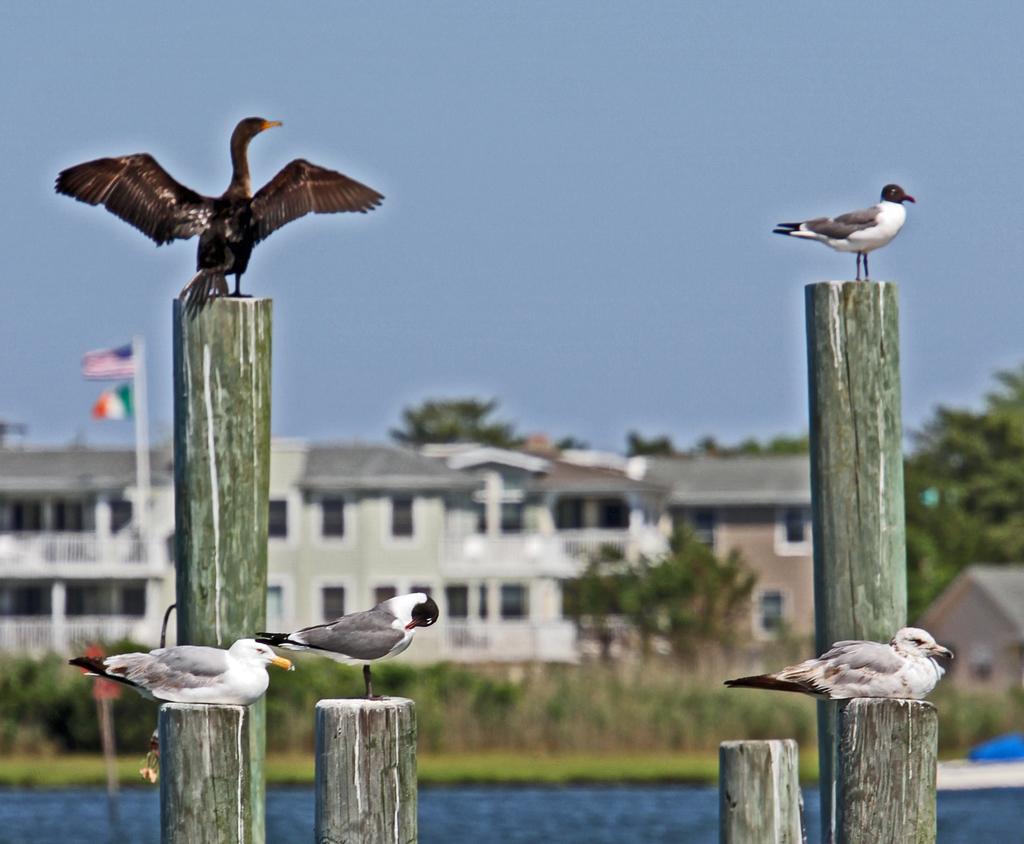 Water temps are trying to inch up. I see one 68-degree reading in the surf. As is common this time of year, one beach can be warmer than another. That’s often based on wave action and the related near-in upwelling. The more the water is churned, the more of the cooler deeper down water gets bounced upward. I’ve had many a surfing day where I’d paddle out through icy roughed-up water and once past the wave line be sitting in water as much as 15 degrees warmer. That’s the nearshore upwelling influence. The surf is still a solid four feet; a medium-period ground swell out of the east. Those are distant swells egged along via the effects of an arriving full-moon. Yesterday, the rip currents went crazy, though chilly water kept folks in close anyway.  It was a quick jump-in for guards coming on for their first day of the season.

Fishing-wise, fluking remains spotty – but, if you’re on that spot, flattie hooking has been moderate. Per usual, loads of too-small hookups. Surfcasting for fluke is tough with the swell, though a lot of jiggers are giving it a go.

MEAN HIGH WATER TEST: I got led to a very presumptive bayside property owner in High Bar Harbor. He has gotten downright militant about anyone edging onto his beach … even wet-sand land that isn’t legally his.

I was first alerted to the overdone/overbearing signage he has thrown up. I checked it out and it is surely overkill, i.e. an eyesore. Check it out below, especially the lower pic. That "private beach" sign is way below mean high tide line. 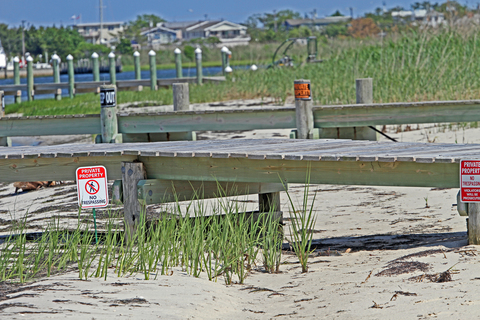 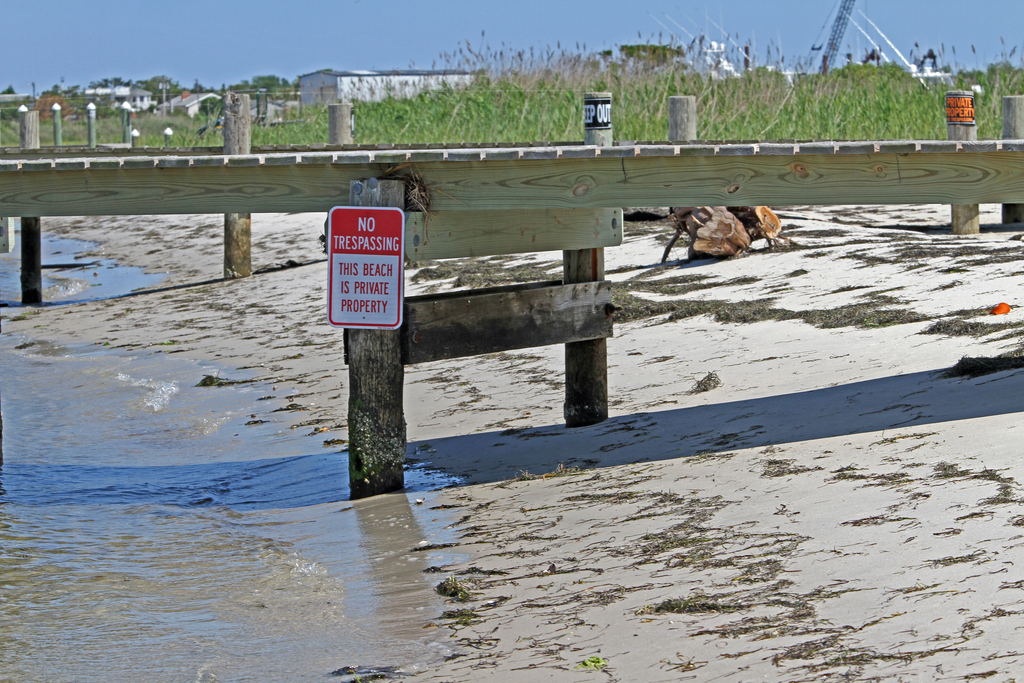 This might seem a highly localized issue but the state Constitution's "mean high tide" ownership line is something that can't be ignored at any level, lest anyone wanting to deprive citizens of bayside access -- or even beachfront access, as in Holgate -- can step in and step on the state's most abiding legal document.

The land in question abuts state park land, which is fully accessible to the public.

Keeping the public at bay in Hugh Bar is contrary to an ongoing effort by the state to assure the public can reach and utilize the state-owned land below mean high water. Yes, there is a load of land in that park area, however, that still doesn't give anyone the right to keep the likes of seiners and topographers from using the publicly-owned wet sand area below the mean high tide line.

If there is some legal quirk that allows special right-of-access refusal on High Bar Harbor, I'd like to know about it. And it matters.

Check out this NJ sand tiger shake and released by Andrew DiMatteo. There's a species I'm just fine with. The possess the most impressive set of teeth in the shark realm but wouldn't bite humans even if they called it names. I'll catch hell for saying this but that's one species I'd love to tap for its jaws. No, I wouldn't kill one but if I found one washed ashore, dead naturally, those choppers would be coming home with me. 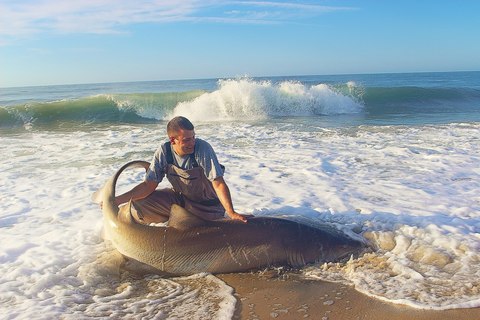 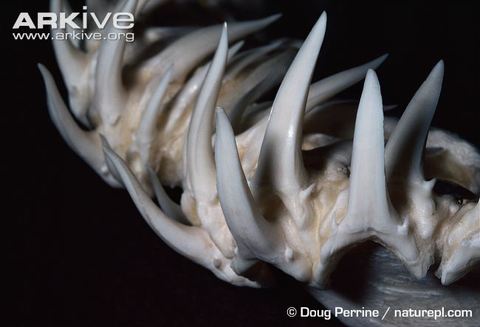 First keeper fluke of the season...back to fishing....and happy Father's Day to all