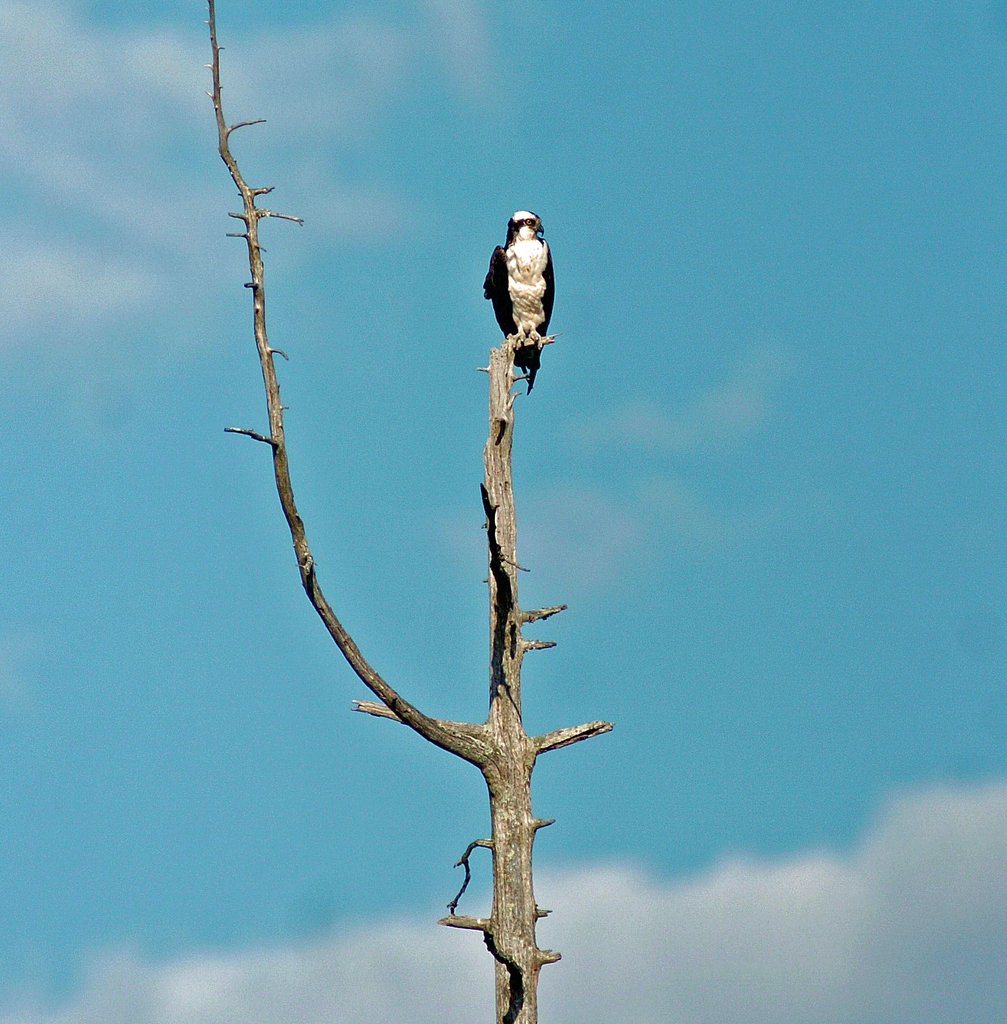 MANIC TICK TIMES: It was with subtle fanfare and outdoorsman panache that I celebrated a harbinger of spring by pulling the first tick of the season out of my skin. I then firmly squeezed it between my thumb and forefinger, while raising it toward the skies in a private toast to spring. I came that close to shedding a tear. I then crushed the ever-lovin’ s*** out of that bloodsucking SOB.

I can’t pull out a burrowed tick without thinking about Joe, a fellow outdoorsman who has a psychotic problem with ticks. He doesn’t fear ticks, he simply despises them to the point of incurable lunacy. None of us can figure how such a small life form can send this 3XL sportsman into spasms. But, let him find even a freckle-sized tick crawling on him and you’d think he was just shot with a Taser. He’ll be the first to admit this. In fact, he’d admit anything if you threatened him with a tick.

Get this: During casual treks in the outback, we’d loose the ghost ticks. It went something like this:

The results were identical, predictable and precise, regardless of how often we’d repeat this same prank. Joe would let out 3X screams that still ring in the ears of many a woodland creature. Any nearby Big Foots likely haven’t stopped running to this day.

For us, the most hilarious part was when the big guy would literally rip off his jacket and shirt and Tee. Zippers would split and buttons would go flying. He looked like a Chippendale dancer on Hell’s Angels amphetamine. But he wasn’t done. He would then stomp the clothing until every fiber gave up the ghost. When he’d examine the crushed clothing and couldn’t find even a tick leg remaining, we’d chime in, “Ya musta crushed them buggers into dust, dude.”

It was, indeed, cruel to do this to poor Joe. But, he kinda got even in one explosive instance.

Once at a barbecue, Joe found a plumped tick embedded on his calf. In front of everyone, he screamed bloody murder until his nurse wife pulled it out. Then, he did something that forever proved Joe’s thing about ticks was rooted in sheer insanity. He grabbed the engorged tick from his wife, grabbed some Scotch tape, ran outside, taped the tick to a thick piece of plywood, grabbed his 12-gauge shotgun and blasted a tennis ball-sized hole in the plywood. We all just stared in bug-eyed disbelief, as the plywood tottered for a humanish instant before falling forward. We then began backing away. Was this the tick that had finally pushed Joe over the edge? I suddenly regretted all the times we pranked him. But as Joe slowly turned around toward us, he harbored as contented a smile as I had ever seen on his face. He was a man who, at least momentarily, had exorcised a demon – or, more accurately, blew it to hell and back.

If Joe is reading this column, from many time zones away, I just want to let him know that I have met others folks equally psychotic over ticks. Sure it’s weird, but I have no room to talk. I got this thing about little people. The big difference is I’m totally justified in recognizing that little people are fully capable of reading my thoughts, while easily fostering enough supernatural power to change me into a rutabaga.

BASS BE BACK: The stripers are stirring, with a goodly showing at Graveling Point and even up river a short ways. I’ve only talked firsthand with one Pointer and he hadn’t done so well, but relayed stories of some double-hot hooking just before he had gotten there. Imagine just missing the bite? If I tied together all the times that has happened to me, they’d wrap around the planet – right next to all those discarded plastic bottles.

Facebook has also clearly indicated some harried bites on the river, including some double-figure reel-ins. All the bass have been mighty small but who’s counting.

MULLICA BASS MATING?: While there has long been debate as to whether or not stripers spawn in Mullica River, I have to run with big-name experts, like Rutgers’ Thomas Grothues and Kenneth Able.

In a 2009 paper titled, “Migration Patterns of Striped Bass through Nonnatal Estuaries of the U.S. Atlantic Coast,” Grothues and Able teamed with Jacque Carter and Timothy Arienti of New England University to co-author this fully fascinating (for me) read on how stripers visit the Mullica River and Saco River, Maine. In the paper’s introduction, the authors acknowledge that some bass do, indeed, make upriver runs in spring. However, they surmise, “The absence of eggs, larvae, or juvenile stage striped bass or suitable spawning grounds indicate (any striped bass) are members of migrant contingents originating elsewhere.”

Findings indicate that neither river will ever have the essential components needed for spawning – thus the classification of “nonnatal” for the waters of both waterways.

I did find one discrepancy. It is written, “Individual (bass) presence in both systems ranged from hours to many months from spring through fall but seldom during the winter.” There is strong anecdotal data by ice fishermen, myself included, that smaller bass often overwinter, en mass, within the Collins Cove area of the Mullica.

It should also be scientifically noted that the famed deep hole in Collins Cove is actually manmade, dating to the building of the nearby Garden State Parkway – and the utilization of fill from the river. Bass always seem to find deeper water during the winter. That could be something of an artificial attraction for overwinter stripers.

But enough on the science side, I want to climb upon a limb by suggesting we might be in for a blistering bassing spring, providing you’re A-Ok with small fish galore – and occasional keepers. After that suckacious winter, just hooking any bass should be a windfall.

I got off to a surprise striper start, mid-LBI, using a smaller, white plastic shad. I was pretty much idly casting, just to wet a line, when an extremely perky, 22-inch striper went for my unseasonal offering. It was a fun hookup, highlighted by a passing group of partyish folks, who asked if they could have my bass for their nearby deck barbecue. Just for undersized kicks I said, “Sure.” But, didn’t that fish go and jump clean out of my hands and right back into the waters. I enjoy the hell outta doing s*** like that to clueless types. At the same time, I would love to see a 22- to 28-inch “eater” bass allowed in N.J., if only for surfcasters during April and May. It’s quite doable. Many fishing folks don’t realize that Pennsylvania allows the keeping of thought-to-be male bass between 22 and 26 inches to be taken in Delaware River waters – from the Calhoun/Trenton bridge, down to the Maryland state line. Cross the river to N.J. and it’s verboten.

FLUKE FORECAST: I want to pass on an early read by commercialites that there is a massive biomass of fluke already heading our way. I have no doubts about that. While I’m rarely on the anti-NMFS bandwagon, I know they’re misreading/miscomputing the number of summer flounder in the sea. Reality doesn’t much matter in this instance. For 2014, we’re being held to five fluke per day, an 18-inch minimum length, and a season running from May 23 to Sept. 27.

There is chatter about a pilot program that would allow Island Beach State Park surfcasters to keep two fluke with a 16-inch minimum length. Such a program might, eventually, trickle down to LBI surfcasters. Pondering out loud, wouldn’t the less heavily fished southern suds of LBI be a better starting point, instead of the harried hooking scene up north, on IBSP? Time to break out those old, “The south will rise again!” banners. With a rebel yell, we cried, “More, more, more” – fluke.

FB PHILOSOPHIZING: If it’s true “That which does not kill us, makes us stronger,” I should now be able to easily bench-press a full-sized Chevy pickup truck. 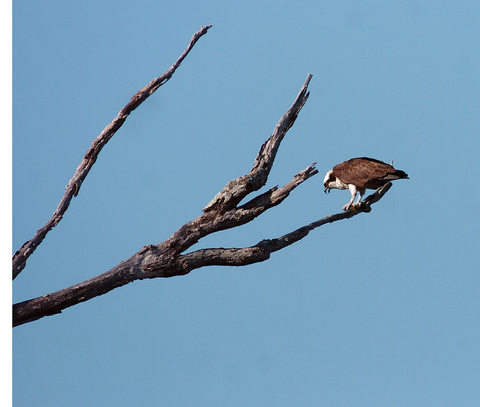