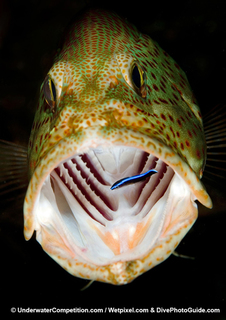 Wednesday, September 09, 2015: Mullet run is more of a crawl. Per usual, the first schools are jumbos; a dozen fully fill a quart-bag zip-lock. Nonstop river of small spearing, flush against the beachline.

The water where I was throwing was 77.4 degrees.

I did some net casts into holes and got loads of small pompano. See http://www.youtube.com/watch?v=7-z3ZN0JnKU&feature=youtu.be.

Pomps aren’t the only tropical showing today. Saw a nice banded rudderfish caught at the Rip in Holgates. I also took a couple yellowtails in the net.

DRUMMIN' UP DRUM: Likely the most interesting angle news for LBI’ers was the two 30-inch-plus red drum caught by the Sullivans. They were using green GULP and minnies … meant for fluke. The fun part for these tireless hubbie/wife anlgers was bringing in the drum on very light gear. One took 25 minutes to land. As to targeting red drum in NJ, I haven’t a clue, short of the way these two were caught, on the bottom and falling for GULP. Oh, I might mention that the Sullivans are in some other dimension when it comes to patience and putting in time at a ton of places. I say that only because you can’t zip out and expect to quickly bag redfish.

Otherwise, the fishing was not keeping up with the weather. It was just plain hot and sultry out there today. For mainlanders who longed for cool LBI breezes, there was no coolness blowin’ in those winds, even though it was blowing off the ocean, out of the south.

I hear some schools around the state closed early due to the heat. Well, the end is near … and should come in with authority … and thunderboomers. We desperately need the rain but the arriving storm cells will be so localized that they’ll barely cool our parched earth conditions.

Be highly lighting-aware come to tomorrow afternoon. I'm reading some weather maps indicating the potential for savage storms. However, they're predicted to move through very quickly by the time they reach the coast. That can also be read as dimishing along the coastline. I'll take some sort of rain. Which lead into  ...

BUGGY ALERT: I don’t know that I’ve ever seen the sand in Holgate so soft and sinky. It's this rainless period that has the sand hungry for buggies. The first Holgate stretch right after you come on is just sucking in vehicles. The best I can advise is to go lower on psi and – most of all (!) -- stay in existing tracks. Virtually all bog-downs are when vehicles try to blaze a sand trail. What makes matters worse when bogged down outside established tracks is folks like myself can’t help pull you out via straps since there’s no nearby grip.

Hopefully some folks have learned to use come-alongs. From last year: http://www.youtube.com/watch?v=fPFuj-xSRG4 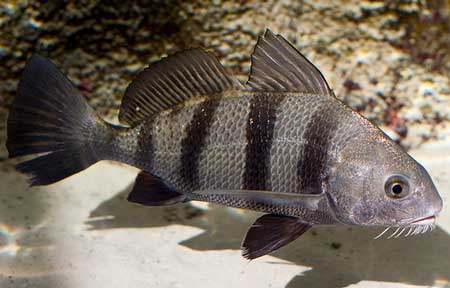 I’ve been reading more and more reports of the now insane black drum presence in the bay. Folks over in Beach Haven West are hooking them left and right. I even got the first “they’re getting in the way of other fish” from some folks chumming for blowfish, kingfish and weakies.

After that rash of reports of packed in croakers just off the beach (boats only), they’ve fallen off the radar. Not sure why.

I got a report of balled up spike weakfish off BH, oceanside. Fun hooking when things are otherwise slow.

Tails up I wanted to show you my Bass :))

That south wind seems to pick up every night, but I managed a few small stripers. It felt great to be out again!
You could walk on the bunker, but it seems like the mullet are still up in the creeks.

Nice night in the surf after being away cause of work and health issues.

Packed all the essentials, and covered my bases for my spots.

6 fish up to 22lbs, all on a loaded bone Redfin, Threw all the custom wood at em without a tap but savage hits on the Redfin. Love and hate that a $7 plastic plug out fishes some incredible custom plugs.

The weather is still dictating what I'm fishing for as reports of mullet are now on the beachfront and although I have not witnessed any of them yet -there are still a pick of short fluke and now stargazers hitting teasers and Bucktails the past couple steamy mornings in the surf. I can also tell you that there are still some really nice Fluke still way back in the backbays feeding as evidence of this late night 20"/ 3.5lber that hit my jig under the stars .