Wednesday, October 21, 2015: By request, I did the longish beach drive from North Beach to Holgate

Today: Looks like the Aids to Navigation folks are already out and buoying about. 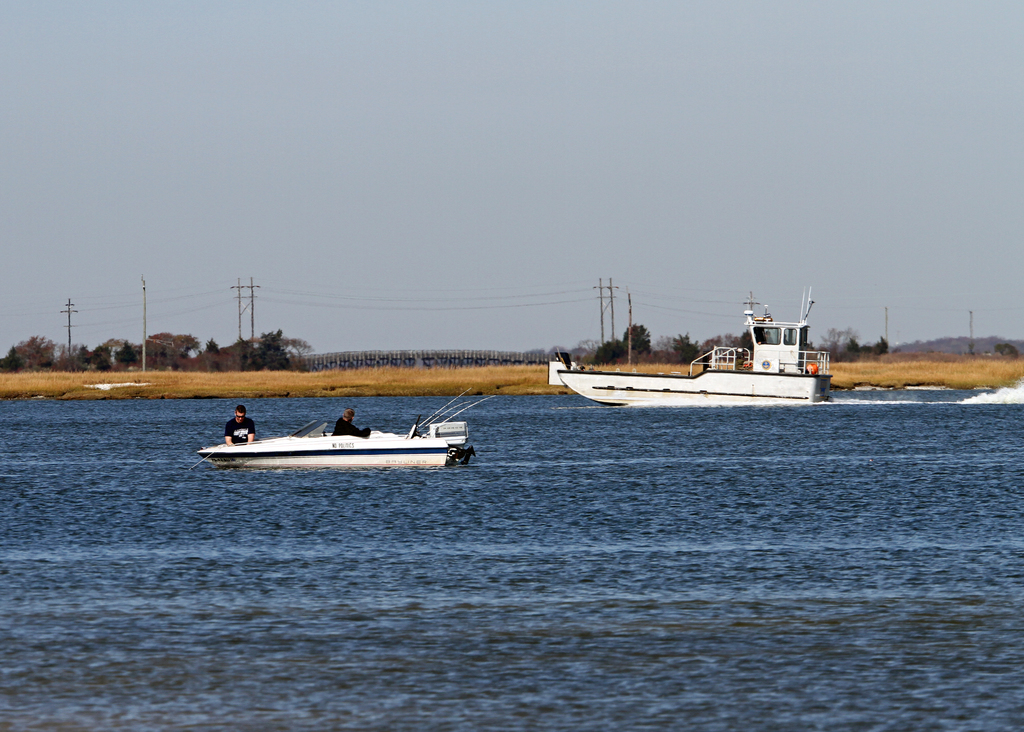 This website is great for anyone who loves the sea ... and seafood.

Each bar shows heat energy in the top half-mile of the ocean compared to the average from 1955-2006.

There is no way this isn't impacting our fishing ... as of today ... right now.

Wednesday, October 21, 2015: By request, I did the longish beach drive from North Beach to Holgate, just to check on the rideability.

The first phase, from NB to Brant Beach, was a breeze. Then there’s the current replen work area. I got off at 31st Street, drove the Blvd. down to Nebraska Ave, got back on there. And it was quickly quite weird. The new replen dunes – or maybe it’s the upper beach – is like a line of hills to the west of where you drive more toward the ocean. It’s a fairly easy drive down near water, though the sand is loose. I don’t know if it’s drivable atop the highlands.

Once past that odd area, it was normal beach driving through Spray Beach and most of Beach Haven. Then, just past Holyoke Avenue, in south Beach Haven, it’s impassable, due to erosion and beach work. The Holyoke exit is the last chance to get off. I got off there and went to Holgate without driving BH Inlet/Holgate front beach – between Osborne Ave. and the parking lot.

Holgate is an easy drive even at high tide. At the end I was a bit surprised to see Old Glory waving atop a dune, on the refuge. Then I found some sort of phosphorous canister. A type of industrial flare.

Here's what happened when a similar flare washed ashore in Alabama:

GULF SHORES, Alabama -- Military personnel added some extra heat to the beach late Wednesday morning with the explosion of a phosphorus flare.

A military explosive ordnance disposal team was called in by the U.S. Coast Guard to explode the flare, or marine location marker, after an individual found it near the Harbor House condominium along West Beach and contacted police, according to Orange Beach Deputy Fire Chief Keith Martin.

(UPDATE: At 8:09 p.m. Wednesday, Gulf Shores police tweeted that a second phosphorus flare was found and was safely detonated with explosive material shortly thereafter on the far west end of West Beach Boulevard.)

Flares, similar to the ones found Wednesday, can be used in search and rescue operations as signals, a target marker for military sea and air training or even as a surface wind indicator. Salt water triggers a chemical reaction with the phosphorus and they're designed to sink once deployed.

The ocean is cleaning up fairly quickly, though I passed many a surfcaster today and they weren't using the cleanest of language to describe the fishing.

Barnegat Bay is seeing a sudden rush of cocktail/tailor/tinker blues. They're a bit north now but it takes them about ten minutes to get to the bay waters off LBI.

The day bass bite is piss-po. There is upbeat chatter about the latest addition to the Classic night bass entries. Our own Greg Cudnik nabbed a 28/1 cow running 42 inches in length. It was a 4 a.m. hookup, meaning the night bite is the way to go. There will be more than a few of us out there. Tonight's my night to shine ... whadda ya think about that, kid? 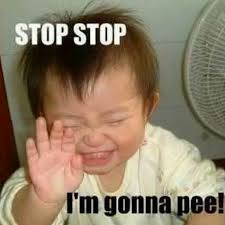 Forget you, tonight might be a perfect plugging time. We'll have a waxing quarter moon under very clear conditions. That touch of moon should add just a touch of light to the wake of surfaces plugs being retrieved ever so slowly --- or any speed you think is the magic pace. I vote for a crawl so slow the plug sways more than it waggles. One thing I can assure: black plugs rule the night. 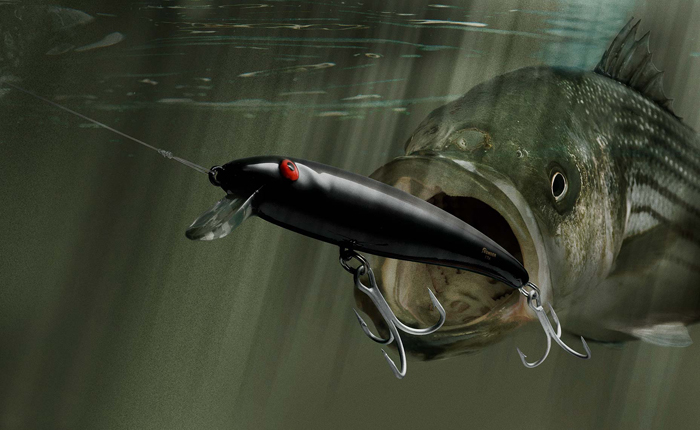 To experiment a bit: 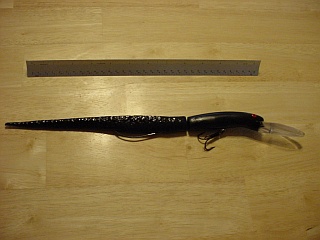 Below: Great LED headgear ... for fishing on colder nights. The beam isn't blinding but plenty enough to tie hooks and unhook huge bass.  Most of all, you don't get a headlamp headache, the way heavier, larger strap-based headlamps can offer in short order. Try to get them in our tackle shops but if they don't carry them Home Depot has a line of them. 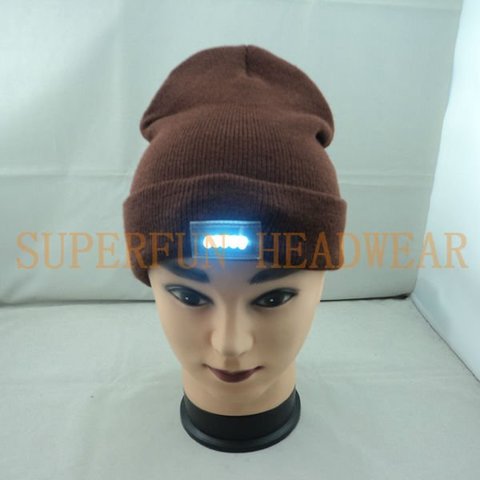 PowerCap LED Lighted Beanie Hats combine Patent Pending Ultra Bright LED technology with a Micro Fleece beanie style hat to provide you with the perfect hands free flashlight. The 4 LEDs provide more than 48 Lumens. When you click the easy on/off switch hidden in the band you'll notice that 2 of the LEDs are angled down at 50\ufffdto light up where your hands are for close up tasks while the other 2 LEDs are aimed forward to light the distance up to 42 ft. away. 4 CR2032 Coin Cell batteries... 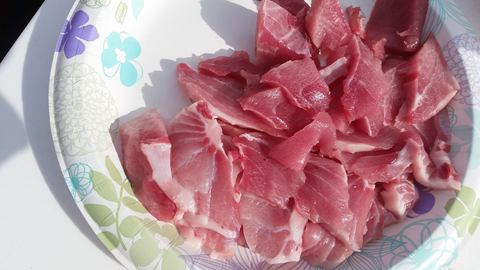 A commercial fisherman from Bristol has been cited by Massachusetts environmental police for illegally fishing in Mt. Hope Bay.
At about 2 a.m. Saturday, Oct. 17, Massachusetts Environmental police spotted the Jarrod Seth, a green dragger owned by fisherman Robert Morris, fishing with nets and mobile gear in the bay. With the assistance of Rhode Island DEM officers, Massachusetts authorities boarded the vessel. They determined that Capt. Morris had been targeting mantis shrimp, and that he was using mobile gear at night and was fishing in an inshore net area without an inshore net endorsement. In addition, police said he was in possession of summer flounder during a closed season, and was in possession of conch (whelk) without a shellfish endorsement. There was more than 300 pounds of mantis shrimp aboard, as well as squid, summer flounder, butterfish and whelk.
A Massachusetts State Police spokeswoman said Tuesday named the vessel but declined to identify Mr. Morris, as he had not yet been formally summonsed at that point. However, Mr. Morris acknowledged the boarding and seizure.
“I drifted over the (state) line,” he said Tuesday. “I’m allowed to drift over the line.”
The spokeswoman said that while seized catches are often donated to charity, the Jarrod Seth’s was sold