Did some Holgate and BH plugging this a.m. to totally no avail. The winds are straight off the ocean and oddly mild. The ocean is quite clean, despite the inshore flow. Winds have not been close to the predicted 30 mph – yet. The mainland is again pushing 80 degrees.

Looks iffy out there until Friday, then (finally) we could see a long stretch of highly fishable weather conditions. Long-period groundswells could be an obvious concern.

The big bass are out there. See diving shot down below. TV note: Tonight is the SyFy’s “Ghost Hunters” episode featuring Barnegat’s Elizabeth V. Edwards School, Rte. 9.  See http://www.syfy.com/ghosthunters for a preview -- or just tune into tonight at 9 pm. I’m not sure Barnegat will be on the show’s first segment (9 to 9:30) or the second (9:30 to 10). Coolly, I might be able to do a ghost-about in there this winter.

Do I believe in that stuff? Believe is way too strong a word. Curious fits the bill; open-minded curiosity is closer still – until it’s proven that the movie “Ghostbusters” is a documentary. 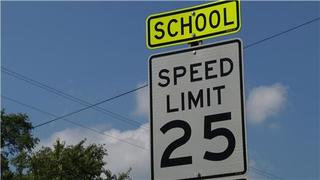 Motorist alert: Many an angler is heading to the south end of the Island -- and passing through Beach Haven on the way. Please remember to slow for the borough’s school zone. It’s easy to overlook, despite loads of signage. Yes, there have been officers sitting and watching the Go-Slow zone but most importantly it’s slow for a good reason: kids. I always slow down and just as often have drivers zip past me -- at way beyond school zone speeds. That’s a nasty ticket to be sure. Don’t find out. The captain and I raising a couple fattys this past weekend.
Adam Sherer 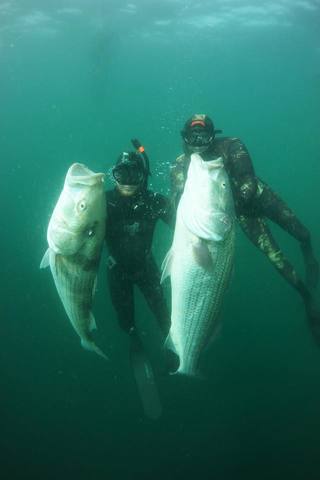 KEY INFO: I might very well be the only owner a newer vehicle who didn’t know the costly truth about modern keys – key’s with a chip on their shoulders. Last week, I cluelessly walked into Home Depot to have an extra key made for my Chevy Silverado. I got clued in that mine was no ordinary key request. I was told, almost warned, that I’d have to come back during some very specific hours – shown in red on an “Hours” chart. That was when a certified locksmith would be on premises. That was also when I learned that my key – and likely yours – has a computer chip in it; one that must play nice with the ignition system. It's technically a transponder chip key -- and anti-theft device. 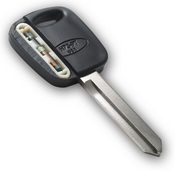 But onward to the painful point. I went back to HD today and met its very nice certified key-making guy, who looked at me a bit funny when I said I wanted three duplicate ignition keys. He had read my naiveté like a book. “You do know this is a $65 key?”

No, I did not know that. Uh, you got any smelling salts?

I instantly downsized my order to a single duplicate, fighting back an urge to ask if maybe I could get my truck to somehow start with, like, a house key … $2.95?

Then, I got the key details of keying up for today’s computer-based vehicles.

Nowadays, a duplicate key has to be perfectly crafted to identically match the original. Nothing new there. However, once done and buffed, the new key literally has to be hand-introduced to the vehicle it will possibly someday start up. In my case, me and the key guy had to walk out to my salt-encrusted, sand-floored Silverado.

First checking to see if the newbie would open the driver’s door ( it did), Mr. Keyman then put the newbie in the ignition. The dashboard announcement area lit up, as much as saying, “Hey! WTF is this!?”

Introducing a new key to the ignition is a very critical moment. The locksmith held his breath. Glory be, the dashboard apparently sniffed the butt of the new key and found it acceptable, signaling the same with a glowing little acceptance light. 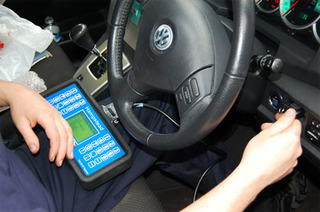 Success – which I was told is not always the first-try case.

But the day’s lesson was far from over. I’ve only owned one key for my truck since I bought it. I was told that’s nuts.. If I had lost that lone key, I’d have to get an entire new ignition system -- starting at $300 and accelerating forward from there, based on any omplexities that might/would arise.

I’m assuming that new ignition thing is true – and wasn’t just a way to make me feel better about now needing to check out to the tune of $69 for a single key.

Again, all y’all likely knew this key key issue but for anyone who didn’t I’d strongly suggest saving up for a duplicate key – and placing it in the glove compartment. Just kidding. I’ll leave it up to you where to hide the co-key – on the outside of the vehicle.

Warning: If you own a serious vehicle, i.e. worth something, you absolutely do not want to bypass the key transponder chip system. It might save some money up front but could eventually screw up your insurance and even foul up a lease agreement. Large numbers of fish will disappear from the tropics by 2050, according to a University of British Columbia study that examines the potential effects of climate change on marine life.


Researchers used the same climate change scenarios as the UN’s Intergovernmental Panel on Climate Change to project a large-scale movement of marine fish and invertebrates. They concluded that changing temperatures will drive more fish toward Arctic and Antarctic waters.


The UBC team came up with a worst-case scenario, in which the Earth’s oceans warm by three degrees Celsius by 2100. In that case, fish could move away from their current habitats at a rate of 26 kilometres per decade. Under the best-case scenario, where the Earth warms by one degree Celsius, fish would move 15 kilometres every decade.


William Cheung, co-author of the study released Friday, said the tropics would be the “overall losers” because countries in these regions rely heavily on fish for food.


Cheung and his colleague used modelling to predict how 802 commercially important species of fish and invertebrates react to warming water temperatures, other changing ocean properties, and new habitats opening up at the poles.


“As fish move to cooler waters, this generates new opportunities for fisheries in the Arctic, ” co-author Miranda Jones said in a release. “On the other hand, it means it could disrupt the species that live there now and increase competition for resources. ”


Some of the fish stocks may adapt well to their new habitat, but some may not, Cheung told CBC News. He said for those that cannot, it may be because of the absence of specific spawning grounds or food items, or the occurrence of new predators.


The study was published in the ICES Journal of Marine Science (International Council for the Exploration of the Sea) and follows previous research out of UBC that looked at how warming ocean temperatures are driving species toward cooler, deeper waters.


That study, appearing May 2013 in the journal Nature, said climate change has been affecting global fisheries for the past four decades, with "serious implications for food security" in the tropics. 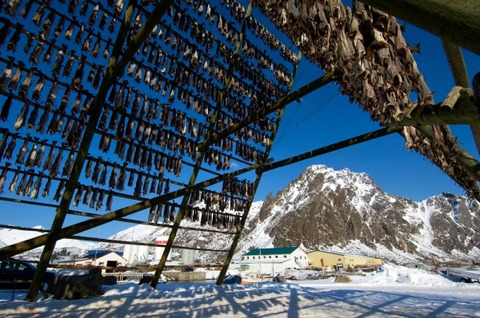