Wednesday, October 12, 2016: Classic day for a Classic fishing session. Despite putting in what amounted to a decent amount of time by my AD/HD surfcasting standards for me, I landed a great big nada. No surprise. This a.m., when I put on shorts to fish – and felt the mild water beneath my bare feet -- I knew any thoughts of a weigh-in were way off the mark. There as an air temp of 33 taken on the Island early this a.m. 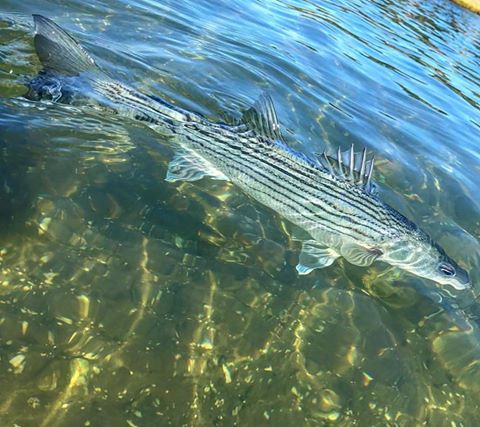 The Holgate Rip proved interesting due to the fluke being taken right there in front of me. The must-throwback flatties were otherwise keeper-sized; going for mullet and even hardheads fished off bottom rigs. Tony C. got a couple on plastics. I see where some other areas of NJ are also into frequent flatties. The draw could be the sudden showing of clouds of smaller spearing. Also foraging about were compact balls of very small bunker. I threw net on a couple pods, seeing the darker water and hoping for mullet. A few mullet were still on the move but the size was highly mixed, usually a sure sign the run is done.

Note: Holgate tip is accessible ONLY at low tide. We have large easterly groundswells from a distant hurricane (Nicole) starting to hit the bars. Coupled with a waxing full moon, there is going to be significant beach overwash in Holgate and any other thin beach areas. Also, some rip currents today are going easily 50 yards out to sea.

While plugging the frontbeach, I had one decent, highly-obvious swirl on a swum Zara Spook. It looked to be much larger than a snapper. No follow-up hits, though I sure tried. 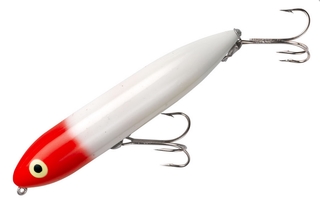 Two dead loggerhead turtles have washed up in Holgate, less than 50 yards apart. One is decayed almost down to the bone, while the other is fresh-dead.  There’s a picture below from Wilber K. I’m not being insensitive to wildlife but the, let’s say, eroded one is offering a very fine carapace.

Guy told me I just had to see "the snapper" he caught. I'm thinkin,' "Dude, you seen one snapper blue you seen 'em all." Uh, maybe not. 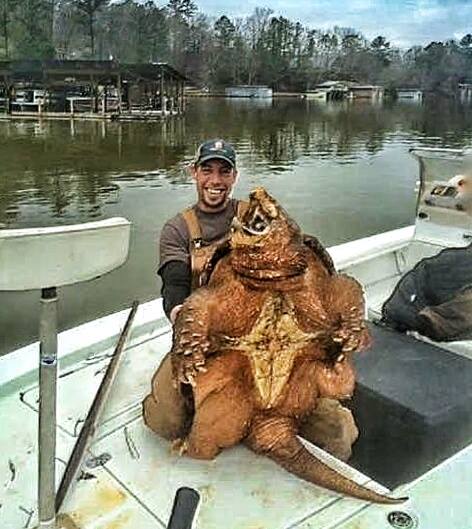 BUGGY BANTER: No sooner do I show a video of how wide and unencumbered the Ship Bottom beaches are than huge dredge pipes hit the sands there today; around  20th Street.

Elsewhere, beach-wise, Spray Beach is huge and firm; as wide as it has been in all of modern times. I used to lifeguard there so I have some background knowledge.

One semi-tough driving spot is north Brant Beach. There’s a decent amount of drive room but some super sinky sand sections demand lower tire pressure. I’m not sure why it’s so loose.

There was a spattering of beachgoers enjoying the sun today. They were thoroughly friendly, based on wave exchanges I had with everyone I passed. I always greet folks. My dad taught me that. Took a ride to Holgate this morning early to sneak up on the fish. they must have lookouts because they took a powder. sad to find a large turtle dead on the sand about midway to the rip.

met up with some buds and shot the breeze for a while. again no fish but a great day on the sand.

Today. A thoroughly deceased deer on an LBI beach. Possibly the one that was seen swimming around up IBSP way. There's no guessing what moves a deer will make during the rut. If this buck though there was some ass over on the barrier islands ... They're as far south as NY. Please keep a-comin'. 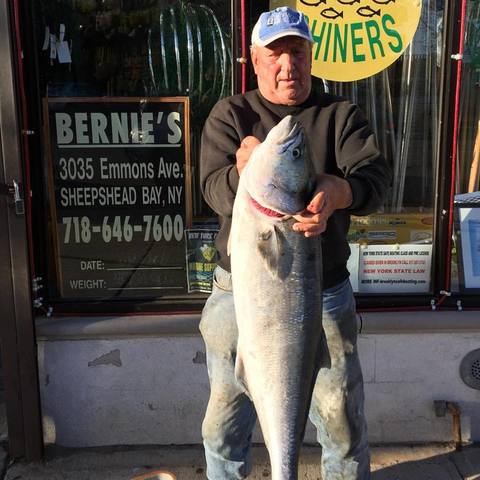 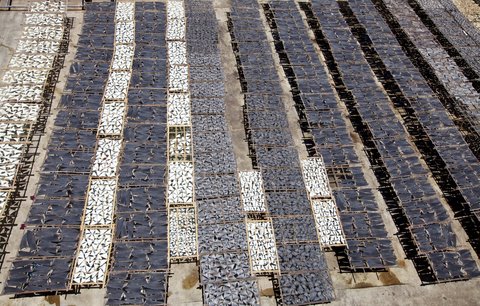 
Shark-fishing houses are banding together to fight a bipartisan bill that would ban the trade of shark fins.


The bill, sponsored by Sen. -Cory Booker (D-N.J.) and Del. Gregorio Sablan (D-Northern Mariana Islands), seeks to expand on Congress’s ban on shark finning, in which fishermen cut off the fish’s fin and return it to the ocean, usually to die.

Supporters say finning is cruel and has decimated populations of shark species, including endangered ones. The bill has dozens of co-sponsors, including House Foreign Affairs Committee Chairman Ed Royce (R-Calif.) and Senate Energy and Natural Resources Committee Chairwoman Lisa Murkowski


(R-Alaska). It was introduced at a news conference with actor Morgan Freeman.


But the shark industry, which supports the ban on finning, says the bill would shut down much of the industry.


Domestic fisherman use more than just the fin, but the fin — usually exported to China for use in soup and other culinary purposes — represents about half the monetary value of the fish, said Shaun Gehan, the lobbyist for the ad-hoc coalition. 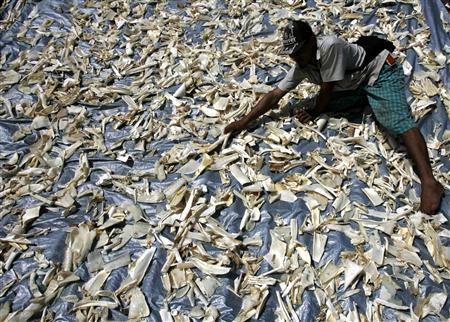 
“It harms the guys who play by the rules, and only rewards those who are doing the very thing the proponents of the bill object to. So it’s very frustrating.”


Shark fishing is a $2.2 million industry in the U.S. and mainly operates on the East and Gulf coasts.


Gehan is a solo practitioner who frequently represents fishing businesses and others involved in animal-related trades.


He says his advocacy has mainly focused on meeting with congressional staff and lawmakers, particularly representing states home to shark fishing like Florida, Louisiana, North Carolina and New Jersey.


He plans to incorporate public outreach as well.


“One of the things that we’re hoping to do ... is to hopefully do a little public education on how the U.S. manages its fisheries and what the issues are,” Gehan said. “Because really, this country’s a model for the world.”


Lora Snyder, a campaign director at Oceana, defended the shark-finning bill, saying it would make it much easier to enforce the ban.


“Once fins are on land, whether they’ve been imported in from countries where there is no finning ban or it’s been done illegally, there’s no way to tell if those fins come from a shark that has been finned,” Snyder said, adding that the fins could even come from endangered sharks, which is always illegal.


Snyder said it’s important for the United States to lead on the issue.


“We know that when the U.S. steps up and leads, others follow,” she said, citing domestic action on ivory as an example.


Oceana is not interested in completely shutting down the practice, Snyder said. Shark fishing would still be legal under the legislation, along with the sale of shark meat.


Gehan and the fish houses maintain that the bill is not the right approach.