Wednesday, October 03, 2018: It’s a dang shame that the summerishness has to also slow the fall arrival of bigger bass ...

Weren't expecting that, were ya?

When your buddy says, "No need to get there early." 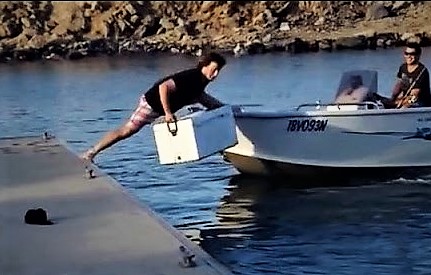 Wednesday, October 03, 2018: It’s a dang shame that the summerishness has to also slow the fall arrival of bigger bass, blues, and if luck should have it, red drum. Of course, we don’t want a red drum to be too big since we can only keep a redfish between 18 and 27 inches. I’ll offer the exact language on that maximum size: 1 (fish) not greater than 27″. That should mean a 27.99-inch red drum is good? That might matter in a money way since the 2018 LBI Surfcasting Classic has a prize for the biggest red drum.

I’ll only mention in passing – having harped on it for years – we used to be neck-deep in big red drum, called channel bass hereabouts. It was a fishery that easily outsized and outnumbered our striped bass. By the by, other names for red drumfish include redfish, spottail and red bass. My dad did call them red drum.

Insane overfishing factored heavily into their NJ demise. There were likely environmental changes impacting the stocks. Per myfwc.com: “Since estuaries are such vital nursery grounds for red drum, we must realize that deterioration of water quality or loss of suitable habitat can have drastic effects on the number of young fish that survive into adulthood.” The life span of a red drum can exceed 40 years.

As to our seeing red drum drift up our way from the drum-rich Carolinas, it’s not in the species temperament. They’re very much homebodies, seldom traveling very far from where they were born. Might that same stay-home penchant favor some future effort to reintroduce redfish to our waters? I think that would be a big “definitely.” What better place to foster their return than gently placing them in the pure Mullica River Estuary System … up to Little Egg Inlet? Maybe NJ's Hayford State Fish Hatchery or Pequest Trout Hatchery know how to perform such reproductive magic. In fact, I’m going to contact them regarding what it would take to hatch a slew of them. 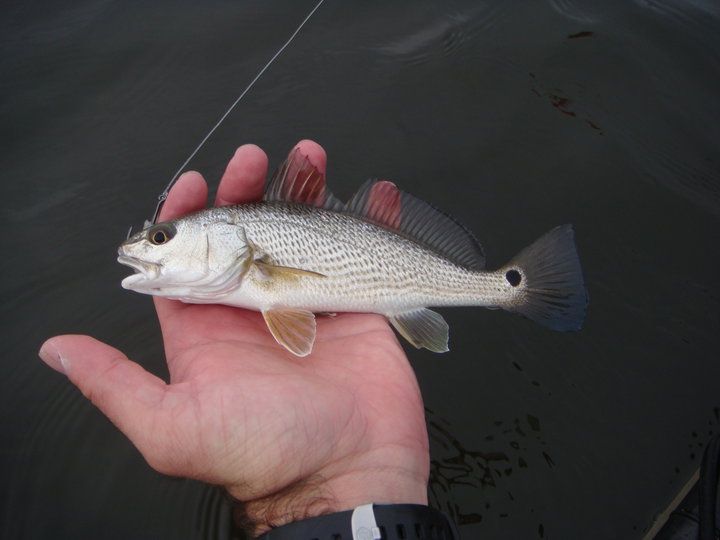 REPORTS: Had a call from a kayaker who bested a few "keeper-size" stripers recently; all released. He just wanted me to know that some larger bass are out there, bayside, south end. I had written of only way-small stripers. “I was close to the bank (LBI). They could have easily been caught from shore,” he said. While I still stick with the old rule of strictly fishing the front beach surf during the Classic, bass taken from bayside beaches can be entered, but not if taken off docks.

Bluefishing remains small-time. I’d like to think all these smaller blues could mean slammers are coming down the pike. That's almost a non sequitur, since the two sizes are world's apart in their travels -- the smaller ones not wanting to be eaten by their aunts and uncles. I’m far more confident that we’ll be seeing a nice influx of way-weigh-worthy bass this fall. The best chances of that comes via stirred up ocean conditions -- to keep the big fish from leisurely lollygagging off the beach, lazily stalking bunker pods. 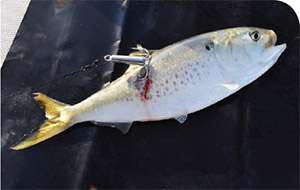 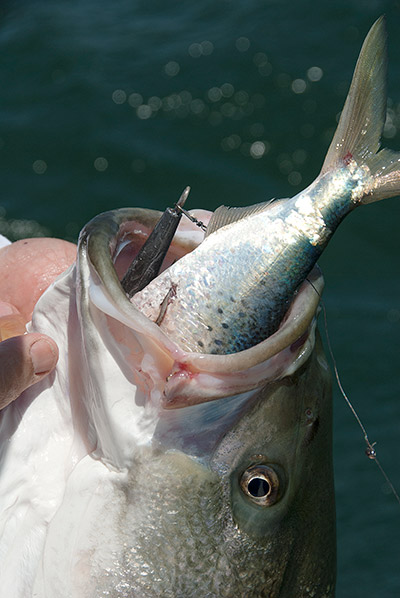 Above: On The Water

IN THE PINK WITH BLINK: As you likely know, the LBI lights are blinking again. The big new blink is 28th Street signal in Ship Bottom, which had remained on cycle year ‘round … for many years. No longer. It's now a straight southbound run from 10th Street (Ship Bottom) – with the only cycling traffic signal on all of Long Beach Boulevard – all the way to Holgate. Speeds vary a bit. If you’re going northbound from Ship Bottom, Surf City slows to 35 mph. Most common is 45 mph, with 40 mph in more populous and business-oriented areas.

Not that it's fully respected by drivers but there’s a well-marked 25 mph "School Zone" on the Boulevard at the Beach Haven School (when kids are present). Buck the speedy system by actually slowing down for that zone -- as if your kids attend that old brick school.

FYI: Long Beach Township beaches are now thru May 15th. Below are the prescribed access beaches. Erosion and such can close any of them at any instance.


The T-Shirts Have Arrived! Sign up for the Long Beach Island Surf Fishing Classic and get a free t-shirt and hat - all for just $30. These shirts went fast last year and will be sold at $20 after the tournament starts. Register at your local Bait & Tackle store. Tournament runs from Oct. 6 to Dec. 9 with $$$ daily, weekly, segment and overall prizes.