If there are any lingering doubts about how bored fans get at soccer matches ...

Wednesday, November 25, 2015: Such a day. For those of us who couldn’t care less about a little chill in the air, it was an ideal day to do all kinds of things – which I did.

Getting work out of the way early, I got to the woods to check on a report of a “totally huge” coywolf down toward Bass River. I quickly came across massive canine prints but I’m pretty sure they were dog tracks, as in a big-ass pet-type dog. The claws were too sharp. Most often that's a sign of a pampered pet. Cannes in the wild wear down their claws. However, the tracks I saw might not have been the tracks of the animal seen by a two different households in the area. Both families described a light-colored German shepherd-sized coyote, with really wiry fur. Yep, that would be a coywolf. And a loner to boot. I left a trail-cam out there. I'm looking into wireless cams that send out images in real time -- so you can keep an eye on the woods from a smartphone or home computer, using cellphone services .

Here's a good one. 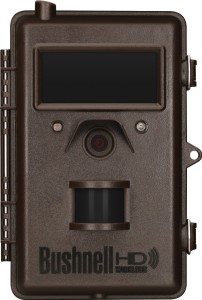 I then zipped back to LBI for the blowout tide. Clamming was almost too easy on the close-in mudflats; nearest the backcut. The only down side was the overall larger size of the clams in the way-low-tide mud. I ignored cherries and larger. I still got a fine showing of steamin’-size necks.

Oddly, while digging I came across a slew of bloodworms; far ore than usual. Yes, they're the exact same species we fish with. They were Jersey-sized, which at the very largest are barely medium-sized in Maine. Still, they’re plenty sizable enough to fish with, though I left them for another day – after picking them up -- and taunting them enough -- to allow them to live up to their old “spearchucker” nickname. Really. They were actually once called spearchucker worms.

As I oft note, I dug Jersey bloodworms for quite a few years, mainly in spring. Our worms are an ideal size for winter floundering. They were in high demand back when you could keep enough blackbacks to make it a brisk springtime fishing attraction. Killer regulations killed that seasonal filet source -- taking the bait demand with it.

Next time I'm on the flats I'll do a little video showing you the bloodworms of which I speak.

Below: You know the bloodworm look ... Here being rinsed in Maine. 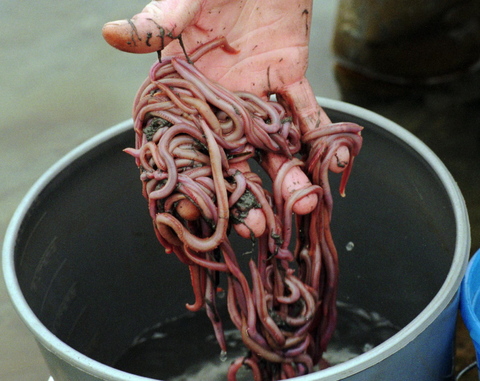 I drove the beach and actually got a few reports of stripers begin taken in the surf. I got photos coming on at least one of them. Bunker is doing the trick, big surprise. I hear the sandbars were exposed enough to walk. It's always better to get bait out as far as possible during high sun. Late day, bass sneak in a lot closer. Not that I'd know. I plugged until dark and got naught. I have one last shot at a Thanksgiving striper before dinner, after dark, tomorrow.

I have a slew of reports of exceptional boat bassing. I won't even hint at locales -- as if the flotillas don't tell it all.

Sandra J. Klose Must be catching some fish today. (LBI) 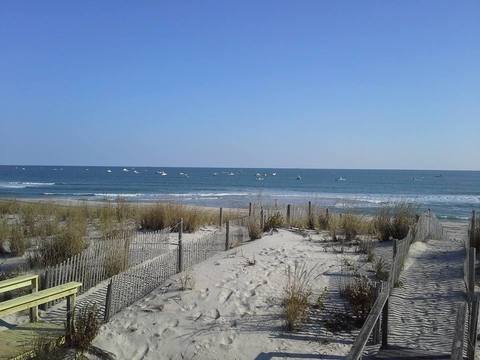 To heck with turkey, it's time for 'butterball' bass! If you needed a fishing excuse this holiday weekend, you…

Thats gangsta . 2011 skippy gangster one of my all time favorites

Older spook I made,from my memories of an old Van Halen Albulm cove 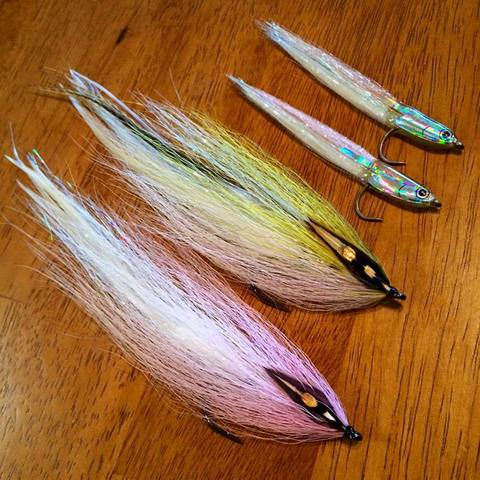 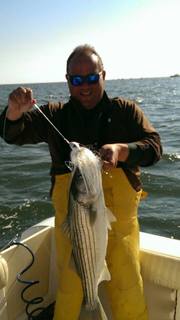 Mike Laptew
It's hard to believe how fast these fish can pull a turn and brake formation.
false albacore 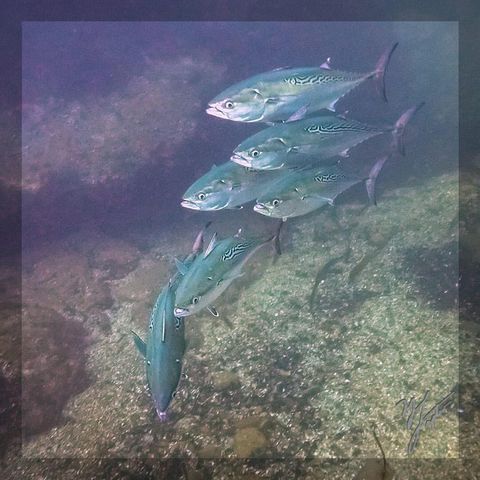 S&S bucktails would like to wish everyone a happy thanksgiving

Ocean County Prosecutor Joseph D. Coronato and Long Beach Township Police Chief Michael Bradley announce the arrest of Conrad Sipa, 52, of 1 Homelands Drive, Colts Neck, New Jersey in connection with the death of Richard Doody, Jr. Mr. Doody’s body was found at his residence in Barnegat Light by Officers from the Long Beach Township Police Department on Monday, November 23 after a concerned family member was unable to make contact with him.

An autopsy conducted by Dr. Ian Hood on November 24 determined that Mr. Doody suffered blunt force trauma to his head and slash wounds to his neck. Dr. Hood ruled that Mr. Doody was the victim of a homicide.

Sipa is charged with one count of Murder and one count of Possession of a Weapon for an Unlawful Purpose. His bail was set at 1 million dollars cash only by the Honorable James M. Blaney, J.S.C. He was taken into custody at his residence this afternoon. A murder conviction carries a mandatory minimum term of incarceration of 30 years and a maximum term of life. Possession of a weapon for an unlawful purpose is a second degree crime which carries a maximum penalty of 10 years in New Jersey state prison.

Anyone with any information concerning this case is asked to contact Detective Raymond Gardner of the Ocean County Prosecutor’s Office at (732) 929-2027 or Detective Ronald Hullings of the Long Beach Township Police Department at (609) 494-3322.

The media and the public are reminded that criminal charges are only accusations. Each person charged with a crime is presumed innocent until their guilt is proven beyond a reasonable doubt in court

Sources say 60-year-old Richard Doody, of Staten Island, suffered from head trauma as a result of a fatal beating inside his Barnegat Light home. (November 25, 2015 4:05 PM)

A man has been arrested in connection with the murder of a retired FDNY firefighter on Long Beach Island.

Conrad Sipa, of Colts Neck, is charged with murder and possession of a weapon for an unlawful purpose.