Below: Guess which gal is the wife of a NASCAR driver ...

This weekend I think I'll sun away from the crowd so I won't get bothered ...

I was on the bay this morning and was getting hot fast -- and the gnats were truly atrocious. Fortunately, the light south ocean breezes began by midday on LBI.

Most forecast have west winds blowing all day but we know better than that. The land/sea breeze thing is showing its stuff today.

As I’ve been noting, conditions like this can lead to some pretty brisk late-day, side-ass SE winds -- before they lie down at dark for a good night’s rest. I’m more convinced than ever this pattern will play out for much of the weekend, though I think the south winds will start earlier each day, and persist. If you can grab Friday, do it. 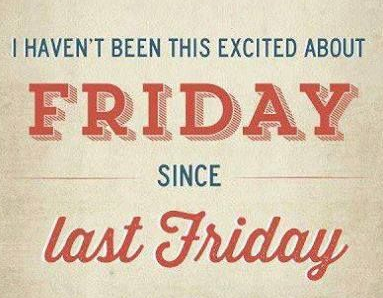 The ocean is gorgeous, chilly but clean and clear. There is enough groundswell to keep things riled enough for bluefishing and bassing the suds.

Further below is a midday vid-look at the beach in Surf City. I took it to show the dredge pipes seemingly moving north to start the North Beach and Loveladies segment of the replenishment, as somewhat scheduled. That also means Holgate is ready to rumble, sand-wise.

Great Lakes began at the south end of Beach Haven, possibly due to prevailing southerly wind patterns. It’s hard to say if they’ll do the same in Holgate, not that it matters that much – although the sooner the sand is placed adjacent to the refuge, the sooner it’ll begin migrating southward. The many nesting plover will be thinking “Is it just me or does it seem to be a longer and longer walk to the ocean everyday?” They’ll be just fine. The sand won’t move in all that fast. What’s more, there could be a load of tasty vittles drifting south with the dredged sands, things like worm and crab pieces.

An historic little house was moved off LBI today. Here it is going over the Hochstrasser bridge. I might have taken it going over the Big Bridge but there was nowhere to legally stand up there and I really didn’t have that much time. That sucker was moving slow. Ask some of the traffic behind it. I got to say “Hey” to a bunch of folks I know, hung up behind the house. The company had a two-day permit window to move it out of Ship Bottom and yesterday had sky problems so they had to get a move on it today. The thing is it was only about 75 on LBI, as sea breezes began. By the time they get deeper into Stafford, it’ll easily be near 90-plus from mainland heat off bouncing off the asphalt.

Here's a vid of the house heading off LBI: http://www.youtube.com/watch?v=JYJccL5JXA4&feature=youtu.be 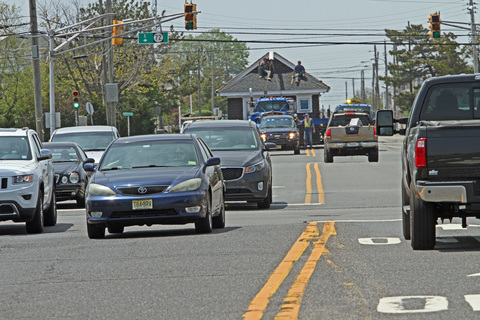 I can tell by my tally taker that folks don’t get in here as much over the weekend. And this weekend will surely be doubly so. I see the Island filling to near-record fullness. Remember that rebuilt houses after Sandy were often expanded upon, i.e. enlarged. I know of more than a few that gained rental units and/or guest rooms. That’s exactly how you get an already summer-crowded island ever more crowded.

I know it irks many local folks when I say I sincerely like the crowds -- providing they don’t all pull out in front of me at once. Fortunately, even with teeming crowds there's not a big rush for the organic fruit and veggie section at Acme -- a supermarket I grew to like over the winter. Maybe a few cents more expensive than elsewhere but always well-stocked and a very quick in-and-out. I'll repeat that was winter.

My love of crowds stems from the days when I loaded a year’s worth of fun in between June and September – before heading back to school. The more the merrier. And we rocked. 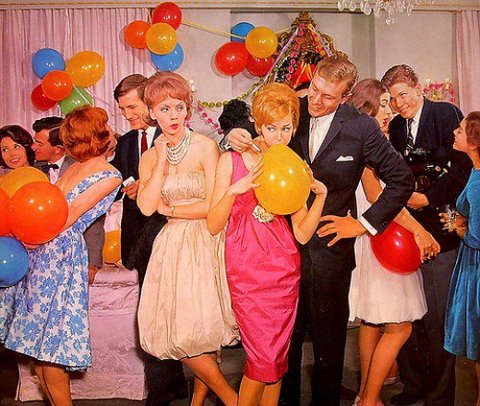 At the same time, I get an odd summer shiver every time I see folks clamming on the bay.

I clammed professionally for many kid and even post-kid years. Brutal work – from which my shoulder still cramps when a storm is coming. So-called “clammer’s shoulder” effects the arm and side of the body that was above water -- and hung onto the basket and inner tube. It gets twisted at an unnatural angle every time you reached down to grab a clam. Math tells the rest – and the damage. I would often get 2,000 clams a day. That was the minimum number of times I tweaked that basket-holding shoulder. Now multiply that by six days a week -- for over a decade of six-month clamming seasons. Ouch.

Below: Awaiting my partner in clamming. My doctor officially diagnosed “clammer’s shoulder” after seeing an x-ray of my shoulder. And it wasn’t a pretty sight in a calcium buildup, wrecked rotator sorta way.

But, I was a decent tredder and often had crazy amounts of money for my young age.  Even back in the 60s, I had many $100 days. I won’t get into how much that would be worth in today’s economy but it sure helped pay some college expenses. 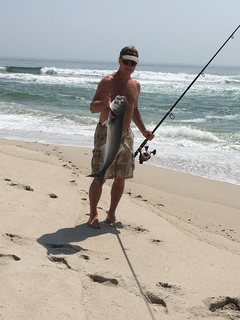 
Another epic day out there!! I pontilize on an old tree I saw ... See http://www.youtube.com/watch?v=dsfM_p0V1aw&feature=youtu.be 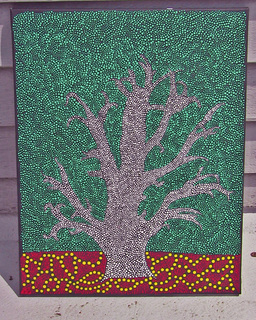