Wednesday, June 22, 2016: For waveriders and ocean-goers, this day might ring an odd bell. 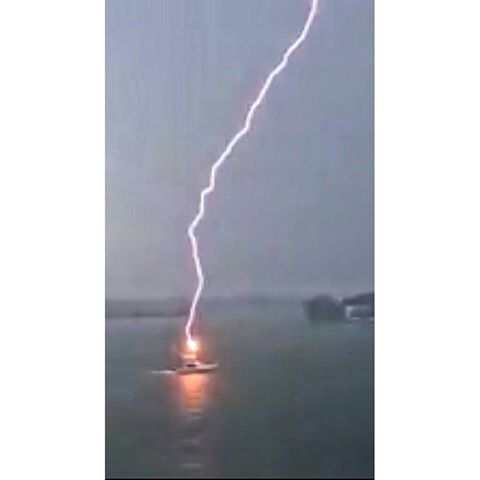 Below: A hailstone from yesterday's cell in Barnegat. Cathy Antener (I'm trying to confirm some hailstone damage to vehicles. If anyone knows, please let me know so I can pass on to Weather service.)

Wednesday, June 22, 2016: For waveriders and ocean-goers, this day might ring an odd bell. It is the day “Jaws” was released in 1975. It did to waveriding what “Psycho” did to shower-taking. Oh, we all continued to surf after seeing this moderately fact-based piece of cinema fear tactics. But never again would we feel quite the same in the water, legs dangling … and these John Williams chords echoing: http://www.youtube.com/watch?v=xnCqezlaDVs. They were played by tuba player Tommy Johnson.

Oddly, the movie eventually led to lowered shark fears, as we relentlessly slaughtered anything that even sounded like shark. Many a snark became collateral damage.

Now, the rebound effect of conservation has literally filled our waters with the men in gray suits. However, there have never been more folks waveriding. Most everyone knows the odds.

You have a better chance of winning a huge lottery than being shark-bit. In other words, if you rush into the water to celebrate winning $50 million … and get eaten by a shark – wow, it was your day … kinda. 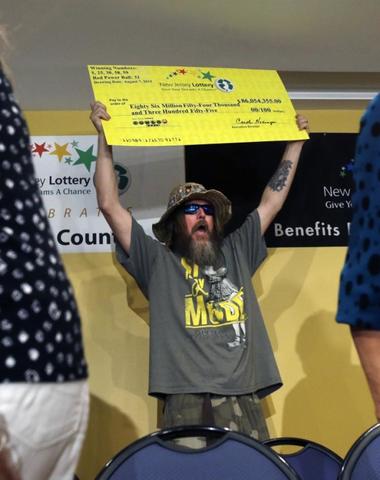 In numbers now being bandied about, your odds of being taste-tested by a shark are 1 in 3,748,067. That’s on average. Folks in Montana and Tibet have a lot better odds in their favor. 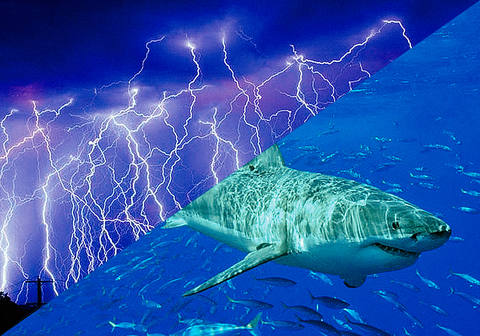 With sharks a-flourish, I maintain there’s not a bloody thing wrong with accidentally catching-and-releasing sharks.

Anglers are the main folks conserving them. We should be allowed to accidentally-on-purpose be able to toy around them. Surfcasters put a huge chunk of change into the economy. As the blues move off and the bass showing levels out at a modest-at-best summer take-rate, sharks offer a wild beachside target. 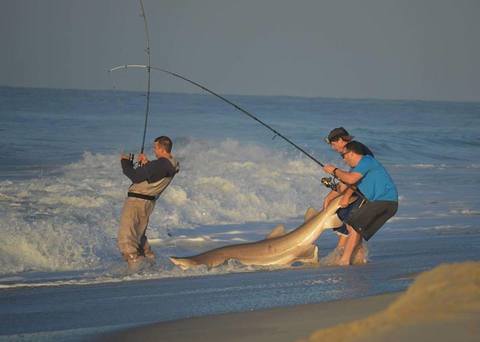 By catching and releasing sharks, we might even be doing a public service -- knocking those predators a bit off their alpha thrones. Since sharks can see when out of water, they surely register the look of the monsters that just dragged them in. The next time they’re sniffing around the legs of human waders, they’ll flash back and take off with their tails between their beta legs.

I’m going sharky not only because of the Day of the “Jaws” but also due to early reports that there is already some wild sharking to be done, in a bycatch manner, mind you. 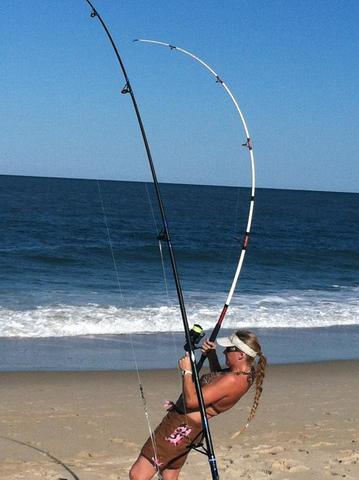 Since we can’t legally seek sharks, I’ll note that gearing up for monster bluefish just happens to work with the gray suits. Just sayin’.

In return for my vicarious OK to go shark-seeking, remember that sharks can be like delicate flowers. I kid you not. When pulled up on shore, they have to be quickly unhooked, photographed and released. This is not just for suffocation reasons but also because the mere weight of larger sharks, when out of the water, can damage their internal organ. If you’re letting everyone in the gathered crowd take a selfie with the fish, it’s pretty much doomed. Like other large fish and many marine mammals, the bodies of sharks are designed to be surrounded by equal pressure. Top heavy, out-of-water gravity does not become them.

That brings us to the surfcasting question of ID’ing a landed shark. I have a simple solution for that: Release ‘em all. Later, you can have an expert ID the species, via photos.

Finally, I’d be remiss not to point this out: Since you might accidently be handling protected shark species, the law demands you get them back into the water quickly and safely. Legally, you can be held responsible for toying around too long with a protected shark. I’ll again reference the common selfie-taking release delay. I’ve seen it on a number of times.

I was once compelled to act (Harvey Cedars), by pulling a decent-sized, last-leg dusky back into the water, despite the protest of both the angler and some crowd members. The fish actually had more life in it than I thought … but still. Luckily, the angler didn’t get attackish. But, he was pissed, mainly because – and I swear this is true – he had sent his wife back to the house to get a camera. A couple folks in the crowd ran with the “Jaws”-ish “My children swim here! Why did you put it back in?!”

I was told by authorities that you can get a severe fine if a protected shark is landed and dies due to your “negligence.” There’s obvious ambiguity there but that “negligence” also applies to boat-caught sharks. As one officer told me, “I’ve cited people for releasing a dead shark.”

This crap really pisses me off. Found this beautiful Hammer with its jaws hacked out then dumped behind the dunes. This was Monday on the Padre Island National seashore at the 8.5 mile mark. Not sure why people do this stupid sh*t but it needs to stop if we're going to have these beautiful creatures in the future. Disgusting waste of a precious resource. If anyone knows who pulled this crap educate them please.
— at Padre Island National Seashore. 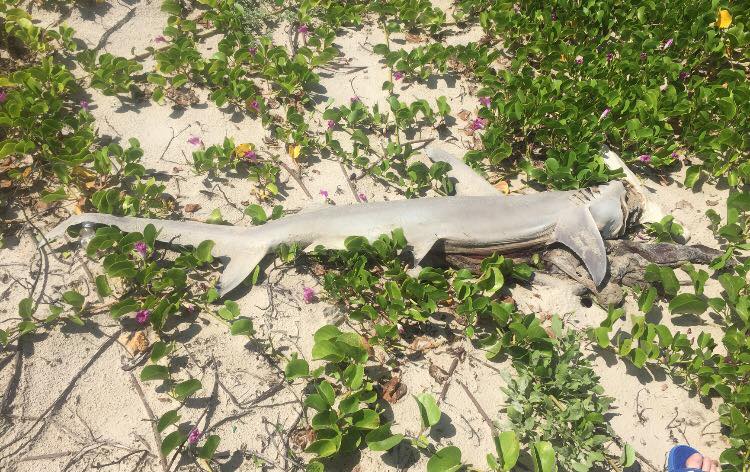 RUNDOWN: Fluking should shine for days to come. By that I mean the act of fluking should shine, conditions-wise. As to hooking take-home material, the jury is still out, locally. I’m hearing a tad of radio chatter indicting bay and/or inlet drift are slow but still putting some meat in the cooler.

Arriving damn-decent weather conditions that will likely have the largest fluke-seeking flotilla of the summer jousting about, bay and inlet. Play nice.

For surfcasters, the swell is backing off a bit, though still pushing a solid three feet, though the direction has changed from east to south.  Instead of well-marked lines, we now have peaks. This will reduce the nearshore stir of bottom waters, allowing for a better feel when jigging fluke. A fellow I know has gotten a fine surf fluke a day for the last three days. All went for jigheads and not teasers. 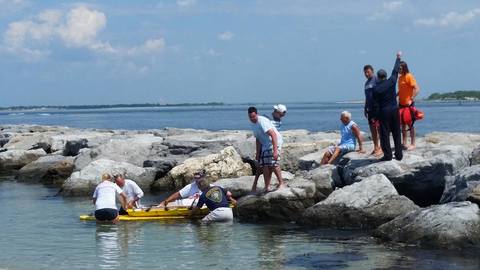 As always thanks to the volunteers of our First Aid Squads (all island volunteers included) and a reminder to the "weekend  warriors" who choose to do dangerous things that necessitate these folks going out and rescuing whoever from whatever. These folks are our mothers, fathers, sons, daughters, sisters, brothers and we want them safe. Please think before you act. and have a safe summer.