Wednesday, June 07, 2017: The sun just busted out, midday. The fishing potential is huge for surf and jetty fishing ...

TRENTON -- The State Police and state transportation agencies will conduct a drill Thursday to rehearse a traffic pattern that would be used on some segments of highways in the event of a hurricane, the state Department of Transportation said.

Officials will practice a so-called "contra flow" pattern, in which traffic would be reversed on highways that would be used as evacuation routes.

None of the highways will be closed during the drill. Workers will stage cones, barrels and other equipment along roadways but will not erect them. The DOT reminded motorists that it is illegal to pull over on a freeway unless in the event of an emergency.

A"He seemed so much smarter as a baby" moment

Wednesday, June 07, 2017: The sun just busted out, midday. The fishing potential is huge for surf and jetty fishing. Boat angler still have deal with some 15 mph NE winds.

The weather is looking up -- and ever further up by the weekend. Winds will be fishable/workable, with some testiness now and again. Per always, it’s timing trips with an understanding of wind tendencies on and around LBI. By the weekend, a.m. sessions will shine. Late-day could see summer-like sideshore winds.

Sunscreen will be mandatory, daily -- possibly through all of next week. Hey, we just paid the dismal, drippy bill, now we cash in on the swing of the sun pendulum.

Water temps have been a tough call. The NE winds have blown in mid-60s. However, cooler water is at the ready when the winds swing west and south in coming days.

Fishing is fair on the bass front. The surf is offering keepers and near keepers to jiggers. I can confirm this. Bait fishing for bass still offers the best chance of big meat. A clam-tosser had three fish to 32 inches in the suds; kept one, 28.5-incher.

Despite that insane, weakie-loaded bass caught by Paulie, many stripers are running sorta thin. Nothing alarming, it might simply mean they’ve made a long, low-food run up this way from down south. Migration urges can override hunger urges.

I just read this post from Daniel DiPasquale “Botched forecast doesn't matter fluke practically beaching themselves and the birds are about to move in.”

While I haven’t had anything short of a couple fluke-like short hits jigging the surf – I’m jumping higher up and harder for bass – I can see where the water temps and bait presence are right for sudsy flatties. I might even try an old favorite, dating back to my dad: squid strips, split ends, on white-haired jigs. They cast great in rougher surf conditions. The tough part this method is reading a pickup quickly, deciding if a fluke has grabbed just the squid, and needs time to suck in the jig hook, or if a flattie has gone the total inhale route, sucking in the whole shebang, requiring one of those famed full-bore hook sets.

Below: Jared Esley Got em

Bluefish takes are falling, unexpectedly. Nonetheless, this spring’s run has been coming in well-marked surges. There could easily be a surge or two yet to come. This weekend will tell. It’s going to be heavily fished. Play nice, especially if you use public boat ramps.

I ran into a fan of black drumfishing and he said it has been a very down spring. He’s caught some nice ones but still recalls those excellent drumfish springs not that many years back. He has a lagoon home and fishes the drum all summer. His wife make supreme black drum fishcakes, though he’s a stickler on using only smaller “spring” drumfish. I won’t pass on what he has to say about summer drum, edibility-wise.

Quick local note: Kmart on Rte. 72 Manahawkin is closing. Bummer. They had a very fine tough-clothing line, including Carhartt and such. I’m waiting for world on any going-out-of-business sale, eyeing clothing and plants. I do ALL my tackle buying in local bait and tackle shops. And so should you.

Below: Yet another reason to always take the upper bunk ...

Below: Turkeys circling dead cat. Weird looking at first blush but this is a common type of prey/predator behavior, roughly based on the old human premise of keeping your friends close and your enemies closer. Wild turkeys are notorious for ganging up on cats, seen in the photo below. In this circling video, they sense they have the upper hand, though they're not overly sure why. At the same time, they're also loving their domination. ... And sometimes the turkeys are making a big mistake ... 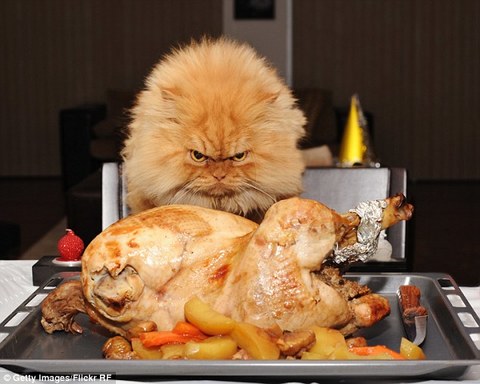 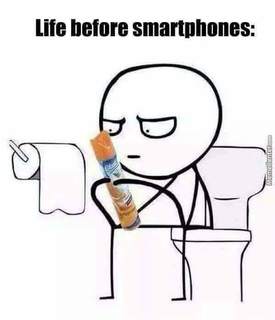 Attention bay anglers.Please commit the look of this tiny jellyfish to memory. It's the hard-stinging clinging jellyfish. This invasive nasty has mainly been found in north Barnegat Bay but I've seen a couple down this way. Researchers are trying to follow any expansion of its range. If seen, try to safely remove from water ... and get a pic. For now, dispose of any clinging jellies. If I hear the researchers want to get a gander at captured specimens, I'll find the best way to hold and transport them. 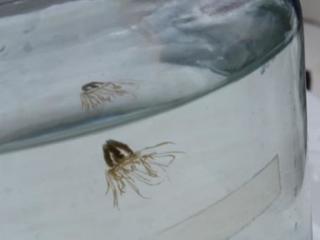 Washington, D.C. –The Environment Protection Agency announced that Ocean County College will receive a grant of $101,352 to implement the strategic plan for the Barnegat Bay Partnership. The partnership works to improve water quality, protect the natural habitat and living resources, and support sustainable human uses of the Barnegat Bay estuary.

“As an Ocean County resident and active boater, I’ve seen firsthand the value that the bay provides to Ocean County and I understand the issues Barnegat Bay faces,” said Congressman MacArthur. “Since taking office, I’ve been a strong protector of the bay and have consistently supported fully funding the National Estuaries Program, as well as reauthorizing the program.  I’m thankful that the EPA has provided these grants that will help preserve the bay for future generations.”

Good morning! Need some help trying to identify this fishing lure. It was in a tackle box that I bought at a yard sale and the gentleman couldn't give me any history on it. Anyone?? 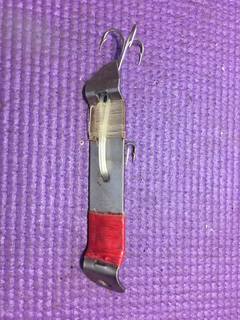 (Talk about walking a fish to the beach ... Virginia) Photos from saturday. I will never forget that day. Great trip with even greater people! 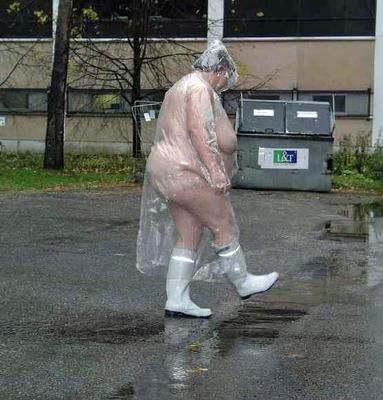