Wednesday, December 17, 2014: And isn't it a lovely morning? That line always reminds me of the Blazing Saddles black-humor scene … http://www.youtube.com/results?search_query=blazing+saddles+lovely+.... (Check back possible updates later.)

Raunchy race relations of the past aside, it was a pretty in out there and also nicely temperature for mid-December, hitting 50-something. I got in some casting but even my reel got bored. I chatted with pro caster Ray S. and he hasn't felt a fish-on for over a week. A couple other die-hard bait-tossers have gone over 8 hours straight with el zilch-o to show. 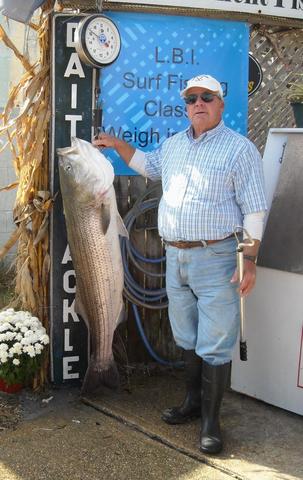 Back to today, the ocean itself looks profoundly fishy. It’s cleanish and greenish with temps still holding in the mid- to upper-40s, ideal schoolie bass waters.  However, the only bass action is right at dark – and for 30 minutes, tops. I still work the BH Terrace/Spray Beach area. While I've yet to be skunked there, folks fishing that zone during the day have gotten nowhere fast.

HOLGATE HAPPENINGS; Down Holgate way, the snowy owl – a blazing white male (I’m told) – is way down toward the Rip -- “18” marker and sometimes further south. A modest number of photogs and admirers have been hawking the owl.  They’re coming in buggies and hard foot. I say “hard’ because it’s a friggin’ haul to hike to the end with the sand so loose from recent storms.

Today marked the return of a personal raptor favorite, northern harriers. There were two seemingly bonded females doing their nonstop swooping and dipping over the grasses. They were working in unison with very little in-fighting so they might be siblings. Usually, when a cruising harrier meets up with another, midflight, there’s high tension in the air – and even occasional dogfights, though most of that is just feather-rattling and rarely includes actual impacts. It still cool to watch -- put on headphones with the sound of WWI dogfights. 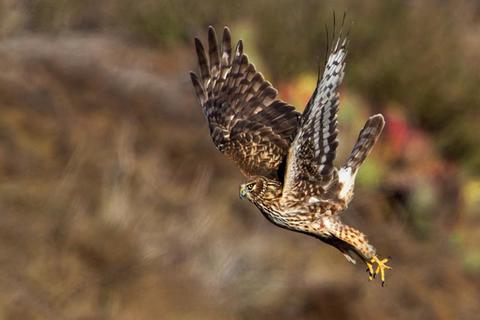 For more serious birders, there are some unusually large flocks of snow bunting in Holgate, though you only get a glancing look at them as they seldom stay put. By the by, snow bunting are often eaten by snowy owls, at last that I’ve found the remains of them in snowy owl boluses, the oblong blobs owl regurgitate after digesting all the meat off a prey item.

Below: Not so hot pics I took today -- before the speedy snow bunting buggers zipped away.) 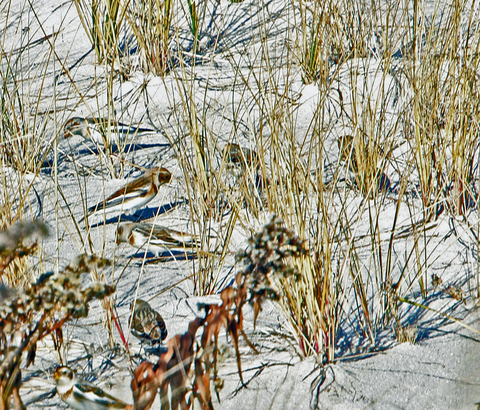 For folks unfamiliar with the distance markers in Holgate, this is what one looks like -- at the 10,000-foot mark. 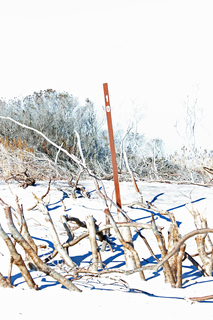 Tomorrow a.m. might be clam-able on the mudflats, low enough tide permitting. Some folks might try the ugly drive in. Not me. Legs do you thing. 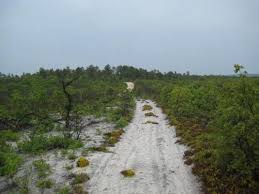 "What's your best explanation for the pigmy pines off 539 in Warren Grove?"

Jay Mann: This area is often described as "plains" or "pygmy pines plains," indicating they're more susceptible to fires. Those frequent fires burn faster and move forward more quickly, due to wind exposure. Other areas of the Pinelands that don't become as noticeably dwarfed or stunted often have stands of deciduous trees or lines of cedars blocking fire progress, so there is not uniform burn/recovery pattern like those off Routes 539 and 72. In fact, the finest example of "pygmy pines" anywhere on the planet can be seen on both sides of Route 72 west of the Rte. 539 junction -- and extending to the Chatsworth turn-off. 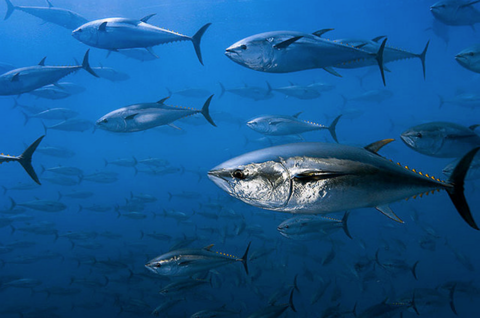 This is a top-grade come-along ... essential for offroading and beaching ... works with chain and textile ropes.

I want to pass this along for folks who might want to help someone at Christmas:

“Hi Jay - We share a mutual FB friend Tony Stetzko who fell into bad health (viral pneumonia) . We know him as a former NJ guy who is a true waterman. I didn't know with your many contacts if this might a cause you would consider getting behind to incite people of similar interests to help him out htt 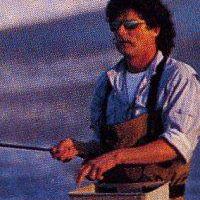 Those pigmy pines you spoke of just past the now vacant land where Joe's Drive- In once stood are not so small anymore.